You had us at ‘free’ – Winnipeg Free Press

Art is priceless, whether it’s a master’s work that hangs in a famous gallery or a child’s drawing that’s tacked to the family’s refrigerator.

Even better than priceless art is art that has no price. There are many works of public art, galleries that are open to the public and exhibitions that explore the world around that we can enjoy at a price for which Winnipeggers have become famous: free of charge.

Here are five stops on a city art crawl worth a visit:

The Idea of Trees

Assiniboine Park is always a great place to visit, even in the dead of winter. For those who have embarked upon 10,000-steps-a-day New Year’s resolutions, the park is a great place to hike and enjoy the great outdoors.

When you need a warmup, head to the third floor of the Assiniboine Park Pavilion and check out the Ivan Eyre Gallery, where the Winnipeg Art Gallery has put on display The Idea of Trees. The exhibition pays tribute to the Winnipeg artist, who died last November.

The Idea of Trees exhibition on the third floor of the Assiniboine Park Pavilion pays homage to the late Winnipeg artist Ivan Eyre, who died last November.

He donated a trove of paintings, drawings and sculptures to the Assiniboine Park Conservancy in 1998, and the backbone of The Idea of Trees are two multi-panel paintings from that collection, Summer Suite and West Valley Hills, both of which are close to eight metres long.

Interested in more Eyre brilliance? Head on down to the Winnipeg Art Gallery, where another sampling of Eyre’s works adorn the walls of the third-floor lobby, and two of his giant sculptures sit outside the building.

David Loch, a Winnipeg art dealer, had this to say about Eyre, his longtime friend, in a Free Press story published shortly after the artist’s death.

“You show me another genius in Canadian art that can match Ivan Eyre… You won’t find one.”

There are plans to create a sculpture garden for Eyre’s bronze works at Assiniboine Park. 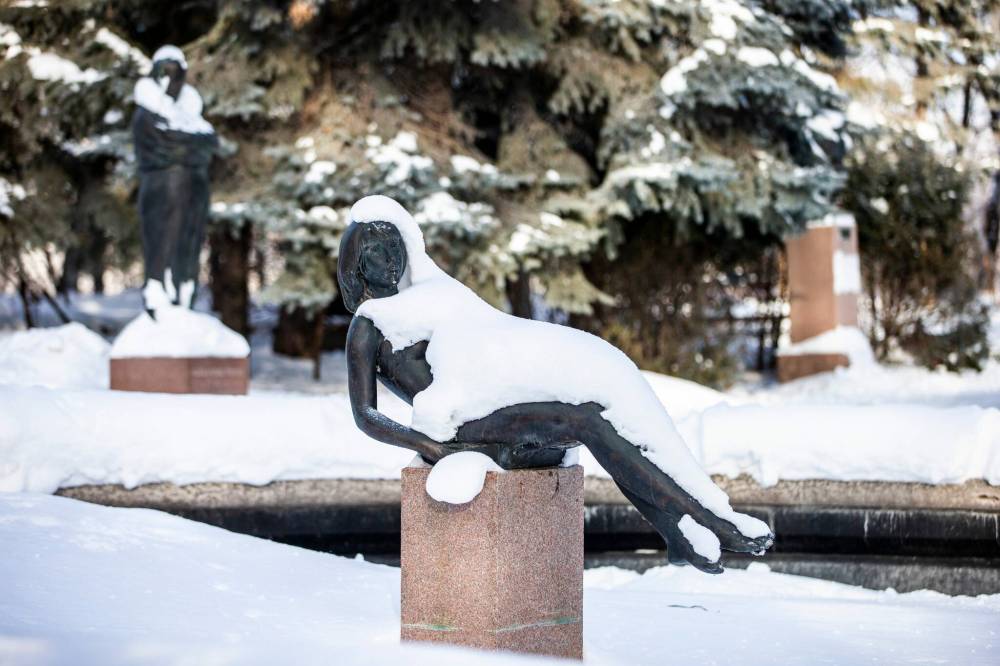 Assiniboine Park’s Leo Mol Sculpture Garden is dedicated to the Winnipeg artist whose sculptures and stained-glass art can be found all over the city and across the province.

To have an idea what that may look like, take a quick walk to Assiniboine Park’s Leo Mol Sculpture Garden, which is dedicated to the Winnipeg artist whose sculptures and stained-glass art can be found all over the city and across the province.

The sculpture garden, which was built in 1992, is more of a summer haven for folks who stroll through the park or for wedding photos, but it takes on a new mood in the winter when snow and frost adorn the sculptures, especially Mol’s famous statue Tom Lamb, a bush pilot who is wearing a parka and pulling on an airplane propeller.

I saw the way you speak

Off to the Exchange District, and the Platform Centre for Photographic and Digital Arts, where a new exhibition, I Saw the Way You Speak, opens Saturday.

Patterns and repeated imagery are the themes of the exhibition, which includes works by Manitoba photographers Alexis Dirks and Suzie Smith, as well as New York’s Katherine Frazer and Quebec-based Anishinaabe artist Caroline Monnet. It’s presented in partnership with Mentoring Artists for Women’s Art (MAWA). 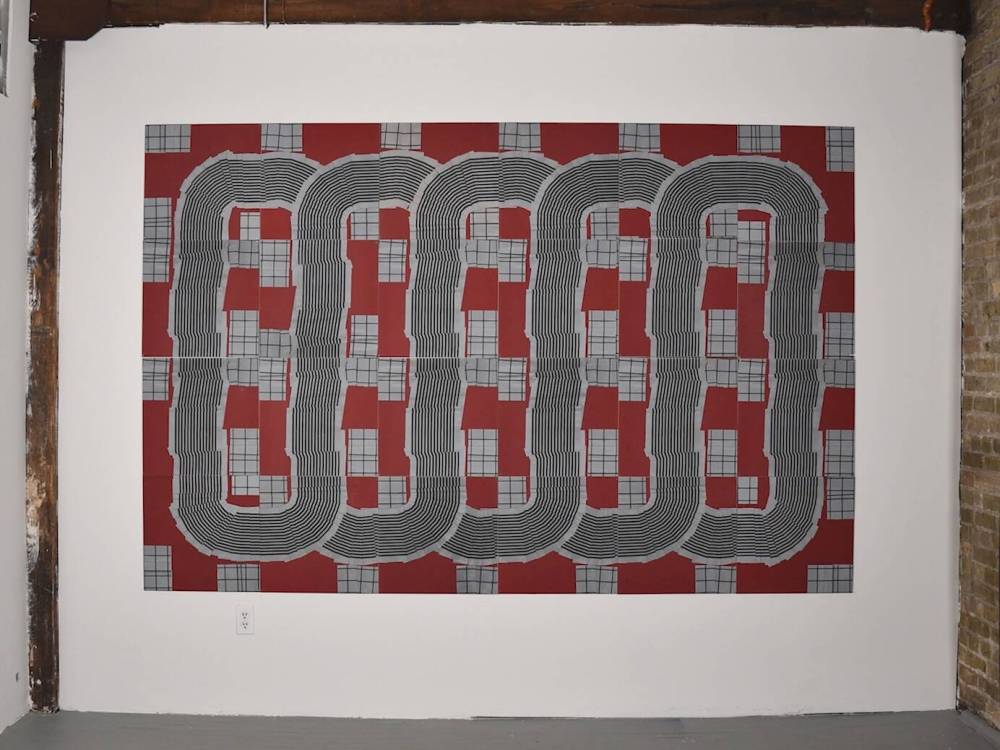 Suzie Smith’s Work in Progress and Moribana is part of I Saw the Way You Speak at Platform gallery in the Exchange District.

The exhibition was planned to open Friday along with First Fridays in the Exchange, when area galleries and artists open their doors to the public, but illness has postponed the opening to Saturday, and the artists’ reception to Feb. 3, starting at 6:30 p.m.

I saw the way you speak opens Saturday. Platform Centre is open Wednesday to Saturday, 11 a.m. to 4 p.m. Free admission.

The Manitoba Museum charges a fee for entry, but visitors get free admission on First Fridays from 4 p.m. to 9 p.m.

Friday evening will offer a final chance to check out another photographic exhibition, The Lost Expressionist — Nick Yudell, A Photographer Discovered, which focuses on Yudell’s images of his life, relationships and his home in Morden during the 1920s and ’30s. 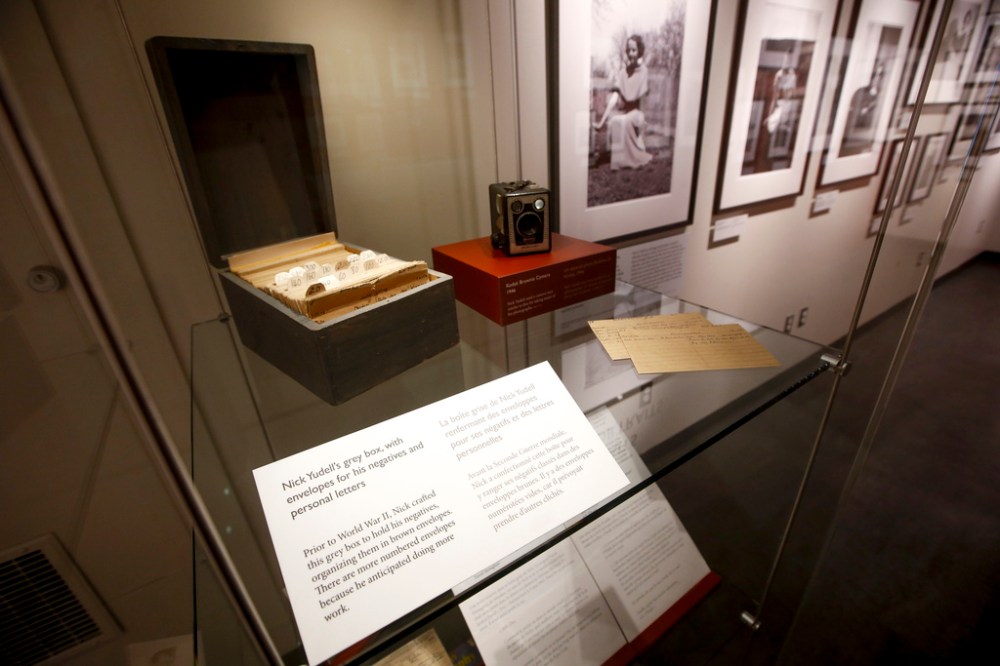 The Lost Expressionist — Nick Yudell, A Photographer Discovered focuses on Yudell’s images of his life, relationships and his home in Morden during the 1920s and ’30s.

Yudell would become a flight sergeant with the Royal Canadian Air Force during the Second World War; he died during the North Africa campaign in 1943.

Curator Celia Rabinovitch restored Yudell’s negatives, which had sat for years, and 58 photos from that collection are in the Manitoba Museum exhibition. The show winds up Jan. 9.

The final stop on this journey sends us to Union Station, which besides its gorgeous interior — look up, way up at the ceiling — hosts Queen Elizabeth II & Winnipeg: A New Architectural Exhibit. 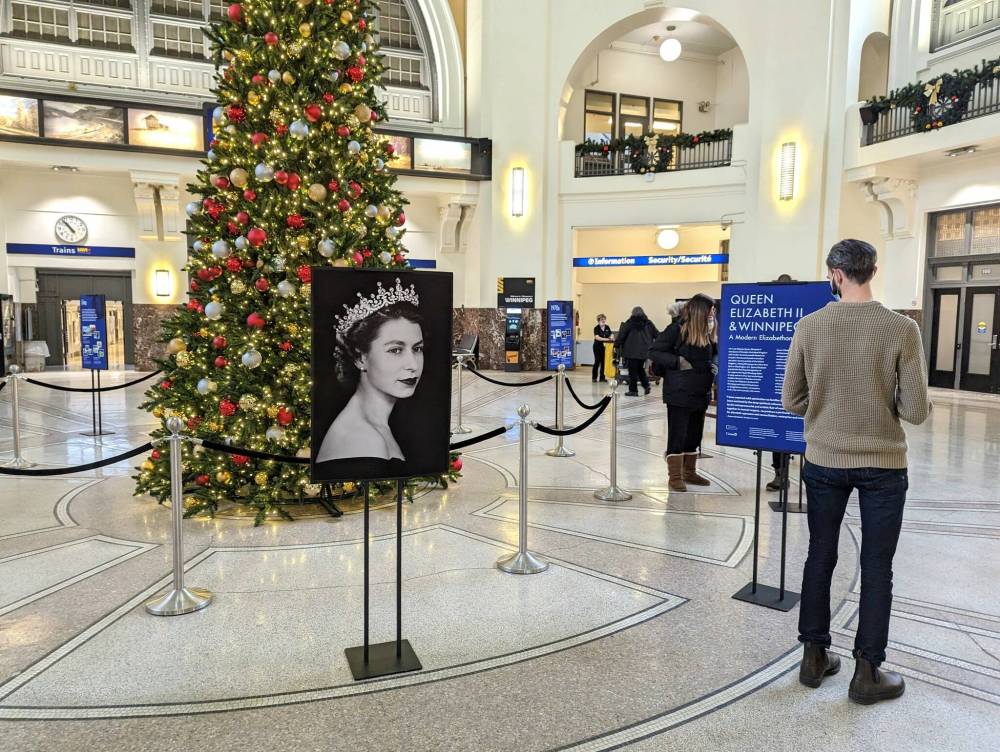 Queen Elizabeth II & Winnipeg at Union Station is produced by the Winnipeg Architecture Foundation and curated by Daniel Guenther.

It’s a look back at Winnipeg during the 70 years of the modern Elizabethan period, which began in 1952 and ended with the long-reigning British monarch’s death Sept. 8 of last year. 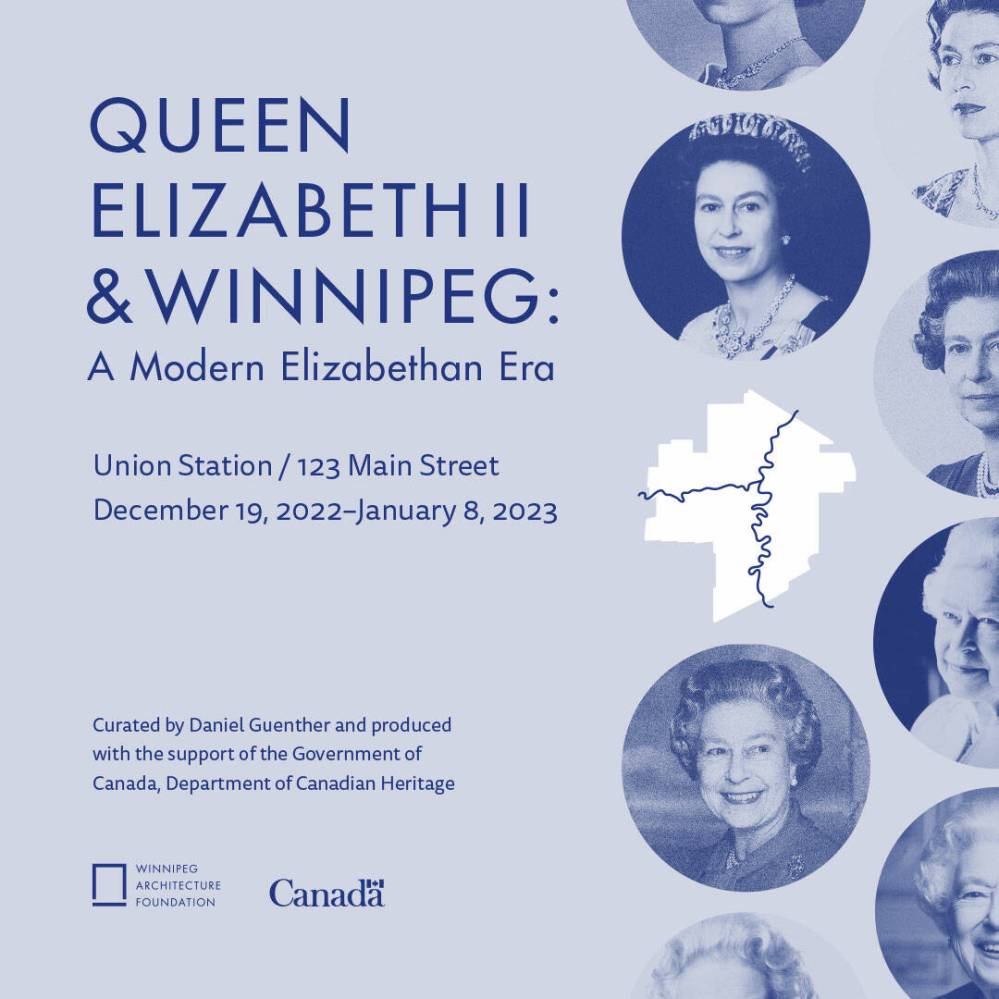 The exhibition, curated by Daniel Guenther and produced by the Winnipeg Architecture Foundation, offers a decade-by-decade retrospective of the city’s landmarks and focuses on Queen Elizabeth’s fondness for the city during her frequent visits.

“Winnipeggers may be surprised to learn how renowned our city is for architecture, so there is no better place to examine the progress and diversity of (post-Second World War) design than in our Prairie city, which Queen Elizabeth visited more than most world capitals,” Guenther says.

The bilingual show winds up Sunday.