YOU BE THE BOSS: Have your say on what the Jets ought to do in 2022 offseason 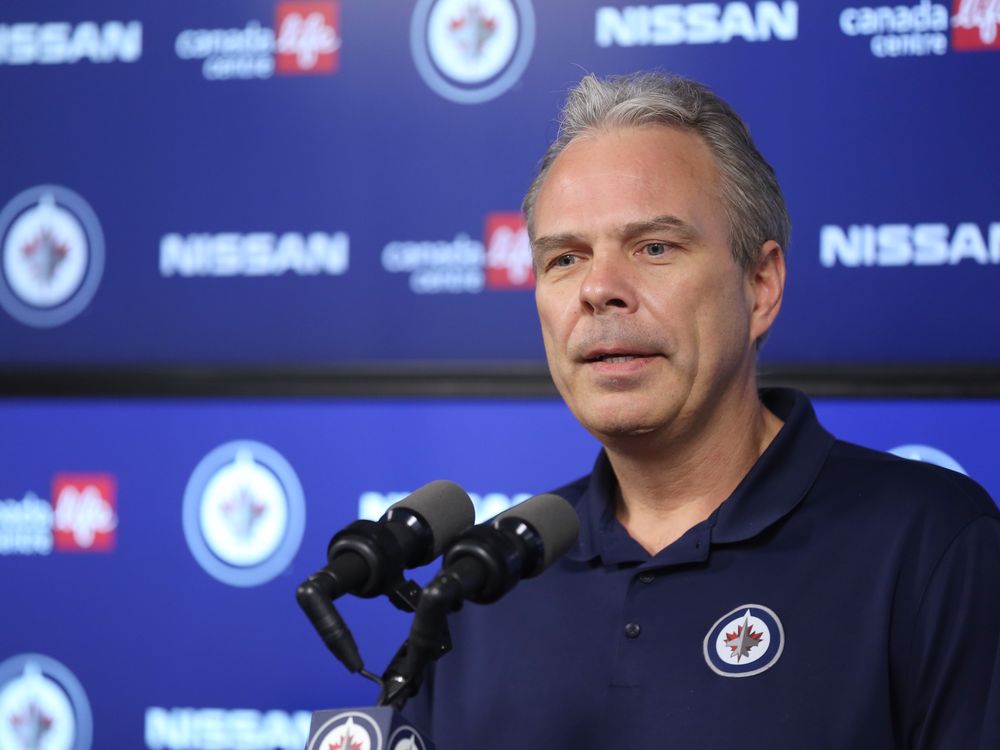 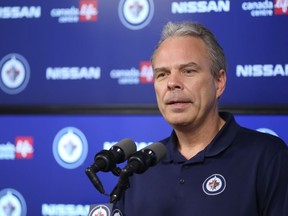 Who should be the next head coach of the club, and is the right answer Barry Trotz?

And how much money and term should the team throw at young centre Pierre-Luc Dubois?

Those are just a little taste of some of the questions we ask you, the reader, to answer in our annual You be the Boss survey at winnipegsun.com.

Winnipeg’s year can be categorized as a failure to meet expectations.

Nearly $10 million in additions to the blue-line were supposed to propel this team to greater things after back-to-back seasons where starting netminder Connor Hellebuyck willed the club into the postseason.

A 9-3-3 start to the year was the team’s best since returning to Winnipeg in 2011, and the team flirted with first in the Central Division — back in those familiar digs after the all-Canadian North Division during the pandemic-riddled 2020-21 campaign.

But the wheels began to fall off in late November, with the team dropping three straight in ugly fashion to Pittsburgh, Columbus and Minnesota. A few nights later, they were shut out by the lowly Arizona Coyotes and by mid-December, a 4-2 loss to the Buffalo Sabres led longtime head coach Paul Maurice to walk out on the club.

A slew of regular-season games would get postponed not long after, and interim head coach Dave Lowry never could get the club all pointed in one direction.

And then the walls caved in.

Questions of culture, accountability and motivation crept into the public eye.

Mark Scheifele made it clear that he was disgruntled, although his play on the ice spoke volumes long before publicly pondering his future in the city.

Neal Pionk called the season embarrassing. Paul Stastny questioned the respect players had for one another.

There was nowhere else to hide from an obvious divide in the room.

Now, Chevledayoff, who was handed a fresh three-year mandate at the end of the season, faces his toughest challenge yet in an offseason he has to get right.

A potential lifeline was tossed to him in recent weeks as the New York Islanders made a shock decision to fire Dauphin’s Trotz. The Stanley Cup-winning head coach with a penchant to turn defensively absent teams into stalwarts in their own end of the ice appears to be exactly what the Jets need.

But can the club win a bid for a free agent head coach in high demand?

Once that’s taken care of, Cheveldayoff then has to turn his attention to what to do with Scheifele. Can the relationship be mended?

The team would like to sign Dubois, Scheifele’s heir, to a long-term contract, but some have suggested Dubois isn’t interested in such a pact given that he’s two years away from unrestricted free agency and the ability to call his own shots.

Can Cheveldayoff convince Dubois that Winnipeg is home?

There are plenty of other decisions to be made as well.

The line of prospect defencemen waiting to get their chance with the big club continues to grow, but space in Winnipeg’s rearguard, as it stands, is limited.

Dylan Samberg made his intentions known in limited time with the team, playing in the top-four and excelling there as he battled an injury-filled year.

Declan Chisholm shined with the Manitoba Moose this season, as did fellow defenceman Leon Gawanke and Jonathan Kovacevic.

And then there’s Ville Heinola, the offensively-skilled 2019 first-round defender who was impressive in the playoffs for the Manitoba Moose playing in all situations.

Heinola’s defensive work may need some work, but here’s a young player who was counted on to anchor Manitoba’s power-play, kill their own penalities and be tasked with big minutes at five-on-five.

When does he finally get the long look others have had?

It’s answers to these questions and plenty more we want to know from you, the fan.