Winnipeg is punching above its weight when it comes to its food scene — that’s according to a Canadian food critic in town Thursday for a culinary tour of the city’s newly-opened restaurants.

“There’s a lot of top-notch restaurants in terms of the national food scene,” said Dan Clapson, a Calgary-based food writer who co-founded Eat North and regularly writes for Culinaire and The Globe and Mail.

He first came to Winnipeg four years ago on assignment, not knowing what to expect. He said he was “blown away” by what the city had to offer, and he’s back every three or four months taking notes on the new and noteworthy places.

On Thursday, Clapson went on a culinary tour with Tourism Winnipeg’s Mike Green.

Green took Clapson to Clementine, The Common at The Forks, Forth and Constance Popp’s to try a new Birch syrup ice cream — and they did it all on bicycles.

“I get really excited to see places like Clementine … They have a lot of interesting international ingredients on the menu here that you don’t see at a lot of brunch places in Canada,” said Clapson. “It’s things like that that Winnipeg has that I don’t think the rest of Canada realizes.”Dan Clapson and Mike Green tried Clementine’s fried chicken toast with pimento cheese, pickled squash and herbs. (Dan Clapson)

Segovia owners Adam Donnelly and Carolina Konrad opened Clementine in an Exchange District basement in May. Since then, it’s been packed every weekend, and is still bustling on a Thursday morning.

“I guess the feel is a more inspired brunch than you could make at home … using some of the cool things we can get locally here that people may not know about,” said Konrad. “Breakfast is something we’ve never done before so it was kind of a whole different challenge.”

She said the national attention so soon after opening has been nerve-wracking.

“It’s nice, but it’s also a little bit scary just in the sense that we didn’t really have a grace period when we opened,” said Konrad. “It was kind of like the first day everything needed to be very good because we knew that there were people like this coming by … We’re just focusing on getting our menu perfected and letting everyone settle in.”

Winnipeg’s culinary scene has seen huge growth in the last two years, with locals bringing in ideas from other cities and putting a local spin on it, said Green, who also writes for Peg City Grub.

“Even, for instance, here at The Forks, there’s nowhere else in Canada that’s doing this, that has a liquor license for a whole market area. You can grab a beer and go shopping, which is like, outrageous,” said Green. 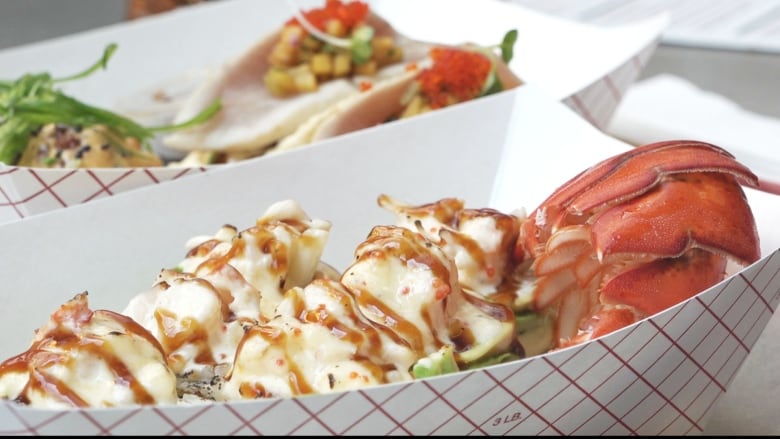 Fusian Sushi is among the offerings at The Forks. (CBC)

Despite the changes, Winnipeg is still trying to shake its reputation for being a “meat and potatoes” city in terms of its culinary scene, Green said.

Green and Clapson agree on three must-see spots in the city for visitors: Segovia, Enoteca and Deer and Almond, though Green’s list of places extends to the Main Street burger joint VJ’s and “time-capsule” favourites like Rae and Jerry’s and 529 Wellington. 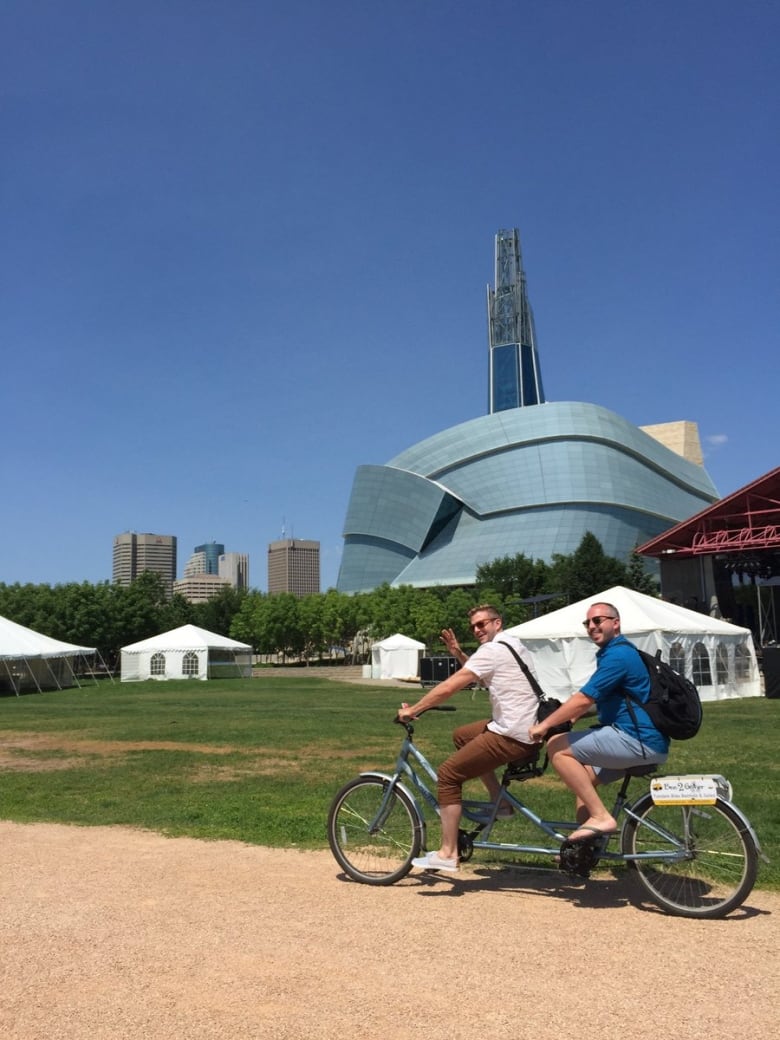 Clapson said Winnipeg has outgrown Edmonton both in food quality and the diversity of what it has to offer, and the city is “leaps and bounds” above Saskatoon and Regina, he said.

“I find the people here are a lot more willing to work together,” he said. “You see restaurateurs supporting other restaurateurs. You know, eating at each other’s restaurants, and really just helping the scene grow collectively. It’s that sort of camaraderie between everybody that I think is raising the profile really well.”

What can Winnipeg do better?

Where does Winnipeg have room to grow? It’s attention to detail, Clapson said.

“Some places open up when they don’t have the nicest finishings they could have or they didn’t hire an interior design when they probably should have,” he said. “As a city grows, everything becomes more competitive, so if you open up and you’re not putting the full effort into every aspect of the restaurant, then you won’t be as competitive.”

He’s increasingly seeing more attention paid to marketing and interior design at Winnipeg’s restaurants, and he expects it to take time as it has in other major centres.

In terms of what’s next for Winnipeg, Green thinks we’ll see a lot more “pickled stuff” and winter vegetables on local menus.

“We have a shorter growing season, but I think we’ll probably start seeing more people take cues from Scandinavian countries where the culinary scene is world class,” said Green. 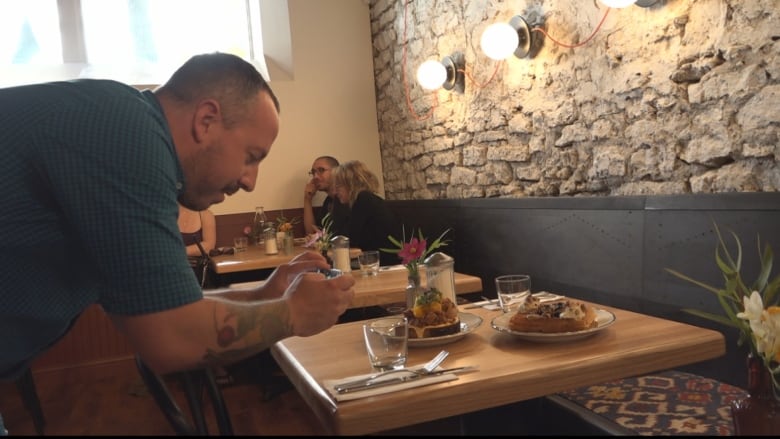 Clapson snaps a photo at Clementine, where he sampled locally-sourced smoked arctic char, a Brussels-style waffle and several other dishes. (CBC)