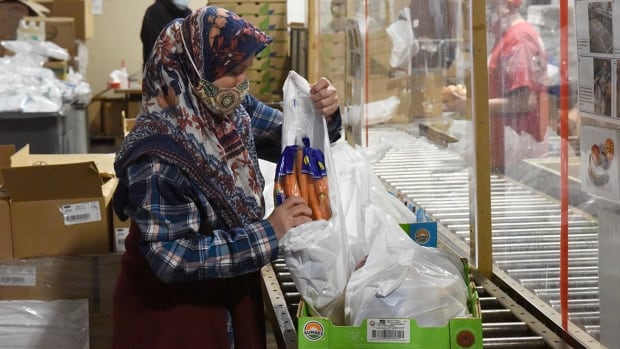 Some of the largest organizations providing food to people who need it in Winnipeg say as inflation rises, they’re worried about what that could mean for the services they provide.

That’s because as the cost of things like food and gas stay high, the need for help is ralso growing — but people’s ability to donate isn’t.

Vince Barletta, CEO of Harvest Manitoba, said year-over-year demand for food banks in Manitoba has been up by 40 per cent. It’s a trend he says is happening across the country.

“Rising prices for food, for fuel, for just about everything that we buy, is pushing a lot of people — and of course a lot of Manitobans — really to the edge in terms of being able to make ends meet,” Barletta told CBC’s Information Radio guest host Pat Kaniuga on Monday.

Last month, Barletta said the organization’s hamper programs supported more than 15,000 households — or around 40,000 people. That’s on top of tens of thousands more who get support from Harvest Manitoba through soup kitchens, drop-in centres, school programs and other means.

In August, Canada’s year-over-year inflation rate was seven per cent. That’s a drop from the 39-year high of 8.1 per cent in June, but still means Canadians are paying significantly more for everything from groceries to gas than they did a year ago.

While people from all backgrounds have used food banks in the past, Barletta said Harvest Manitoba — the province’s largest food bank — is seeing a jump in working families and seniors on fixed incomes being forced to ask for help.

More people from working families and on fixed incomes are being forced to use food banks in Manitoba as the inflation rate stays high, Harvest Manitoba CEO Vince Barletta says. (Svjetlana Mlinarevic/Harvest Manitoba)

Rising costs are also straining the organization’s own budget, from buying food to filling up its fleet of vehicles with gas, he said. On top of supply issues, high prices have made items like jars of peanut butter and tins of meats and vegetables harder to get to families.

It’s a problem Siloam Mission, which works with people experiencing poverty and homelessness in Winnipeg, is also experiencing.

The vast majority of the organization’s food comes from donations — which means as inflation squeezes would-be donors’ budgets, Siloam Mission is having to come up with ways to make up the difference, said communications manager Luke Thiessen.

“It’s finding ways to do more food collection. We do a lot of setting up in grocery stores and partnering with other businesses to collect food and clothing donations and things like that, as well as relying more heavily on our various fundraisers through the fall,” Thiessen said over the phone on Monday.

“We’re coming into our biggest fundraising season likely a little bit behind where we’d like to be. So that’s cause for concern, as we know that people’s ability to donate is probably less this year with the rising cost of so many things.” 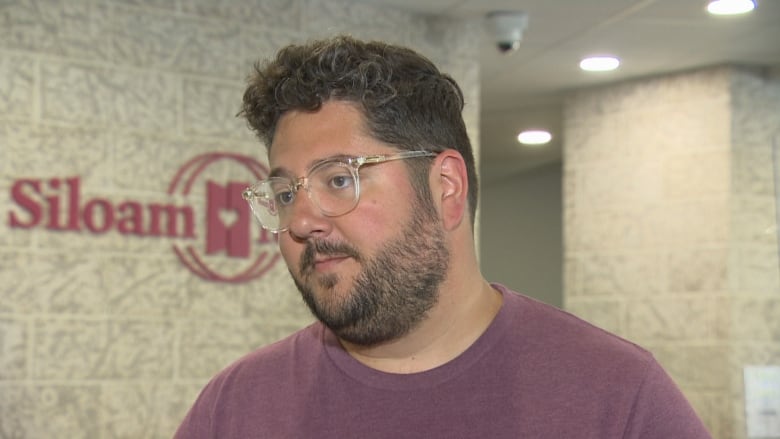 Thiessen said Siloam Mission is hearing more from regular donors who aren’t able to give what they usually budget for the organization this year — a cause for concern as it enters the last few months of the year, which typically make up the majority of its fundraising season.

“So for us … it’s crunch time. It’s time to be paying really close attention and working really hard to, you know, stock the shelves and fill the accounts so we can run all of our programs for the rest of the year,” he said.

And with Siloam Mission’s meal services and emergency shelter use back up to pre-pandemic levels — or even higher — Thiessen said the need is showing no signs of slowing.

“That is a cause for concern seeing those numbers back up there and and then sometimes even creeping higher,” he said.

“That’s something that triggers an alarm for us — that you know the need is significant and likely growing.”

Barletta said he’s having similar worries as Harvest Manitoba moves into the fall too.

“Typically, these last three months of the year are some of our busiest times in terms of food coming into the warehouse and donations coming into Harvest Manitoba,” he said.

“I must say that the trend that we’re seeing already is not as much food coming into the warehouse as we would have seen even last year, for example.”