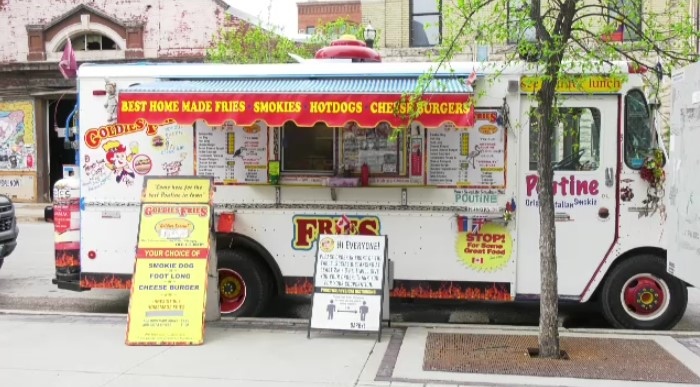 A Winnipeg food truck operator wants the city to give his industry a financial break as it continues to feel the economic effects of the pandemic.

Darryl Leiman, owner of Goldies Fries Food Truck, said he’s still expected to pay his full summer permit fee even though it could be a while until he sees regular crowd sizes, and until the food truck industry recovers from he pandemic.

“Nobody’s got that money right now. It’s tough enough, we’re surviving right now,” he said in an interview on Thursday.

“I would like the city to give us a break as they are giving some other tenants a break. Give us a break in the parking permit fees”

Leiman said he is hoping the city cuts the fee this year and moves to a one-year permit.

He noted that food trucks bring a lot of flair to Winnipeg.

“Broadway used to be packed. We need to get that back again and get people going and get these small business guys going, but we need help from the city on the permit fees,” Leiman said.

In a statement, the City of Winnipeg said last June council approved a 10 per cent rebate to all food truck vendors who were issued a mobile vendor permit in 2021, as well as to all permits purchased for the remainder of the year.

The city noted that mobile vendor permits were prorated for the month of April 2020, because permits were not available until April 28 that year.

– With files from CTV’s Glenn Pismenny.