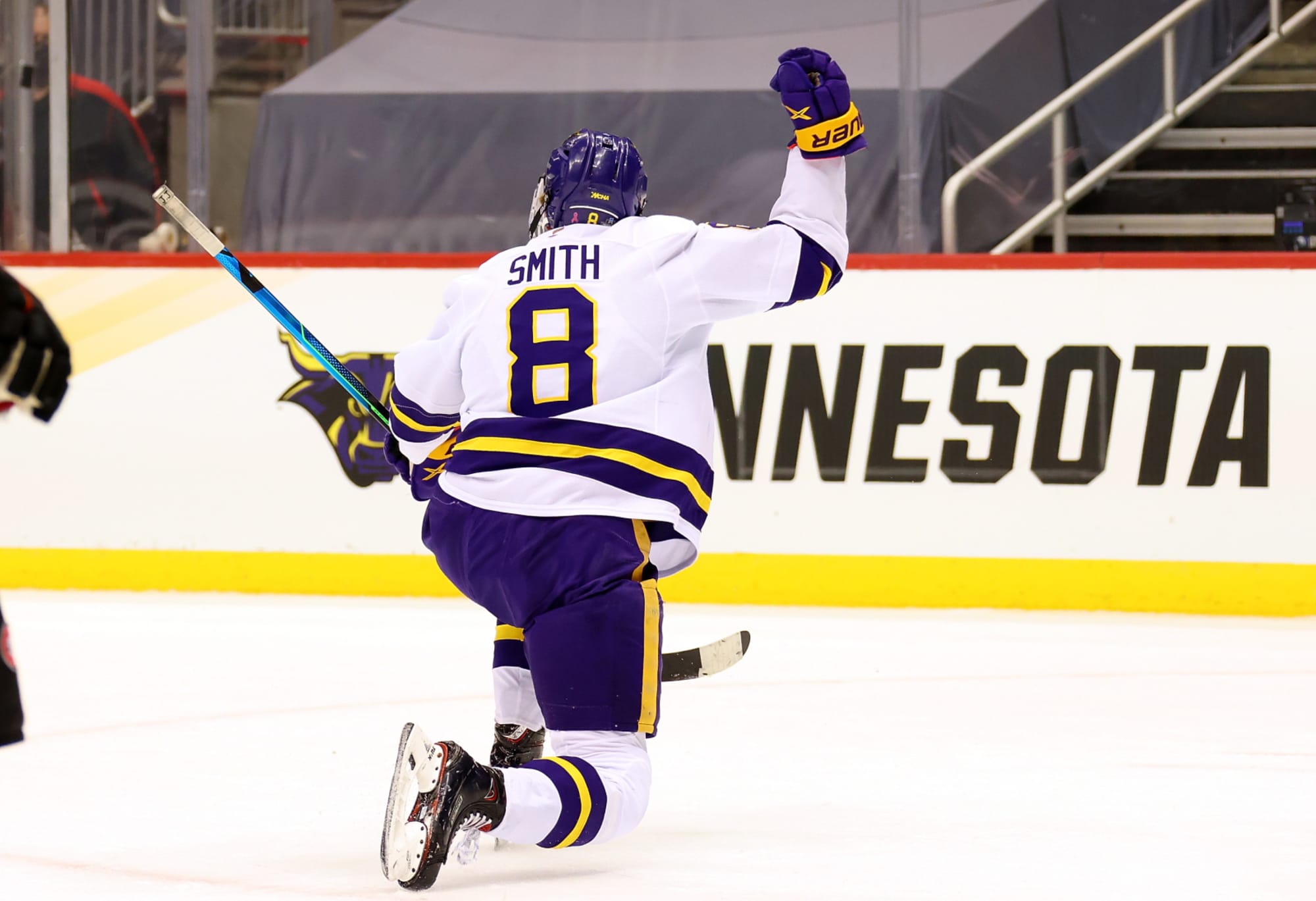 Out of the six Winnipeg Jets prospects who are playing in the NCAA there is one who has been turning heads at what is almost the halfway point of the season.

That prospect is Nathan Smith who was originally drafted by the Jets in the third round of the 2018 NHL Entry Draft and plays for the Minnesota State Mavericks.

Through 16 games this season, Smith and Minnesota State have been playing fantastic hockey posting a 12-4-0 record. They currently are ranked as the second-best team in the NCAA in the USCHO.com Poll and third in the nation in the USA Today/USA Hockey Magainze Poll.

Winnipeg Jets prospect, Nathan Smith, is scoring at a fast pace and he ranks among the top scorers in the NCAA

Smith has appeared in every regular season game for the Mavericks and currently has nine goals and thirteen assists.

During those games against nationally-ranked opponents, the Mavericks went 3-2-0 and Smith had four goals and four assists.

Smith currently has 22 points which puts him in a tie for fourth in point scoring in the NCAA and three points behind the leader.

Smith has shown this season and throughout his collegiate career that he is a big-game player and always has his best in the big games and against tough opponents. He is definitely a Jets prospect to keep your eye on the rest of the season.

Smith will look to keep his great run of form up when he and Minnesota State kick off a two-game series on home ice against Michigan Tech tonight.