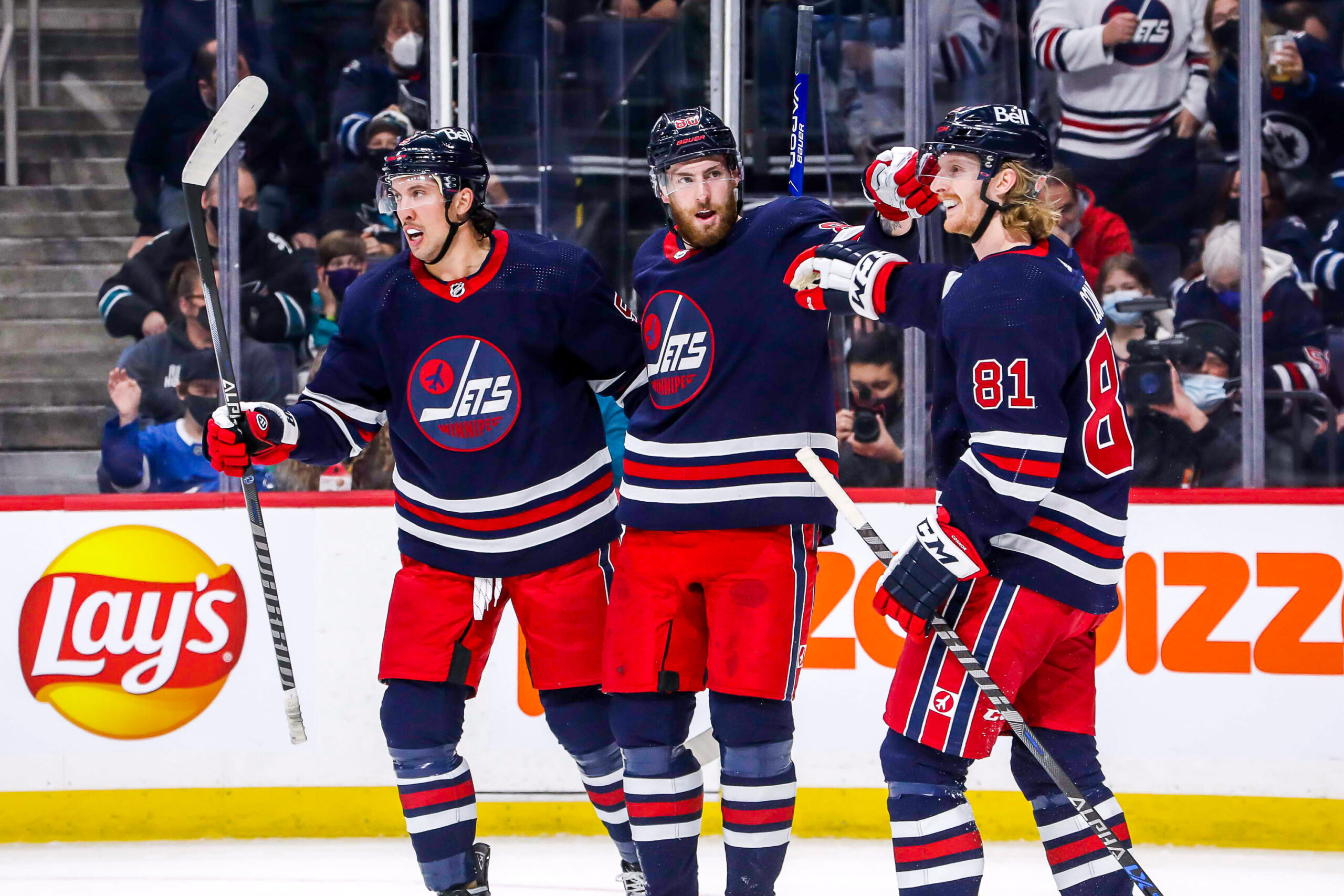 Winnipeg Jets fans will hear music that runs the gamut of genres after their team scores a goal at Canada Life Centre.

The Jets have introduced individual player goal songs for 2022-23, with each player choosing their own tune that plays immediately after the team goal song Gonna Celebrate by The Phantoms.

It’s akin to the long-standing tradition of baseball walk-up songs, except in this instance, players actually have to do something other than just get in the lineup to hear their song.

NEW for 2022-23, here is the first official individual player goal song list! 🎶
After each goal, the player’s song choice will play right after the team goal song!
Take a listen to the Spotify playlist, and let us know which song YOU would pick 👇

It’s another step by True North Sports & Entertainment to pep up the game-day experience, which had become stale and corporate in recent seasons. Last season, they introduced on-ice projection, which really added some oomph to pregame presentations and intermission hoopla.

From Classic Rock to 90s Rap, Jets’ Goal Song Playlist Has a Little of Everything

The songs the 21 skaters who made the opening-night roster chose would never live together on one radio station.

Some chose songs dating back to the 1970s and 80s. Most from those eras are rock, such as Neal Pionk’s (Renegade by Styx,) Dylan Samberg’s (Back in Black by AC/DC) Mason Appleton’s (Bang the Drum All Day by Todd Rundgren) and Morgan Barron’s (Money for Nothing by Dire Straits.) 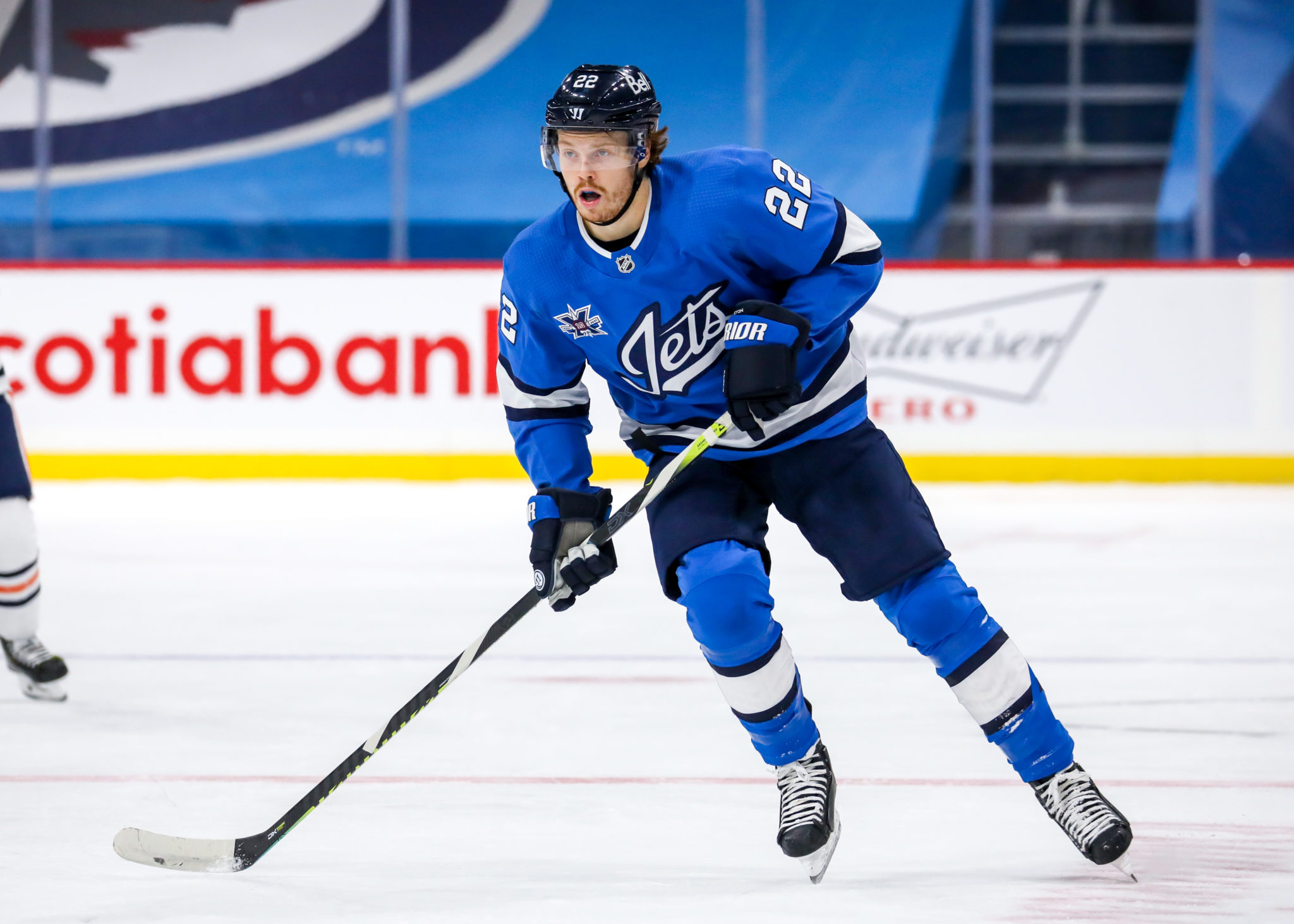 Mason Appleton is among the handful who chose a classic rock song. (Photo by Jonathan Kozub/NHLI via Getty Images)

Kyle Capobianco chose from that same era but went folk with Bad, Bad Leroy Brown by Jim Croce — perhaps he thinks he’s baddest man in the whole damn town or meaner than a junkyard dog — and Saku Maenalanen went with the feel-good singalong Live is Life by Opus.

Others chose 1990s and 2000s bangers, like Sam Gagner with Mr. Brightside by the Killers — fans heard that one at Friday’s home opener when the veteran scored the game winner in the third person — Nate Schmidt with Mambo No. 5 by Lou Bega — which suits his gregarious and upbeat personality perfectly — and Pierre-Luc Dubois with Hey Baby by DJ Otzi, made famous when Canada’s World Junior team used it as their goal song at the 2018 tournament.

Some of the most off-the-wall selections are Mark Scheifele’s — he went with The Greatest Showman from the Hugh Jackman musical of the same name — and Kyle Connor’s — who went with1, 2 Many by Luke Combs but does not strike as a country music fan. He probably hopes to score “2 Many” goals this season.

Some Songs Will Be Rarer Than Others

Adding goal songs was a good move by True North — they are a fun little glimpse into who a player is as a person. That’s who they are, after all: people, not just hockey players.

Fans are likely to hear some songs quite frequently — they’ve already heard The Greatest Showman twice as Scheifele netted a pair of goals Friday against the New York Rangers — and will hear “2 Many” many times as Connor strives for 50 goals after potting 47 last season. 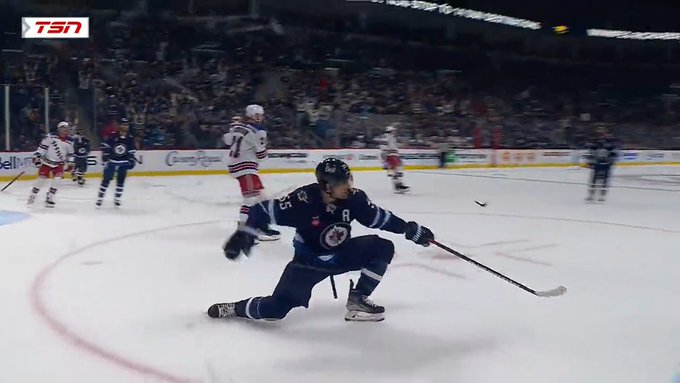 Some songs may not be heard at all, depending on call-ups and send downs, injuries, and individual scoring prowess. Dylan DeMelo, for example, has one goal since joining the Jets in 2020, while Stanley has two in his career, and Brenden Dillon only 27 in nearly 750 games. Remember, half the games are on the road.

How many goal songs will fans hear this season, as the Jets try to regain relevance after a disappointing 2021-22 and make the playoffs under new head coach Rick Bowness? They’ll have to keep watching and listening to find out.

Which Jet has your favourite goal song? Comment below!