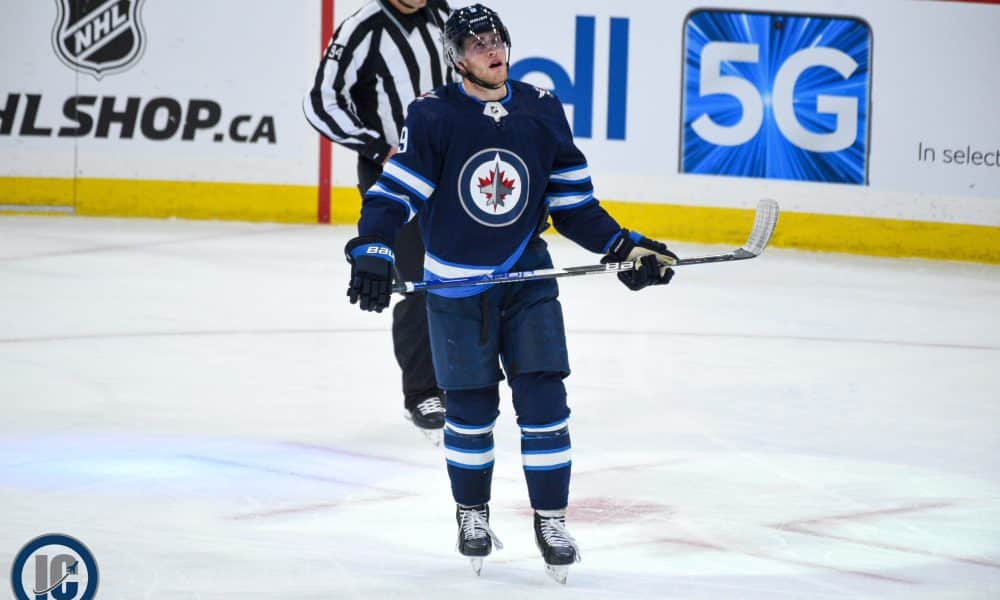 Note: The Jets hit the ice for practice on Saturday as they looked to get back on track following a day off on Friday. We did find out from interim head coach Dave Lowry that both Paul Stastny and Logan Stanley are dealing with lower-body injuries and that both are listed as day-to-day. Today is another practice day for Winnipeg as they are scheduled to hit the ice at 11 AM. Check back for the Practice Report for all the latest news.

Note II: The Moose played a second consecutive game in Texas last night and just like Friday it was a wild one. They set themselves up nicely with a solid 1st and a 2-0 lead after 20. This was followed by a penalty and fight filled affair but which allowed the home side to tie the game and then score early in the 3rd to take a 3-2 lead. Issac Johnson picked a good time to score his first AHL goal to tie it at midpoint of 3rd and then a minute and a half later Cole Maier gave the Moose a 4-3 lead. Looked like they’d hold on to win it but the Stars tied the game with 1:01 left in the final frame and it appeared to be heading to OT but then Haralds Egle did the improbable and scored with less than one second left on the clock to stave off OT and give Manitoba a 5-4 regulation win to improve to 18-9-1-1. Goalie Evan Cormier picked up his third win in four starts (his other game was a shootout loss) which means he’s helped the Moose to seven of eight points.

Note III: Make it goals on back to back nights for Jets 2021 1st rounder Chaz Lucius as he cues the comeback for Minnesota getting them on the board (they’d win 6-3 over Michigan State). Gives him seven goals in 14 games (along with five assists) for the Gophers. See the goal here.

Note IV: Back to back games with 1G 2A for Jets 2018 3rd rounder Nathan Smith who is up to 33 points (13G 20A) in 22 games for Minnesota State-Mankato. Believe he’s still in top spot in NCAA scoring. See the goal here.

Winnipeg Sun: Jets settle in for another stretch without game action. With the Jets having nine games postponed this stretch really does feel like an extended training camp with a game or two that actually matters tossed in to spice things up.

Winnipeg Free Press: Jets recharge and get ready. (Paywall). Given how the season will condense after this the team would be well served to use the time to heal and to work on the areas the coaching staff needs to improve in order for them to be a playoff team.

TSN: Copp on lobsided loss vs. Avs: ‘Left a sour taste in our mouth’. After falling to the Avalanche 7-1 on Thursday night, Jets’ forward Andrew Copp said he saw great spurts from the team but a 60-minute effort is needed against a line-up as skilled as the Avs. As for staying mentally engaged for three periods Copp says, ‘it’s a lesson to be learned in terms of managing the game’.

Illegal Curve Hockey Show: Saturday Podcast. Topics on yesterday’s show included: Jets and Avalanche recap. Lack of home games in Winnipeg due to postponements. Jets having an even goal differential/need for more production from the team (i.e having three scoring lines). Moose win last night and pair of Jets prospects had big nights on Friday, We were joined by Sean Reynolds of Sportsnet and Kevin Allen of Detroit Hockey Now.