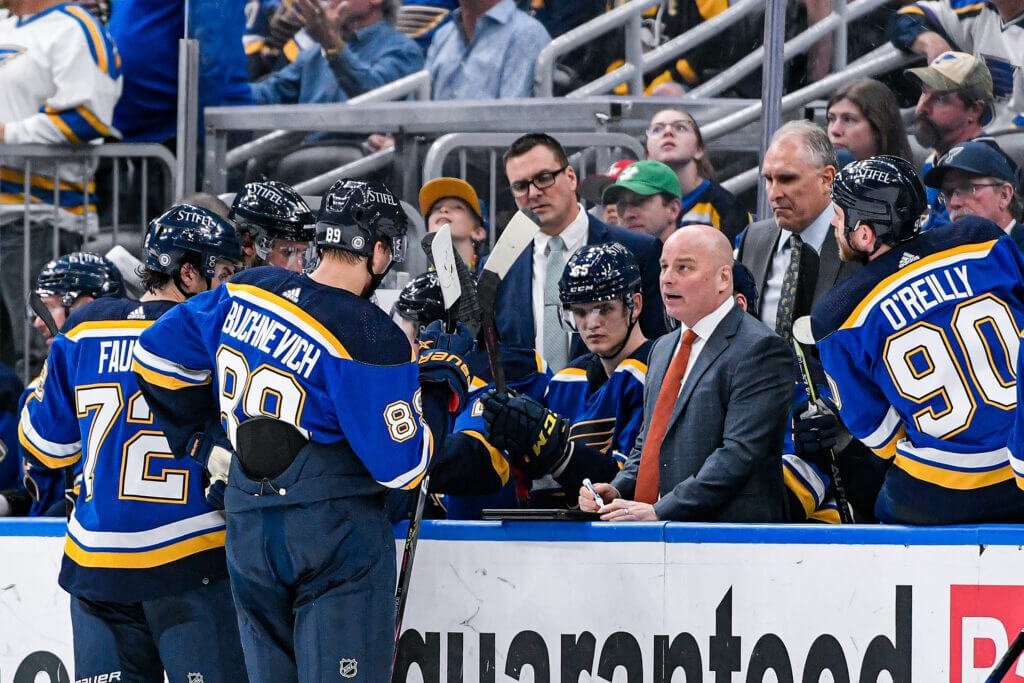 Winnipeg may need to prepare itself for a future that does not involve Barry Trotz as head coach.

Sources told The Athletic over the weekend that the highly sought-after Trotz is still taking his time with respect to his future. He has been Winnipeg’s ideal candidate since the day he was fired in New York. He took his first interview with the Jets and certainly loves Manitoba but it is simply too soon for Trotz to commit to a path.

This is a difficult position for Winnipeg to be in. Trotz is entitled to work at his own, methodical pace to decide what’s best for his future. If any GM can list patience as a strength it’s Kevin Cheveldayoff, but the Jets can’t afford to stay out of the coaching market altogether. Whatever pace Trotz works at, Winnipeg needs to have a Plan B in mind. The Jets still need a new head coach who can generate buy-in, earn accountability from their top players and push Winnipeg back toward the playoffs.

Sources tell The Athletic that Montgomery is Winnipeg’s top current target in its ongoing search. Montgomery has a strong relationship with Jets assistant GM Craig Heisinger, who was Manitoba’s assistant GM while Montgomery played for the Moose in 1999-2000. Other ties to that team include Jets director of player development Jimmy Roy, recently retired Moose goaltending coach Rick St. Croix and Jets associate-coach-in-waiting Scott Arniel.

Montgomery was hired by the Blues in 2020, nine months after he was fired by the Stars for “unprofessional conduct.” He subsequently went through a rehabilitation program for alcohol addiction which was followed by individual and family therapy.

Recall that, prior to his work in Dallas, Montgomery won the 2017 NCAA national championship with the University of Denver and two USHL championships with Dubuque. He was also named the 2016-17 Division I men’s hockey coach of the year. Sources describe him as a sharp hockey mind, a bit acerbic and a strong tactician. It seems as though St. Louis was an ideal landing spot in terms of a second chance, a social support network and an organization that was willing to support Montgomery in his recovery.

Montgomery’s best reason to leave a good situation would be a second chance at a head coaching job. His first and only full season in Dallas was a success, taking a team that missed the playoffs in 2017-18 to the second round. His college and junior credentials once implied a rising star. If the Jets believe he is on track to resume that trajectory, then the appeal is understandable — especially for an organization that stands by its people, as True North did with Cheveldayoff last fall.

Winnipeg is said to be high on Montgomery’s list, thanks to good ties established during his time in the city.

He is clearly high on Winnipeg’s list, too, although it seems clear that he is the Jets’ No. 2 choice after Trotz.

Consider the following timeline. Sources told The Athletic on Saturday that Winnipeg was preparing itself to look beyond Trotz for its head coach. Winnipeg appeared to be posturing, leaking within the NHL that the initial “all-in on Trotz” rumours were overblown. Later that night, Elliotte Friedman wondered aloud on “Hockey Night in Canada” if the Jets could look to Montgomery.

I wonder now if Winnipeg’s posturing regarding Trotz was less a negotiation tactic with Trotz than it was a way to show the league it had other options.

I believe that Winnipeg does have a shot at hiring Montgomery. Still, the Jets would be just one of multiple potential suitors — the league is full of coaching vacancies — and it’s possible that Montgomery wants to solidify his future sooner than Trotz does. There could be a sense of urgency here, thus Winnipeg needs to find a way to navigate the coaching market’s musical chairs while also making Montgomery feel like he has their every confidence. “It was Trotz and then everyone else, including you” would be a poor negotiation tactic. To me, that’s why Winnipeg would want people to know it is casting a wider net than has previously been reported.

Montgomery appears to have his bona fides as a coach. His time with Craig Berube in St. Louis likely advanced an already considerable amount of knowledge in the once renowned coach. Still, Winnipeg’s focus on coaches with connections to the city does feel a little myopic. The Jets are in a position to cast their net in every available river, lake and waterfall but appear to be focused on the pond they have in their own backyard. It bears repeating that this can work out well provided that the person with local ties is also a top performer.

If the Jets do land Montgomery and hire Arniel along with him, they’ll be joined by goaltending coach Wade Flaherty. They’ll build their staff out, adding a couple more assistant coaches, and then turn their attention to Winnipeg’s most pressing needs.

The Jets need to plot a future that involves substantial buy-in from established leaders like Blake Wheeler and Mark Scheifele and the next generation of stars like Lady Byng Trophy winner Kyle Connor, top forward Nikolaj Ehlers and RFA star Pierre-Luc Dubois. Sportsnet’s Jeff Marek reported this weekend that negotiations with Dubois haven’t begun; I suspect they become a top priority following a coaching announcement, even if it takes until arbitration for a contract to get settled.

Other major priorities — making two strong first-round picks in the draft, retooling the defence, augmenting the forward group if possible and moving Wheeler down the depth chart — should similarly be viewed as secondary to this head coaching search. As important as those priorities are, Winnipeg’s next head coach is meant to be the keystone that holds these next few seasons together. I don’t think the Jets would be going after high profile head coaches if the plan was to punt on the immediate future.

So, yes, it’s true: last season was amiss and a mess. It’s why the Jets are desperately hoping to hit big with their head coach even if they miss out on Trotz.