Winnipeg Jets Have Motive to Be Jolly As Christmas Break Arrives

Two straight losses notwithstanding, the Winnipeg Jets have more reasons to be jolly than to say “bah, humbug,” as they begin a much-needed three-day Christmas break.

The Jets possess a 21-12-1 record through 34 games, exceeding the expectations even the most positive fan or pundit had in October of a team that finished well out of the Central Division playoff picture last season ago. Their record is good for second in the Central Division, three points behind the Dallas Stars with a game in hand. 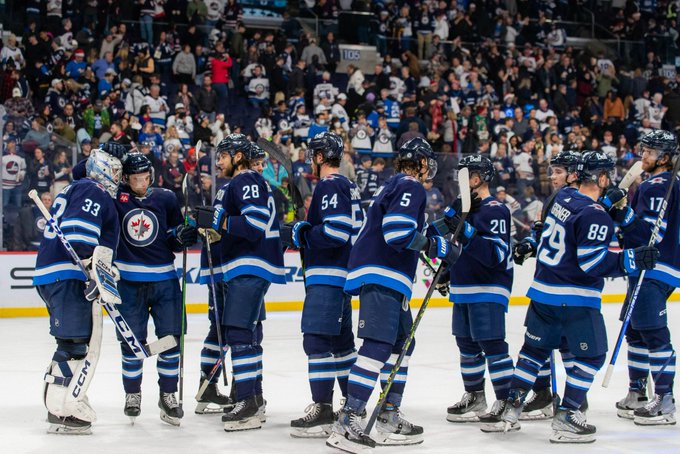 Their success is thanks to timely offence from their stars, an improved defensive strategy, stellar goaltending, better special teams, and good old hard work and grit. But most of all, their remarkable turnaround and renewed ability to hang with the NHL’s heavyweights is thanks to their new head coach, Rick Bowness.

Bowness is a robot in disguise, but rather just a man who has transformed the Jets from an underachiever into a serious threat in a very short time.

The stern-but-nurturing 67-year-old has done wonders for a number of players, who he holds accountable but also encourages to improve. He’s transformed Josh Morrissey into a Norris Trophy-worthy defenseman who dominates on offence — with 39 points, he’s already surpassed his previous season-best point total with more than half a season to go— and seems a step ahead of the competition. All it took was for Bowness to get out of Morrissey’s way and let him be best self.

Temporarily lifting the embargo on the 2022-23 player cards to jump on the Morrissey hype train. #GoJetsGo https://t.co/on0URXzPna 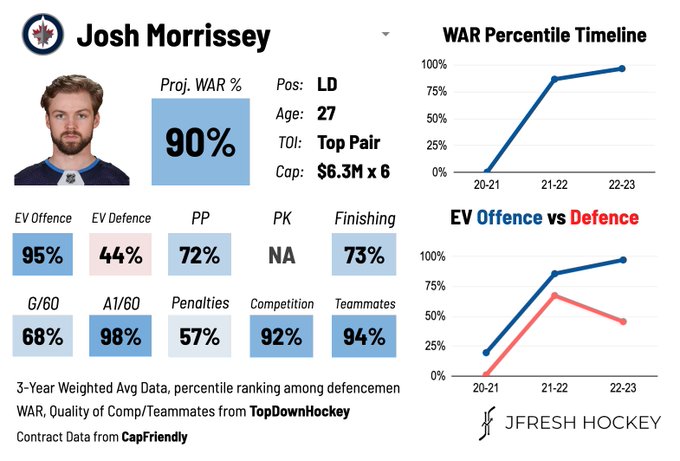 He’s transformed Mark Scheifele into a player who gives full effort with and without the puck. He’s transformed Blake Wheeler into an asset rather than a liability. He has higher expectations than his predecessor and it’s obvious from how they’ve responded that these players and others Jets were screaming for the engaged coaching style Paul Maurice never provided.

He’s also transformed the power play from stale and predictable to creative, transformed the penalty kill from terribly passive and ineffective into a top-five regime, and the locker room from fractured and toxic to united and positive.

Rick Bowness has been instrumental to the Jets’ turnaround. (Photo by Dave Sandford/NHLI via Getty Images)

The most unbelievable part of all this is Bowness wasn’t even the team’s first choice and was only hired after Barry Trotz — who was fired by the New York Islanders and seen as the biggest fish in the coaching pond last June — decided not to jump immediately back into coaching. One has to wonder if Trotz could have done any better.

Jets Battling Injury Adversity with “Next Man Up” Mentality

Making the Jets’ record all-the-more impressive is the number of injuries they’ve coped with throughout the season and especially over the past number of weeks.

The injured reserve is worth a cool $24 million currently as Mason Appleton, Nikolaj Ehlers, Saku Maenalanen, Nate Schmidt, Logan Stanley, Blake Wheeler, and most recently Cole Perfetti are all currently on it with long-term ailments. The right side, in particular, has been decimated and the Jets have zero right wingers in their current lineup who were in their lineup at the beginning of the season.

Everyone in this picture is currently injured. (Photo by Jonathan Kozub/NHLI via Getty Images)

It would be easy — and justifiable — for the Jets to blame any lack of success on missing so many key players. But excuses are not something that Bowness, unlike Maurice, accepts, saying recently they only “look for solutions.”

The next-man-up mentality has been on display all season. Role players like Michael Eyssimont, Sam Gagner, Jansen Harkins, Axel Jonsson-Fjallby, and Kevin Stenlund have stepped in and stepped up, while Kyle Connor, Pierre-Luc Dubois, and Adam Lowry have provided offence and stability as three of the too-few consistently-healthy forwards.

Jets Need to Grind Over The Next Few Weeks

The Jets have three games left in their hectic 16-game December. They’ll return from their holidays to Canada Life Centre on Dec. 27 to face the surging Minnesota Wild, then will welcome the Vancouver Canucks on Dec. 29. They’ll close out the 2022 portion of their schedule in Edmonton with a New Year’s Eve clash against the Oilers.

Any player coming off the injured reserve is a welcome development, but mid-January is still seven games off, so the Jets will have to keep grinding with present personnel until then. If they can play .500 hockey until they’re healthier, they’ll remain in a good position to make the playoffs — which would be a very late but great holiday gift to their fans.