Winnipeg Jets: Fandom extending from Ontario all the way in which to Australia 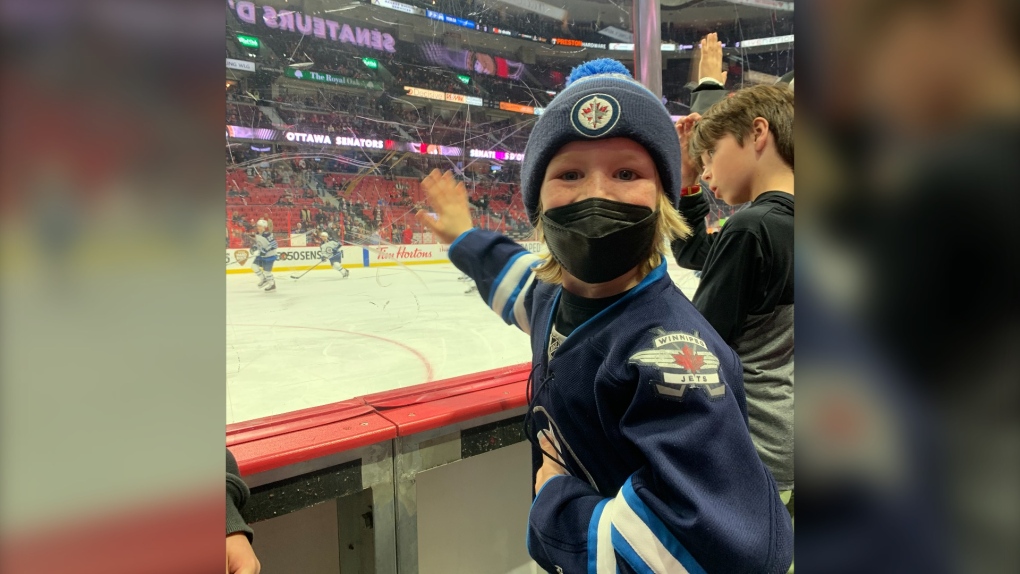 Growing up in Manitoba and loving hockey, there is a pretty good chance that people will become a fan of the Winnipeg Jets. However, the connections throughout generations may be a little different.

Some may have visions of Ducky, Dale Hawerchuk wearing the Jets logo and being the team captain or maybe a young Teemu Selänne celebrating a goal by throwing his glove in the air and ‘shooting’ it down with his stick, while gliding on one knee across the ice.

Maybe the connection is a little newer thanks to the team returning to Winnipeg in 2011. Names like Kyle Connor, Nikolaj Ehlers, Mark Scheifele and Connor Hellebuyck drawing fans closer.

No matter what iteration of the team made people a Jets fan, they are all part of the ‘True North’ and the ‘Whiteout.’

However, what about those fans who aren’t from Manitoba or have never even set foot in the province? What made them become fans?

James Newman is one of those fans. He is from Australia and has recently become invested in the Winnipeg Jets.

He said he has always been a casual hockey fan, dating back nearly 20 years ago when he visited Canada.

“I saw Miikka Kiprusoff get a shutout for the Calgary Flames and I got five free pints because they won 5-nil and I have sort of been a casual hockey fan ever since,” said Newman.

Newman recently declared on Twitter that he has become a Winnipeg Jets fan. He said he wanted to support a bit of an underdog team and stay away from the big NHL names like the Boston Bruins and New York Rangers. He was also focused on cheering for a Canadian team, as he knows how passionate Canadians are about hockey.

But the main reason for choosing the Jets is because of a rugby connection.

“I like a team here, the Newtown Jets, rugby team. They’re the main reason…They are blue and white as well.”

Newman said his rugby team is similar to the Winnipeg Jets – hard workers and players that aren’t overly flashy but they still get the job done.

INTERVIEW: Down under to True North, Aussie flies with Jets

He said he is now fully invested in the Winnipeg Jets, sharing his thoughts on social media about the team’s latest moves, keeping up to date on the Manitoba Moose and interacting with other Jets’ fans online.

He said the feedback to declaring his new love for the team has been amazing.

“I was really surprised, I doubled my Twitter followers in one night. I woke up to the phone almost melting down. It’s been amazing. Canadians have this reputation around the world of being really welcoming and polite and it’s really hit home.”

A little closer to home is seven-year-old Declan Zapalski who lives in Ontario. Declan’s dad Skip said it didn’t take long for Declan to become a Jets fan, even though his family are all Toronto Maple Leafs fans.

“All of a sudden, out of nowhere, when Declan was four, he starts talking about the Jets all the time,” said Skip.

“For him to pick his own position, his own team, his own likes, he’s going to love the game that much more…we’re super stoked that he’s picked his own team.” 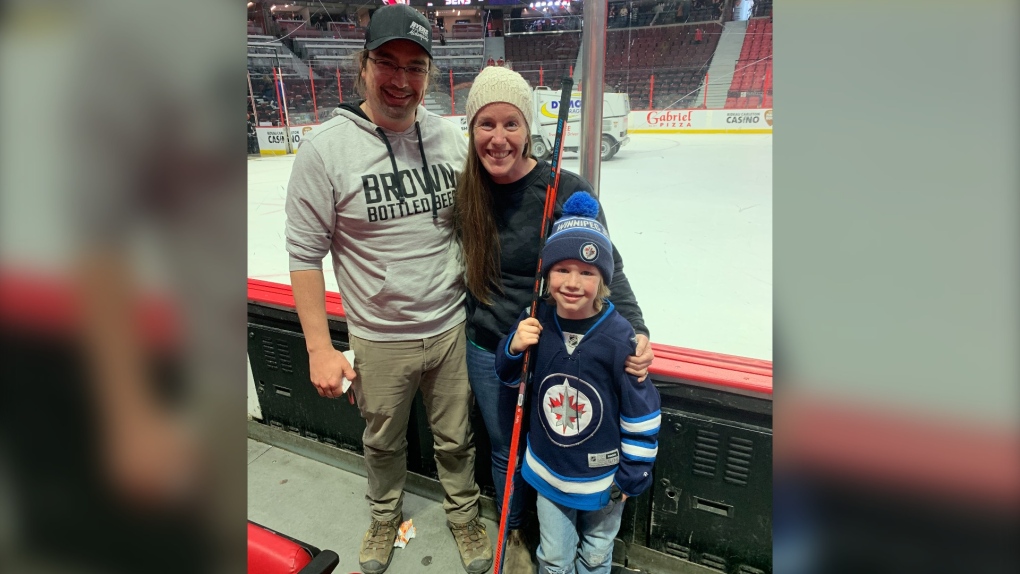 Declan stands with his parents Skip and Brady after watching a Winnipeg Jets game in Ottawa where he received a game used stick from Paul Stastny. (Source: Brady Zapalski)

Declan finally got to see his first Jets game last season when they made a stop in Ottawa.

“It was the first time they made me speechless,” said Declan. “I literally got to sit beside the bench.”

On top of sitting close to the team, Declan received a game-used stick from Paul Stastny.

INVESTING IN THE JETS

While it is fairly easy for fans in Winnipeg and Manitoba to connect to the Jets, that might be a little more difficult for fans outside the province, especially for someone like Newman in Australia.

For starters, Newman is living life 15 hours ahead of Manitoba, meaning, depending on when the game starts, Newman could be going through his routine to start the day, or just be starting work while the Jets hit the ice. 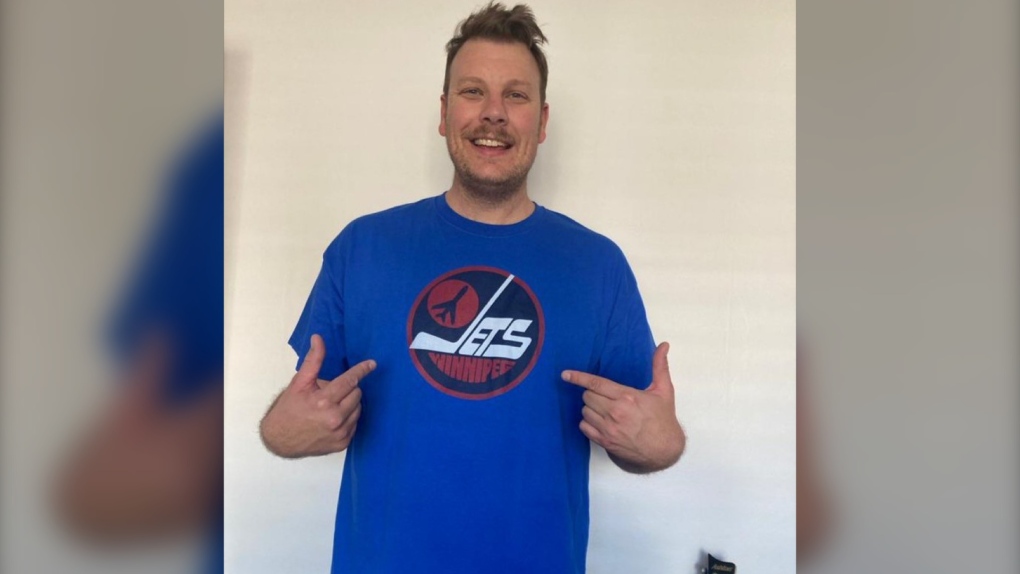 James Newman, who lives in Australia, has decided to get more involved in hockey and has embraced the Winnipeg Jets as his favourite team. (Source: James Newman.)

And while he is new to the fan base and is learning about the Jets on the fly, he already has some favourite players.

“Because I don’t have an in-depth knowledge of hockey, I just really appreciate effort. So I am liking the defenders, say your Nate Schmidt’s, your Brendan Dillion’s. Guys that, you know, probably don’t make a lot of highlight reels, but the little bits that I have seen, I always see them trying, making an effort, putting a hit on. I like that kind of stuff.”

Despite the distance, it hasn’t stopped him from repping his new favourite team.

“I got a shirt; I found a place in Australia that distributes the shirts. It’s the old hockey stick ‘J’ one,” said Newman.

For Declan, the time difference isn’t as severe as it is for Newman, as he is only an hour ahead, but since he is only seven, it leads Skip to being creative so his son can still get his Jets intake.

“PVR is a huge thing and/or the playbacks. So he watches his Jets games the next day, Sunday mornings, where we can just put in on for him, we don’t tell him the score. We make sure we don’t talk about it,” said Skip.

He added the Canadian bubble during the COVID season really helped put Winnipeg in the spotlight for Declan as they were able to watch more games and he got to see his favourite player a bit more in Connor Hellebuyck.

Newman and Declan share a lot in common in terms of trying to find Jets gear, with Skip saying it’s no small task to get Declan Jets paraphernalia, and he is usually scouring the Internet to find the next item for his collection. 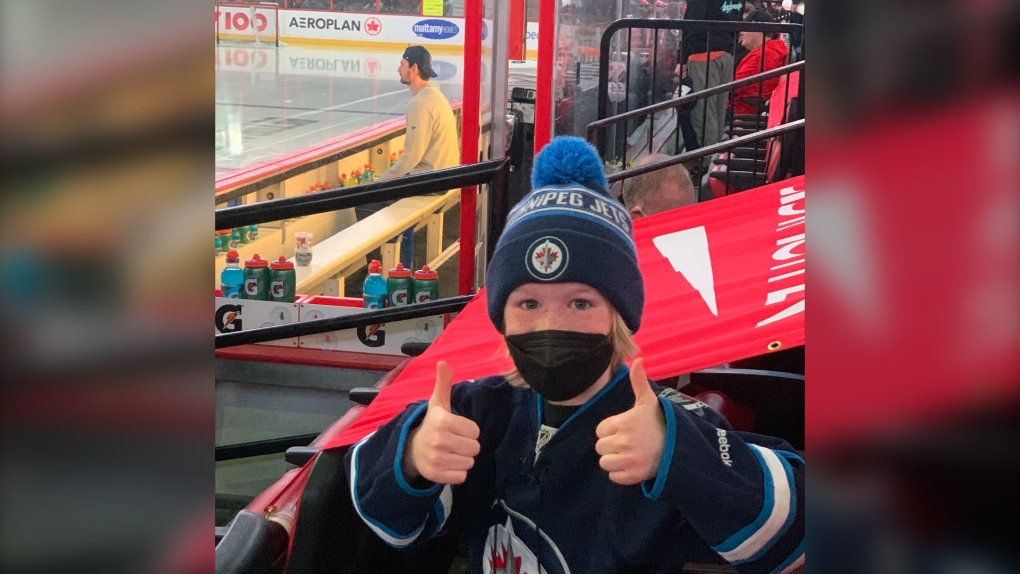 Despite the difficulty, Skip said Declan has already been able to compile Jets-themed mini sticks, a mug, sweater, jersey, and even a Mick E. Moose plushy. Some of the items Skip purchased, while others have come from friends and family.

SEEING THE JETS UP CLOSE AND PERSONAL

While both Declan and Newman have yet to see a Jets game in Winnipeg, there is a possibility that could soon change.

Newman said he is looking to make a stop in Winnipeg in November with the main purpose of seeing the Jets. However, he noted he would like to explore more of Canada as well.

“I went to the Rocky Mountains when I was younger and that was pretty epic, I know the prairies are the exact opposite of that,” said Newman. “I was only 19 at the time and I didn’t possibly get the greatest Canadian experience, I was hanging out with a bunch of Aussies in Banff. So I would like to see more of real Canada.” 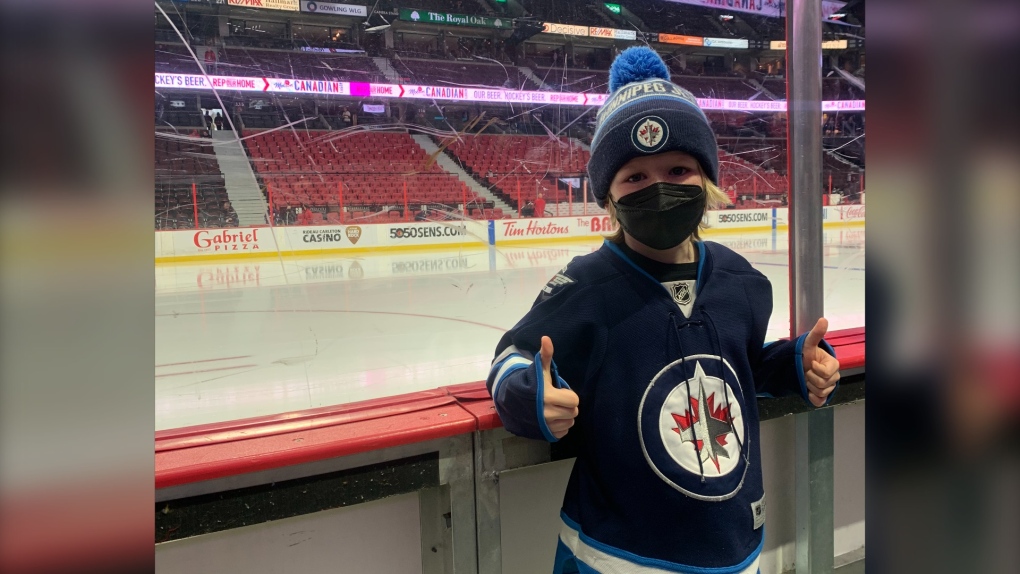 For Declan and Skip, no trip has been planned yet, but Skip hopes he can get his son out to a game soon and have him experience what it would be like to be among his people.

“I think it would be cool. The atmosphere, the energy and the experience will definitely be something he enjoys the whole time,” said Skip.

Skip hopes Declan’s love for the Jets continues to grow as he gets older, while Newman is hoping this new connection will open up some friendships with Canadian counterparts and also grow the Jets fandom in Australia.