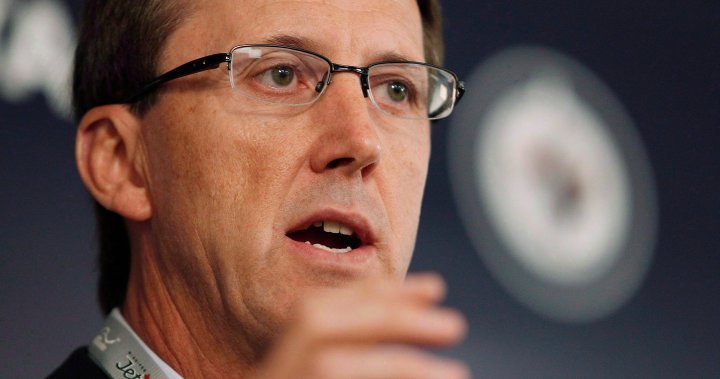 Winnipeg Jets co-owner and executive chair Mark Chipman says a letter sent recently to a group of select season ticket and private box holders is purely aimed at selling more tickets and getting things back to the way they were for the NHL team prior to the pandemic.

In the words of the Jets governor, there should not be a concern the sales pitch should be interpreted as anything else.

“I wrote that letter to a list of my contacts as a part of an overall organizational effort to do the same,” Chipman told 680 CJOB’s Richard Cloutier and Skylar Peters on Thursday Afternoon. “We frankly are in a business that was arguably hit as hard as any other by the pandemic.”

In the letter, Chipman explained that the past couple of years had been the most challenging during the 26 year history of True North Sports + Entertainment, and while proud of the job done by his organization, TNSE has not emerged “unscathed.”

We recognize the effect the pandemic has had on so many in our community and deeply respect the decision of those who have chosen not renew their season tickets. However, we also keenly understand the economics of the NHL and our desire to remain healthy and competitive. Accordingly, we have re-examined our offerings and have created a great deal more flexibility by offering a range of fractional purchase options. I have attached our 2022/23 Season ticket plan in the hope that you might consider investing in the Winnipeg Jets and help us get back that level of energy so critical to our success. If you already do have tickets, please accept my sincere gratitude and invitation to letting others know of our offer or if possible to invest in a partial package for customers and/or staff.

Chipman also made reference in the letter to the disappointment of the past season being replaced by the enthusiasm of the hiring of a new coaching staff led by NHL veteran bench boss Rick Bowness. However, he also pointed out the season opener on Oct. 14 against the New York Rangers remains well short of a sellout.

“Thankfully it (the letter) has been well received,” said Chipman. “I had a good friend that I ran into this afternoon and said – can I pass this along? I said sure!”

After enduring the loss of the 1.0 version of the Winnipeg Jets in 1996, Chipman says he can understand completely why there might be some concern in this particular market.

“I get it. I had a front row seat to ’96, and it’s kinda been what I’ve been doing ever since,” he said. “I get that emotion, I really do. It wasn’t a pleasant experience. If people are interpreting it that way I get it, but it ought not be interpreted that way — at all.”

Prior to the COVID shutdown in mid-March of 2020, the Jets sold out 32 of their 36 home games, including the last 27 in a row. But they have not enjoyed playing in front of a capacity crowd at Canada Life Centre since March 9, 2020, versus Arizona.

Like every Canadian based team in the pandemic-shortened season of 2020-21, the Jets played in a virtually empty facility. COVID protocols were still in place for the 2021-22 campaign, including a decision by the team — based on fan feedback — to not allow unvaccinated individuals in the building.

Further compounding the issue, for the Canadian-based teams, was a two-week shutdown by the NHL over Christmas and New Years, as well as a number of rescheduled games. The end result saw the Jets attract their biggest crowd on Dec. 5, 2021, when 14,463 watched Winnipeg defeat Toronto 6-3.

For the 37 home games where restrictions were not in place, Winnipeg’s average attendance was 13,685 — which works out to just over 89-per cent capacity.

Chipman says that’s why this scenario offers a very, very different set of circumstances than just over a quarter of a century ago because this is all about the impact of a global pandemic.

“It’s not going to affect the quality of the product that we’re going to put on the ice. We’ve invested very heavily in our team over the years, and we’ll continue to do that,” promised Chipman.

“It’s one part economic but it’s also one part equally the energy our players crave and makes playing here so impactful for them. We’re just trying to get back to a full building, that’s all we’re trying to do.”