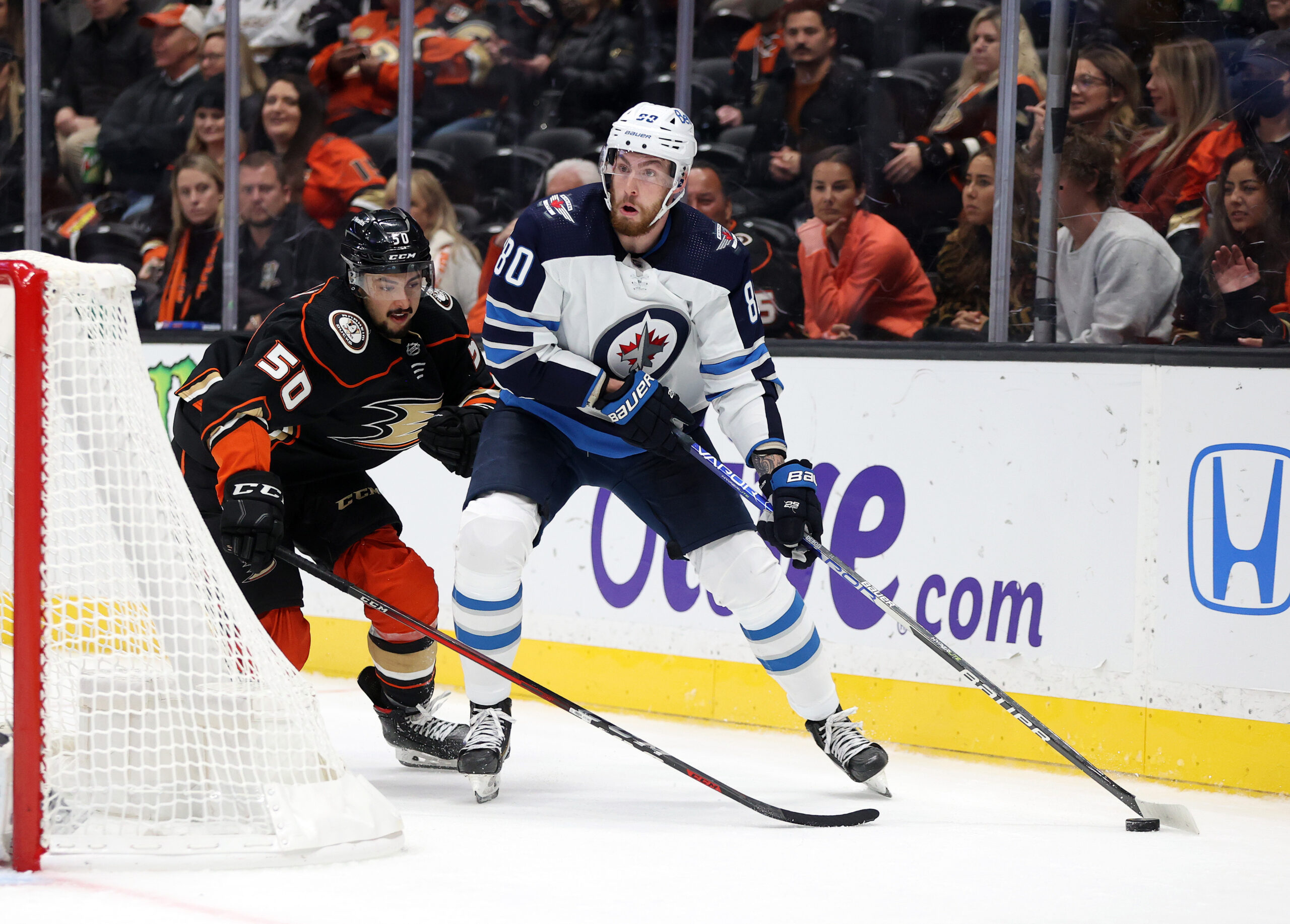 The Winnipeg Jets’ 2021-22 season was a disappointment, as they came into the season considered a Stanley Cup contender but drastically underperformed, finishing sixth in the Central Division and well out of the playoff picture.

In this series, we’ll take a look back on the season, player by player, and grade their individual performances with an eye toward their future with the team.

No Jets’ player came into the 2021-22 season needing a reset more than Pierre-Luc Dubois. His first season in Winnipeg was quite disappointing, as he showed some flashes of brilliance but was more often than not was ineffective and invisible.

This season, Dubois was a man reborn and played like the dominant power forward the Jets hoped they were getting from the Columbus Blue Jackets in exchange for Patrik Laine in the blockbuster trade between the two teams last January.

The big-bodied Dubois set a new career-high in goals with 28 and added 32 assists for 60 points. A force in front of the net, he led the Jets with 15 power play markers.

In an underwhelming season where the effort of some of the Jets’ key players was questionable, Dubois could never be accused of coasting. His “give-a-crap” meter, as the Winnipeg Free Press‘ Mike McIntyre often called it, was always cranked to 100.

Dubois was consistently in the thick of things, whether the offensive side or on the physical side — he dished out 112 hits to go along with his 60 points.

Despite being one of the youngest players on the Jets, Dubois began to exhibit many qualities befitting of a future captain.

As the Jets stumbled their way through the season, the 23-year-old was often the one willing to sit in front of the mic and face the music while captain Blake Wheeler either hid away, spoke in hackneyed cliches, or was being needlessly combative with scribes just trying to do their jobs. 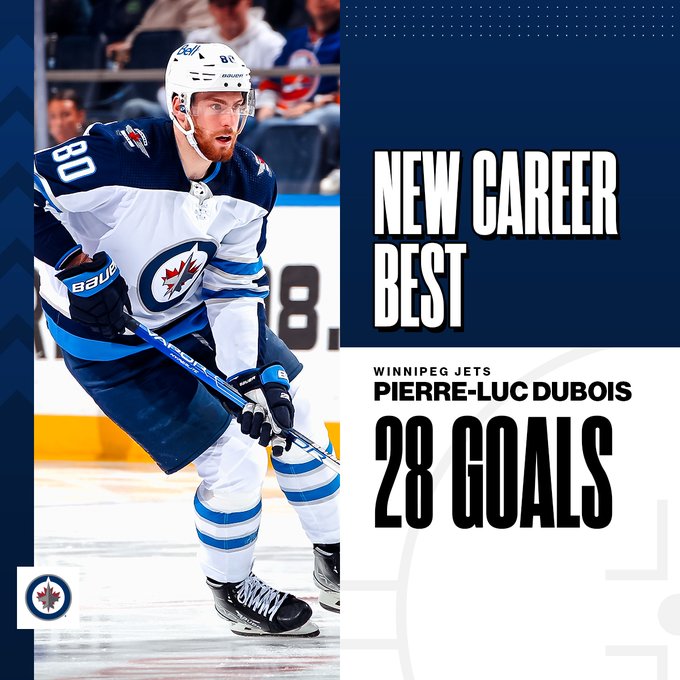 Dubois, on the other hand, provided long, detailed, and no BS questions during post-game pressers. His insights showed both his deep understanding of the game and his unquestionable desire to win; he never shied away from showing candid disappointment when the Jets, far too often, underachieved.

Wheeler’s contract expires in two years. If Dubois re-signs with the Jets and is still a member of the team come 2024-25, the organization should certainly consider sewing the C onto his chest.

Dubois Is Well Positioned to Cash in on Contract Extension

Speaking of re-signing, Dubois’ strong season has him well positioned to cash in on a contract extension. The pending RFA is currently making $5 million on the second-year of a two-year deal $10-million-total deal the Jets inherited from the Blue Jackets.

If Dubois’ struggles from 2020-21 had carried over to this season, a shorter-term bridge deal would have been most likely this summer. That would have given the Jets more time to determine where exactly he fit into long-term plans without committing too much money or term.

It’s pretty clear now that Dubois is in the plans, if not the cornerstone of them.

Dubois has put himself in good position for a contract extension. (Photo by Ronald Martinez/Getty Images)

The likeliest scenario now is that GM Kevin Cheveldayoff makes a longer-term investment in an already game-breaking top-six centre who has far more room to grow. Re-signing him should be priority number-one.

Cheveldayoff should still be cautious, especially when it comes to term — the contracts he tendered to Bryan Little and Wheeler in the past were both too long and became detrimental. Considering Cheveldayoff has a projected $15.5 million of cap space to work with this offseason — barring any trades that move big salaries out — a four-to-five year contract that carries an AAV in $7 million range seems appropriate.

Got the sense from Dubois that he likes it here. Likes playing with Kyle Connor. Dubois has a ton of leverage in upcoming negotiations, there was no sense that he is looking for greener pastures.

Such a deal would appeal to both sides. The Jets would secure a player on an upward trajectory for the foreseeable future, while still giving Dubois the security of knowing he’ll be able to hit the UFA market for the first time at a fairly young age.

Declan Schroeder is a 26-year-old communications specialist and freelance journalist in Winnipeg, Manitoba. He holds a diploma in Creative Communications with a major in journalism from Red River College and a bachelors in Rhetoric and Communications from the University of Winnipeg.

Palestinians rally in Winnipeg on Sunday, marking anniversary of displacement