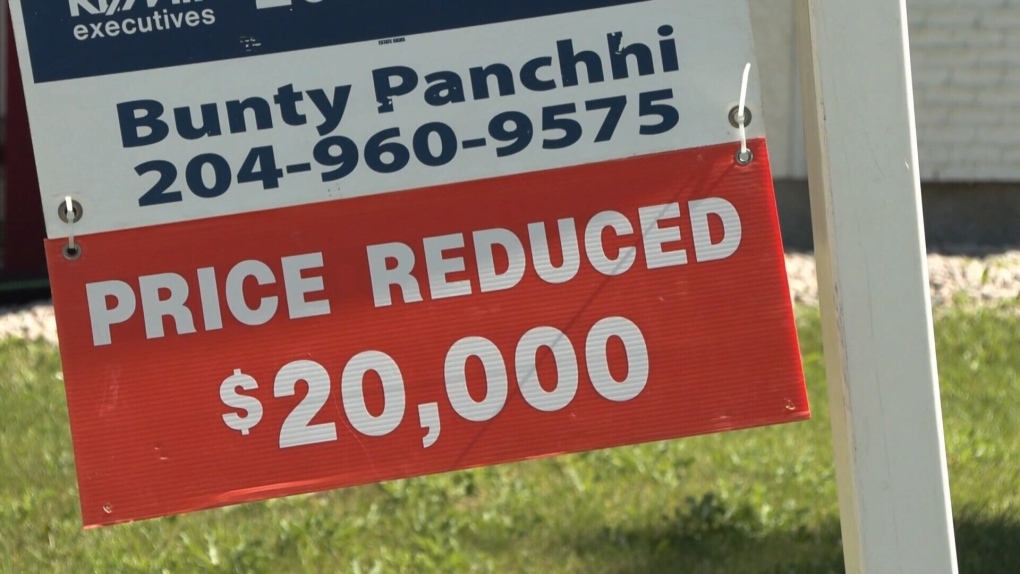 For realtor Ed Dale, the last two years have been hectic. Fueled by pent-up demand and other pandemic-related issues — 2020 and 2021 were banner years for Winnipeg’s housing market.

“You know, in certain areas where you couldn’t give a house away all of a sudden, everything got bought up, so it really changed the landscape of resale real estate as we knew it,” said Dale.

But lately, sales haven’t been as easy.

Dale said listings are staying on the market far longer and for much less, sometimes even forcing price cuts.

“But we do see a lot of times people do want to still try and attain the same pricing from two or three months ago, and when that happens, we are having to bring pricing down.”

Market reports from the Winnipeg Regional Real Estate Board show the average cost of a home in Winnipeg skyrocketed to around $450,000 in May and has since made a sharp decline to 400,000.

Peter Squire, the real estate board’s vice-president of external relations and market intelligence, said the drop was bound to happen.

“That was all due to that shortage of listings and some of that continued demand that carried over from 2021,” he said.

January had approximately 1,800 active listings. Fast forward to July, there’s a much more plentiful 3,700 listings on the market.

“It’s not like the increases have impacted our market anywhere near to the same extent as those more expensive ones, but it’s still a higher monthly payment cost.”

Squire said the interest rate hikes would likely add, on average, $125 to a monthly mortgage payment.

While it might not seem ideal, Squire noted the cooldown is needed for a healthier housing market.

“So we’re probably still not there yet, but we’ve certainly moved much closer to a balanced housing market than we were at the beginning of the year or that we were in 2021,” he said.

As the market settles into a more sustainable spot, realtors like Dale will have to keep up with the changes.

“I think managing expectations is huge, but also is market knowledge, you know, having an understanding that you know things aren’t the same as they once were and looking for patterns in the market,” said Dale.