As gas prices continue to soar, some Manitobans are shifting to carpooling to cut costs and stress.

Malay Das and Kanika Kuri used to travel to work separately from their home in Winnipeg’s south end. But that changed last week, when gas prices in the city topped $2 a litre.

The couple started commuting together, along with Das’s brother Pranay.

“We are on the same route to our offices, so we thought maybe we can use only one vehicle instead of two or three,” said Malay, who works downtown. “That way we can save some money.”

All three approached their bosses, asking if they could stagger their start times to make the carpool work.

Pranay Das expects the carpool will save him $200-300 per month on fuel and parking. (Warren Kay/CBC)

The trio expects their plan to pay off. Between fuel costs and parking fees, Pranay Das expects to save $200-300 a month.

“Because we were both driving SUVs, it was a huge gas consumption,” he said.

Meanwhile, Kuri is saving bus fare, and avoiding the stress of being late for work when buses run behind schedule.

Malay thought about carpooling with co-workers, but was worried it could get too complicated. Travelling with family offers more flexibility, he said.

“Maybe I’ll have to start a little bit late or a little bit early,” he said. “Or maybe I have to pick something up, or someone has to pick up or drop off their kids. Those things you have to manage are a little bit of stress too.” 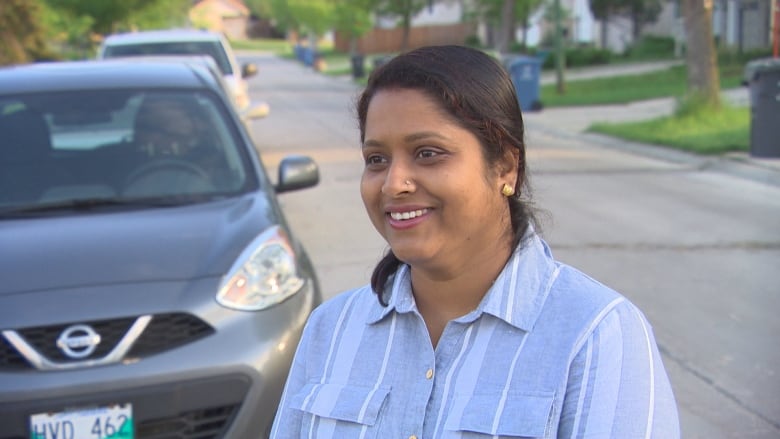 Kanika Kuri said she was often late to work when buses didn’t arrive on time, but hasn’t had that problem since she started carpooling. (Warren Kay/CBC)

The Green Action Centre is trying to ease some of those concerns with its GoManitoba website, which suggests green alternatives to driving alone.

Users can enter the start and end points of a trip, and the site will offer options like bike or bus routes. It can even help people find others who want to share rides.

Marginet said while the concept of carpooling is simple, it can also be tricky to co-ordinate.

“You have to have somebody who lives relatively close to you, travelling to the same area at the same time, both back and forth,” she said.

But as gas prices are climbing, so is the number of people signing up at GoManitoba, said Marginet.

“So if you’re looking [for a carpool partner] or maybe haven’t been able to find a match, I would say that now is a great time.”

Finding that match is a bit like online dating. Marginet recommends asking a lot of questions to gauge compatibility.

“Like, are you a morning person?” she said. “Will we have windows open or closed? Will we listen to the radio? If so, who picks the station?” 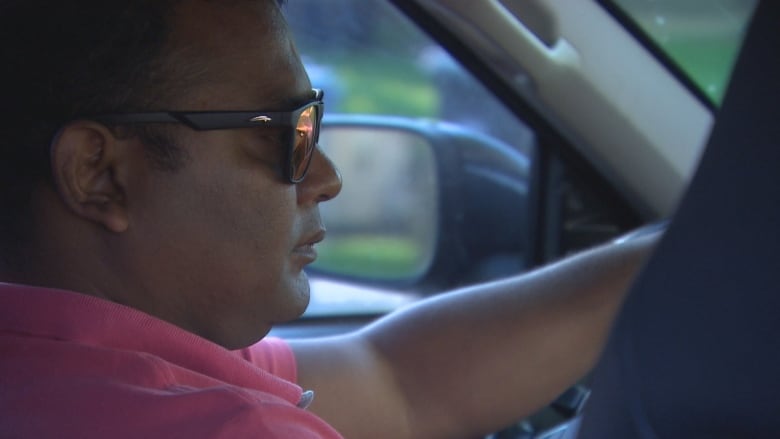 Malay Das says carpooling with his wife and his brother gives them more time to chat, bringing them closer as a family. (Warren Kay/CBC)

The Das family said they usually stay quiet during their commute. With just one of them driving, the two passengers get a little more time to relax, or even have a snooze on the way to work.

“Then there will be less traffic on the road and that will be more convenient for other people too,” he said.

He adds the drive also provides more time to chat with his wife and brother, bringing them closer as a family.

CBC’s Emily Brass speaks to members of a south Winnipeg family who have developed a new strategy for getting to work, as well as an expert who has some suggestions for those thinking about dipping a toe in the carpool.