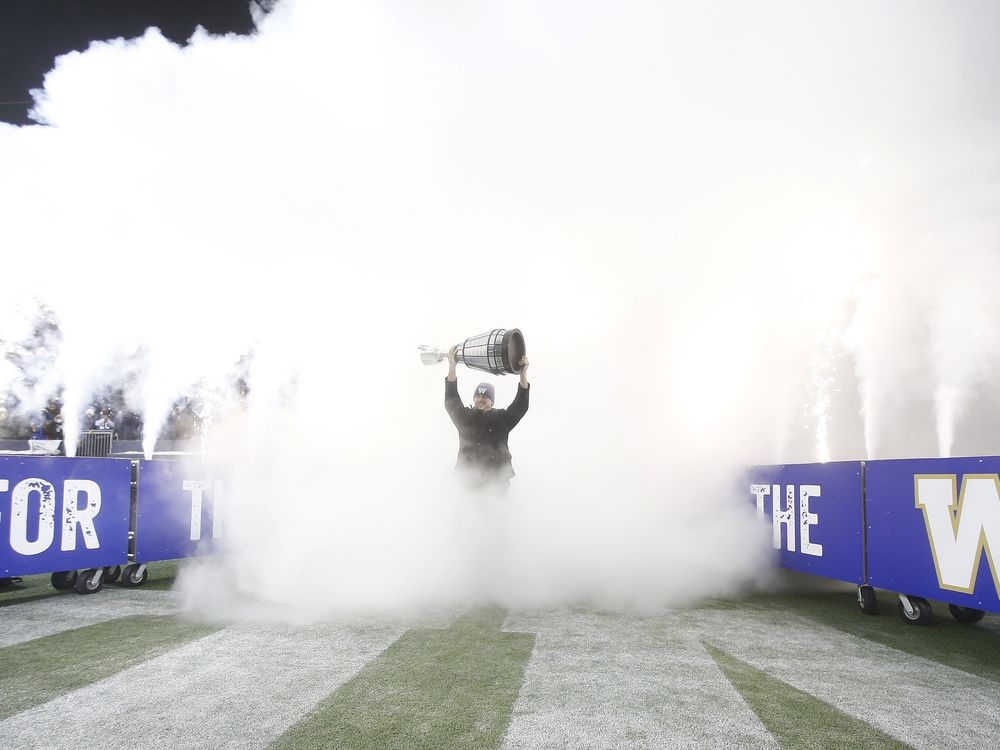 The Winnipeg Blue Bombers are bidding to host the Canadian Football League Grey Cup championship in either 2024 or 2025, and the Manitoba government is offering up to $5.5 million to help the bid.

Winnipeg is a natural choice, given the club’s back-to-back wins in the last two championships, Premier Heather Stefanson said.

She expects the economic benefits to outweigh the cost, and said city hall is expected to offer up to $1.5 million.

“You can see that this is a significant benefit, not just to our city but to our province,” Stefanson said in an interview Tuesday.

Winnipeg last hosted the Grey Cup in 2015 and saw an estimated 22,000 visitors take part in weeklong celebrations that culminated in a 26-20 win by Edmonton over Ottawa.

Manitoba estimates hosting the event this year would add $90 million to the economy and provide $8.2 million in provincial tax revenue.

The province’s financial support this time around is more than in 2015. It’s also more than recent winning bids in other provinces.

The Ontario government put up $3 million combined for two Grey Cups in Hamilton — one in 2021 and one slated for next year. The Saskatchewan government’s tourism Crown corporation offered $3 million in the bid that landed this year’s final in Regina.

Stefanson said Manitoba is offering more money partly because the number of teams wanting to host the championship is getting crowded. The bid is for either the 2024 or 2025 Grey Cup in order to improve the chances of landing one of them.

“Obviously (it’s) just more competitive as we move forward, inflationary pressures and so on,” Stefanson said.

There is no word on when league officials will make a decision on the bid. The league has not announced a host city beyond Hamilton in 2023.

On the field, the Bombers have continued to dominate this season. The club clinched first place in the CFL West Division last weekend with a 48-11 victory over the Edmonton Elks.

Manitoba’s financial aid comes at a time when the provincial government continues to wrestle with deficits.

The province has been recording red ink annually since 2009, with the exception of the 2019-20 fiscal year. For the fiscal year that ends next March, the deficit is forecast to be $202 million.