Winnipeg council to vote whether or not Airbnb, short-term leases will get new guidelines 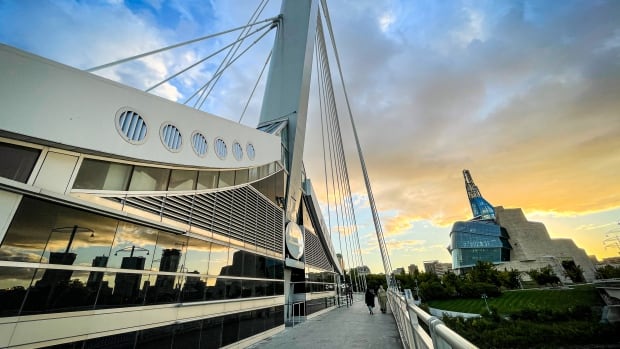 A handful of Airbnb owners say they’re in favour of city rules to make sure short-term rentals are safe, but hope Winnipeg won’t simply adopt ideas from Toronto or other larger cities.

“Toronto is way bigger than Winnipeg, and shouldn’t be used as an example for our city that’s just on the cusp of growing,” said Chibuzor Alumba, a Winnipegger who rents out an Airbnb.

The City of Winnipeg is looking at regulating short-term residential rentals — like the ones listed on Airbnb — to combat concerns about fairness in the hospitality market, noise in high-density areas and even criminal activity.

If council votes in favour, city staff will have to get feedback from Winnipeggers about what issues should be addressed by new rules, and look at Toronto’s short-term rental rules to see what could apply to Winnipeg’s situation — all within four months.

Those in the hotel industry are eager to have some restrictions, including limiting owners to only rent out parts of their own homes. That would wipe out those who own units specifically for short-term rentals.

“The primary residence requirement addresses safety issues that are so rampant right now due to operators with multiple units,” said Scott Jocelyn, president and CEO of the Manitoba Hotel Association, who was at the council meeting.

He said short-term rentals threaten the prosperity of hotels in Winnipeg, especially after they suffered financial hits during the COVID-19 pandemic. The rule would make neighbours happy, too, he said.

That doesn’t sit well with some owners. Dominique Noel, who owns a bed and breakfast in St. Boniface that she rents out through Airbnb, said that rule would “devastate” her business.

Not just for travellers

Her place welcomes not only travellers, but also newcomers, she said.

“Many of us hosts are actually the first point of contact for many of them, as they make up a good portion of our guests before settling into a home of their own,” she told council on Thursday.

“My space acts as a place where a family can adapt to their new surroundings comfortably with a helping hand of their host.”

Alumba said he believes there should be new rules, but there are many valid reasons people use short-term rentals — he’s had someone from outside of Winnipeg use his space as a private home during chemotherapy.

“Let’s make sure all parties are stopped in their tracks. Let’s make sure our neighbours feel safe. Let’s make sure there are fines for people who are not paying attention to their homes and their business. But let us not restrict and just stop servicing a wide range of people that need to use the service.”

City council will make other decisions today that will affect homeowners.

They will decide if designated cannabis growers should be restricted to industrial areas only. Council will vote whether to create a licensing system for those growers.

Council will also vote on a few pet bylaw changes. They could remove the breed-specific dog ban, delay a two-year pilot project to allow backyard chickens, and decide whether or not city staff should research updates on exotic animal rules.

Jets seize 1-Zero lead over Flyers after one

Flyers get shut out by the Winnipeg Jets, 4-0, in second-to-last recreation of the season