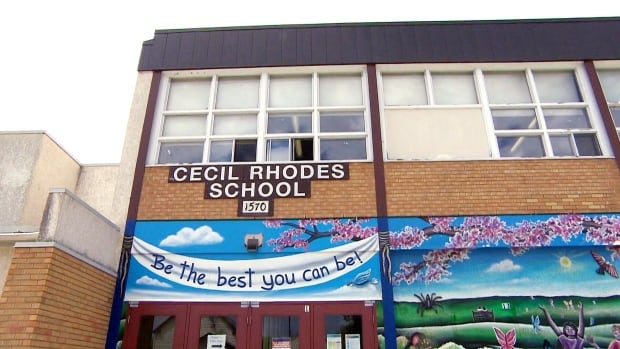 The Winnipeg School Division has approved a new name for a century-old school that honoured a controversial man connected with apartheid and white supremacy.

Keewatin Prairie Community School connects the school to its geographical location while also honouring the Cree and Ojibway languages, the division said in a news release.

Keewatin means “the land of the northwest wind” in Cree and Ojibway.

A petition to change the name of Cecil Rhodes, a nursery to Grade 9 school in the city’s Weston area, was launched in 2020 during a global wave of anti-racism rallies and a renewed push to remove colonial monuments.

It eventually gathered more than 1,700 signatures.

The school consulted with community members and students to come up with a new name. It said that both “Keewatin” and “prairie” were popular suggestions among survey responses.

On its website, Cecil Rhodes school proclaims its name is a tribute to the “British-born South African statesman, financier, founder of the Rhodes Scholarships at Oxford and one of the great empire builders of the late 19th century.”

However, biographies written about Rhodes say he also advocated vigorous settler colonialism and touted views that white Europeans were “the first race in the world” and that “the more of the world we inhabit, the better it is for the human race.”

A British businessman, imperialist and politician, Rhodes’ policies paved the way for apartheid in South Africa.