Will the Jets win with “Bones”? 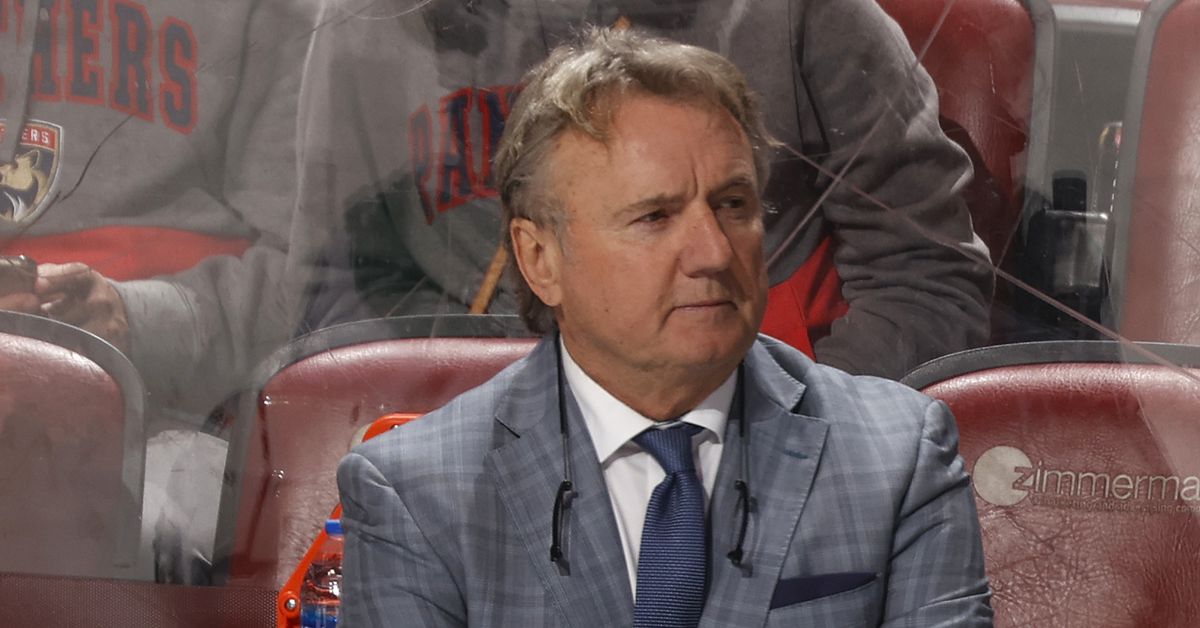 On June 12, 2012 I started writing on the Winnipeg Jets at SB Nation’s Arctic Ice Hockey. Five years later I announced my departure from covering the Jets in blog format at Jets Nation to transition into full time at HockeyData. Now, after another five years, I’m announcing that I have returned.

Right after the Jets hired Rick Bowness as the new Head Coach. So, that’s what I’m going to talk about!

To be honest, it is extremely difficult to do any type of intense, in depth analysis on NHL coaches at a high level of confidence. I will get to the reasons later, but do not expect me to say that Bowness is either a godsend or a huge mistake. Rather, I will go over different layers of analysis behind coaching, and hopefully you’ll come out of it a bit more informed on hockey while I get to rant out some concepts, ideas, and theories on NHL coaching.

JUST HAPPY TO BE HERE

I think Rick Bowness is a big win for the #NHLJets. This is a coach who took a low-seeded team to the Cup just two years ago. Wears his heart on his sleeve, really excited to see what he brings to the organization

This is not to rip on Jesse Pollock, but I saw someone suggest Pollock would have been happy with any decision the Jets made. And that is okay.

Most fans are just excited for the upside and potential within any decision. There’s nothing inherently wrong with being a positive fan. Hockey is just a silly sport where people walk on ice using knives, while hitting frozen rubber biscuits into nets with sticks, and most sports fanatics are loyal to a corporate entity simply because of its geographic location.

On a serious note, it’s not difficult to find the silver lining in sports decisions. I’ve been there before and it’s not hard to focus on why a coach or manager hopes a decision will work out. Heck it was easy to write entire articles arguing against myself and how the Logan Stanley pick could turn into a win.

(Almost) All decisions by NHL teams are made with good intentions and so one can find the hope within. Whether or not that hope is well placed is another story. But no matter who the Jets hired, regardless of their level of experience, the head coach will try to get the Jets to score more goals than they allow.

Bowness could potentially lead the Jets to success, and some will find hope in that. Almost anything is possible… but not everything is most probable.

WHAT’S IN A NAME

Another common one with the general NHL fans is the focus on whether or not the coach has name recognition behind them. Barry Trotz was “The Name” and many Jet fans were disappointed in their team missing out on getting someone so widely acknowledged.

I hope though that you don’t require convincing that public perception and popularity poorly correlates with success.

Bowness may not be Trotz, but that is neither an automatic win or loss.

How have teams done with the coach historically?

Have they accumulated a lot of wins? How is their overall record and have they won more than they lost? Have they made it to the finals or won a cup?

Is Paul Maurice as good as his win totals, or as bad as his win percentage? Should he be exalted for his 2017-18 season, or cursed for his 2015-16 season? Do you blame him for the terrible goaltending he received in Toronto and Carolina, or do you praise him for having Connor Hellebuyck?

Coaching success is highly confounded by factors outside of their control. There is a lot that goes into winning. Coaching is only one part of the puzzle, and likely smaller than team overall talent or even luck.

Bowness may have led the Dallas Stars to the finals, but the team struggled after. He has been in the league for quite some while, but has won only 238 of his 688 NHL regular season and playoff games.

If you were hoping for me to break up some film and make projections of what to expect from Bowness’ version of the Jets, sorry to disappoint.

Coaching is the same. Coaches may carry some tendencies and philosophies throughout their career, but part of their systems and tactics come from what they believe will fit the team best. Now, that does not always work out.

The Jets lost a lot of blueline quality with the exodus of Jacob Trouba, Dustin Byfuglien, and Toby Enstrom, and some mobility with less positive results in Tyler Myers. To compensate, Maurice made changes in the Jets transition game, and how much freedom defenders were given to activate. It is my opinion that this actually exacerbated the Jets weaknesses rather than insulate them, but elite performance from Connor Hellebuyck masked the issues.

Bowness has historically played a heavy forechecking game, similar to what Maurice deployed with the 2014-15 Jets. But, they were more set for that type of style roster-wise than now. Also, the Jets score mostly via transition and skill plays, but the Dallas Stars under Bowness were a heavy dump and chase team.

An interesting note was that the Stars seemed to significantly change styles when leading versus trailing. Score effects impact most teams, but it seemed like the Stars were more stark and deliberate.

Again, things may not be the same, as coaches try different things with different rosters. The NHL is also very much a copycat league, and the success of the Colorado Avalanche will leave a mark on other teams. As Bowness said in his interview on the Kenny and Spenny show: Adapt or die.

So what then of a more nuanced take?

I’ve said it before but there were four major problems coaching needed to address with the Jets:

You don’t win with that lack of defending.

It’s hard to say how the penalty kill will look under Bowness and Scott Arniel, but the bar has been set so low that it almost certainly will improve even if it stays bottom-10 in the league. There is some promise given both of their past performances but that continuing isn’t necessarily a given.

There is also some history suggesting Bowness can work with young players and help transition aging veterans into a reduced role. Whether or not it will happen in Winnipeg and happen with the correct younger and older players remains to be seen.

The one I’m a bit more confident on is Bowness’ fit in defensive impact. Dallas under Bowness did perform well defensively but struggled for offense. Micah McCurdy’s modeling at HockeyViz though suggests the lack of offense was more player personnel related and the coaching impact was good defense with minimal impact on offense:

From a surface level evaluation, Bowness is an NHL coach. He has struggled for the bulk of his career, but the Jets might be the right team for him to succeed. The team, however, has more holes than the coach if they want to succeed and I believe the roster’s weaknesses are ones that only an elite coach can hide.

The team didn’t go for high upside with an up-and-coming coach. They didn’t risk and played it safe with a commodity that helps their biggest weakness as of late: team defense. It will move the needle but will it be enough? There are rumors that Bowness fit well also because he was a short term stop-gap for the Jets to re-pursue Trotz at a later date. If that is true, the Bowness hire risk is very minimal from a coaching point, but there is the issue of losing a year when the bulk of the Jets core has a window shrinking fast.

The team will still be the Jets, made up of the 12 forwards, 6 defenders, and 2 goalies they decide to dress for each game.

There are many skill sets that make a coach. There’s tactics and systems, development of players, motivation and determination, running the room and culture, selecting player roles, ice time, and usage, etc. Every coach has their strengths and weaknesses when it comes to their craft.

Long time ago I heard James “The Thinker’’ Smith suggest that (elite athlete strength) coaches were primarily motivators and that skill drove success. He believed that their talent to motivate athletes masked their competency or lack thereof in the other relevant abilities.

I think the NHL is fairly similar, and that overall a NHL coach’s primary driver of success is their ability to garner buy-in throughout the team and motivate players to do their best. We may slice systems and tactics, but the actual range and diversity between teams is smaller than we usually care to admit. We pick on the player selection and deployment, but the GM guides that by giving the cards the coach has to play.

I don’t expect the world from Bowness, or the Stars’ Cinderella run with him to repeat, but I think he is a good fit for a team that appears to want to squeeze every last drop out of what remains with the current core.The Jets will need every help they will get, as having five defensive liabilities soaking up the lion’s share of minutes.