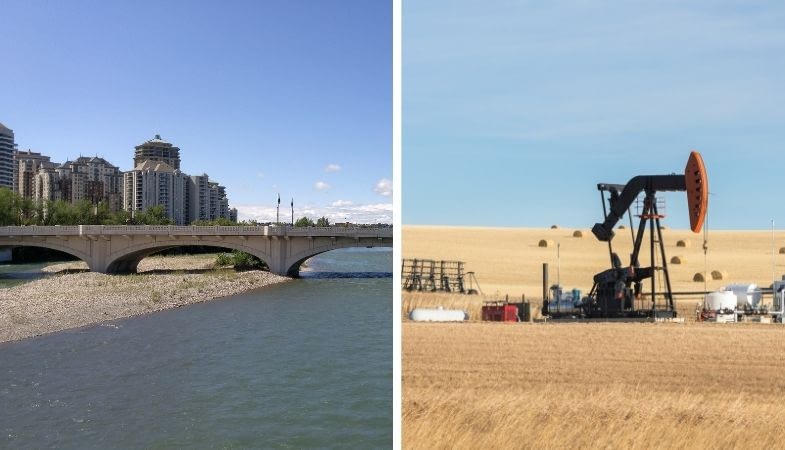 As the largest urban centre in Alberta, Calgary draws in workers from a broad range of professions from across the country. Due to its proximity to the mountains, the Calgary real estate market has also become a hot spot for those looking to leave the central provinces of Canada in favour of more time amid the breath-taking beauty of the Rocky Mountains.

One of the biggest industries in Alberta is oil, and the state of the economy is typically reflected in the prices of this commodity. Earlier the year, oil prices were tumbling downwards which translated to possible hard times for the economy. But in the second quarter of 2021, the tide has turned and oil prices are rising yet again. In fact, the first quarter of 2021 saw prices jump up to nearly $60 USD per barrel, helping to cut the provincial budget deficit and slightly boost the economy. As the year continues, it is widely believed that oil prices could increase even further – meaning a boom for the Calgary economy, and possibly the provincial real estate market. Below we take a deeper look into the latest figures to explore the impact of spiking oil prices on the local Alberta real estate markets.

Calgary, and the rest of Canada, has enjoyed a rather unprecedented real estate boom over the last 16 months. With oil prices rising and the Alberta economy enjoying a renewed jolt of energy, it is no wonder the real estate market has also gained.

The month of June set a new monthly record with 2,915 residential units changing hands. With such high numbers being posted, the market needs to be refuelled in terms of listings – something that it has been lagging with over the past several months. This past month, however, the tides turned, and new listings totalled 4,135 – the second-highest number ever for June. These new listings helped inventory levels to climb to 6,918 units and provided hope that the market may be heading towards a more level playing ground for buyers and sellers.

After months of low inventory, it will take some time for the supply to catch up and surpass the demand; the city however, is heading in the right direction. Calgary Real Estate Board Chief Economist Ann-Marie Lurie discusses this trend in the Board’s most recent market update: “It is taking time for supply to catch up with the demand in the market. Through the early spring market, many buyers did not have a lot of choice, but the recent improvements in supply are providing more options for those purchasers and supporting the strong sales we continue to see in June. At the same time, gains in inventory are taking some pressure off the market as it starts to trend towards more balanced conditions.”

As was expected for the month, the high demand further pushed the benchmark home price up in June. While the new surge of inventory did curb some of the gain, the benchmark price was 11% higher in June 2021 than it was in 2020.

Certain property types saw more of a price increase during the month of June. Residential detached dwellings continued to rise in price by a modest 1% over May 2021, but nearly a 13% increase over June 2020. This was led mostly by a strong sales-to-new-listings ratio of 76%, as well as lagging supply levels in comparison to the climbing demand.

The Future is Calgary!

With oil prices continuing to climb, the Calgary economy is heading in a strong direction. Perhaps most compelling is the desire for first-time buyers from other provinces to head to the western province to buy a piece of real estate in one of the few remaining affordable urban markets in Canada. With prices in the province markedly lower than those in Ontario, Calgary is proving to be a magnet for Ontario buyers who have been priced out of markets across their home province.

As oil prices rise, the real estate market is expected to get a little busier as the year progresses. However, it is expected that supply will begin to replenish towards the tail end of 2021 and as we head into 2022, eventually levelling out the Calgary real estate market and pulling away from the hot seller’s territory it has maintained since late last year.

The Globe And Mail