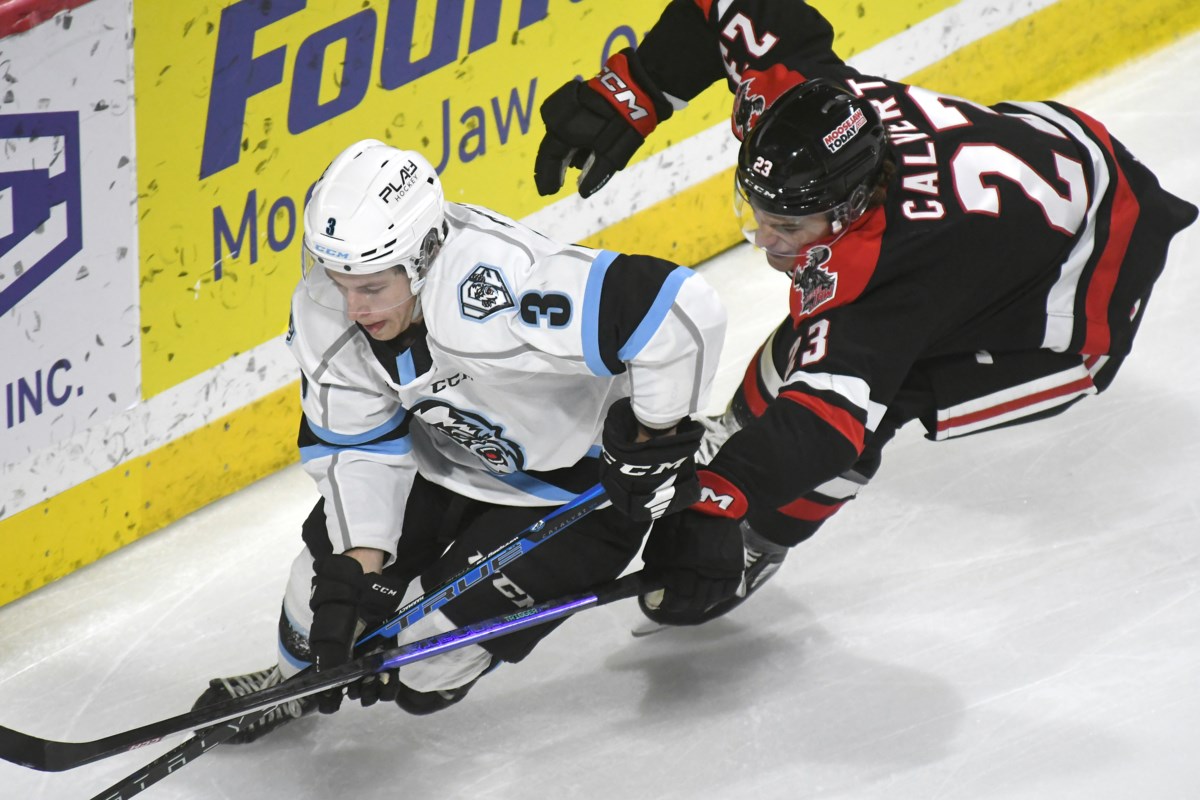 Heading into their Western Hockey League contest with the Winnipeg Ice on Saturday night, the Moose Jaw Warriors knew they were going to be in for a serious challenge.

Not only were the Ice a perfect 5-0-0-0 on the season, they were also the top-ranked team in the Canadian Hockey League — the kind of pedigree that not too long ago could have led to a tough night for the home team at the Moose Jaw Events Centre.

But this is now a veteran and experienced Warriors club. And on Saturday, they looked every part of it.

Moose Jaw scored three unanswered goals through the second and third periods and would go on to a 4-1 victory over Winnipeg to improve to 3-2-0-0 on the season.

“I’m real proud of the group, we knew what kind of a task we were up against playing the number one team in the country, and for a good reason,” Warriors head coach Mark O’Leary said. “They’re a good team, they can make plays and they can make you pay. But I thought from the goaltender out we played a really good game and we deserved to win.”

As O’Leary pointed out, there was no hiding from the fact that Winnipeg is a dangerous foe. But they’re also a team the Warriors are plenty familiar with, having faced much of that crew last season in addition to five games in the playoffs. And that means knowing a bit about what it takes to give the Ice a challenge.

“We have confidence in the way we can play in the puck in the offensive zone, but it’s all about the details and the work habits it takes to get the puck there,” O’Leary said. “Number one, it’s tracking back and stopping them inside your own end. They’re dangerous on the attack off the rush and in your end, obviously, so it’s making sure you’re doing the right things to get the puck back in a hurry and that’s what we did well tonight.”

Winnipeg was able to create a bit of havoc in the Warriors zone at times, though, and offensive zone turnovers were a major part of that, as they were in Moose Jaw’s previous two games.

“That’s puck management, and we talk about it all the time,” O’Leary said. “As the season goes on, you’ll see an improvement in that area and in the playoffs, that’s really important. Any time you’re playing against a team like Winnipeg or Brandon or Saskatoon, they’re all the same in that they have a fast transition and we’ll continue to work to get better in puck management and decision making.”

The Warriors didn’t get a shot until eight minutes had passed in the first period, but once they did, the ice started to tilt in their direction.

It all led to a flurry of Moose Jaw chances with three minutes left in the frame, and eventually to the game’s first goal. Thomas Tien got off an initial shot and had the rebound go right to Atley Calvert in the slot, with the Moose Jaw Minor Hockey product quickly spinning and putting a shot on net that snuck through Winnipeg goaltender Dawson Cowan’s five-hole.

The marker came with 3:21 remaining in the first and was the only goal of the period.

Winnipeg tied things up 5:42 into the second when Owen Pederson found Matthew Savoie with a nifty drop pass in the slot and Savoie got off a shot that just managed to elude Connor Ungar blocker side.

That would be the only shot to elude the overage netminder, though, as for the second game in a row he turned in an outstanding performance while making a handful of tough saves and all the easy ones. He’d finish with 26 stops on the night.

Brayden Yager and Jagger Firkus combined to give the Warriors back the lead with 5:19 remaining in the second, and it was as slick a give-and-go as you’ll see. Yager broke into the Winnipeg zone, hit Firkus with a perfect cross-ice pass and took the return feed while breaking to net before putting a blaster of a shot right under the crossbar.

Denton Mateychuk then increased the Moose Jaw lead to two midway through the third, taking a drop pass off the boards from Eric Alarie, going in unchecked on Cowan and putting a shot home low glove side.

Yager scored an empty net goal with 54 seconds remaining to close out scoring.

The win is an obvious confidence builder for the Warriors and one O’Leary hopes will lead to good things down the road.

“Confidence comes from doing the right things that work, it’s one thing to buy into do things a certain way, but when you do it and get good results, that gives you confidence to do it again,” he said. “I thought the guys did that, the work habits we’re talking about all the time. The sprints, the bodies in front of shots, they did them tonight and they were rewarded with some good looks at the other end because of it.”

The Warriors are right back in action on Sunday afternoon as they travel to Saskatoon to face the Blades. Game time is 4 p.m.