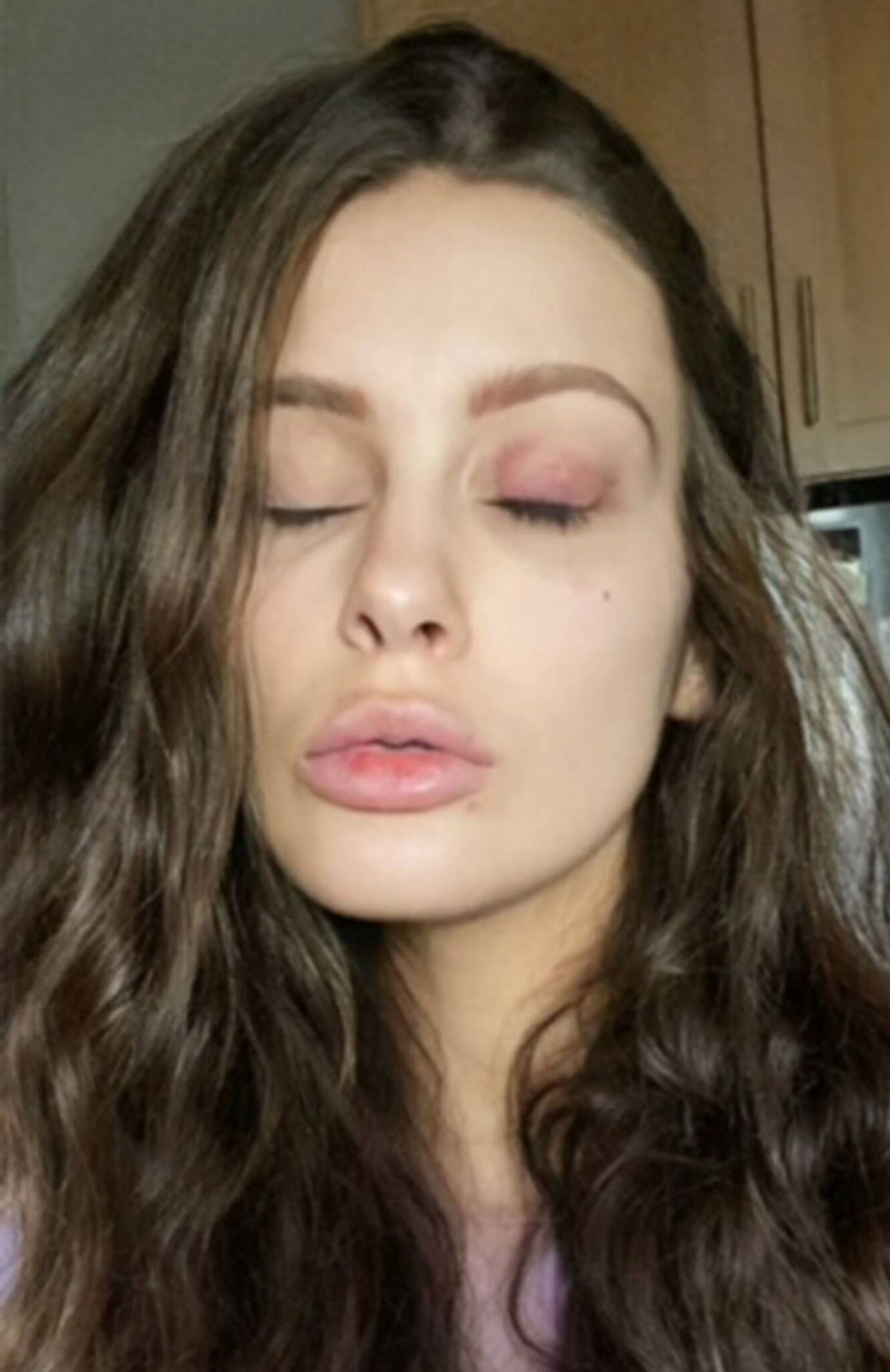 A Winnipeg woman says three Winnipeg Transit workers saved her from being severely injured when she was assaulted near a downtown bus stop.

Taylor Hill was walking to her stop near Portage Avenue and Garry Street Tuesday night when a woman passing by suddenly attacked her.

“I feel this sharp pain in my face, and I thought I walked into something, but I realized two seconds later that she punched me,” Hill said. “She got me on the ground and pinned me down. She was pulling my hair and scratching me — just getting violent out of nowhere.”

Taylor Hill was approaching a bus stop near Portage Avenue and Garry Street Tuesday night, when she was suddenly attacked by a woman passing her on the sidewalk.

Hill tried to defend herself with one of her high-heeled shoes, but the woman overwhelmed her, she said.

Three transit workers pulled the attacker off the victim. One of them flagged down a passing Winnipeg Police Service patrol car, and officers arrested the suspect.

Hill got a black eye and bruised lip. If the Transit workers had not been there to intervene, it would have been much worse, she said.

“It’s very concerning and heartbreaking that these transit drivers are… taking the role as a security guard… that’s not what they signed up for. They shouldn’t have to be going to work wondering whether or not they’re going to be stabbed or attacked,” she said.

Police confirmed a suspect will be charged with the random attack.

Police said the suspect had been released.

The president of the Amalgamated Transit Union 1505 said the incident underscores the disturbing increase in violent encounters at bus stops and on buses.

“This is happening pretty much anywhere now, any time of day,” Romeo Ignacio said, adding that every week the union receives up to five incident reports.

“There’s always that fear that one of our guys is going to get seriously injured or worse… some of our members are actually scared to go to work,” Ignacio said. “Every day, when you have to face violence, it’s exhausting.”

Since June, the union has recorded 16 assaults against operators. That does not include any incidents between passengers or those that happened at bus shelters.

The union wants the City of Winnipeg to increase funding to improve safety on buses. It would like to see the addition of emergency exits in the driver’s compartment and the expansion of protective shields to surround operators.

Last week, a Transit driver was forced to squeeze out of a window to escape a violent passenger who was attempting to stab him as he sat in the driver’s seat. In the past, unruly passengers have reached into the driver’s compartment and grabbed the wheel, putting everybody on the bus at risk, Ignacio said.

Ignacio is grateful for the investment but said the problem goes beyond transit, and solving it will require Winnipeg to address a litany of growing social issues.

“It’s not just downtown. It’s happening all over the city… It’s going to The Forks and having a beer on Canada Day and being stabbed. It’s being in your car and going to a movie at Grant Park and having someone carjack you,” Hill said, referencing a series of recent violent crimes throughout the city. “I’m fearful of everybody now.”