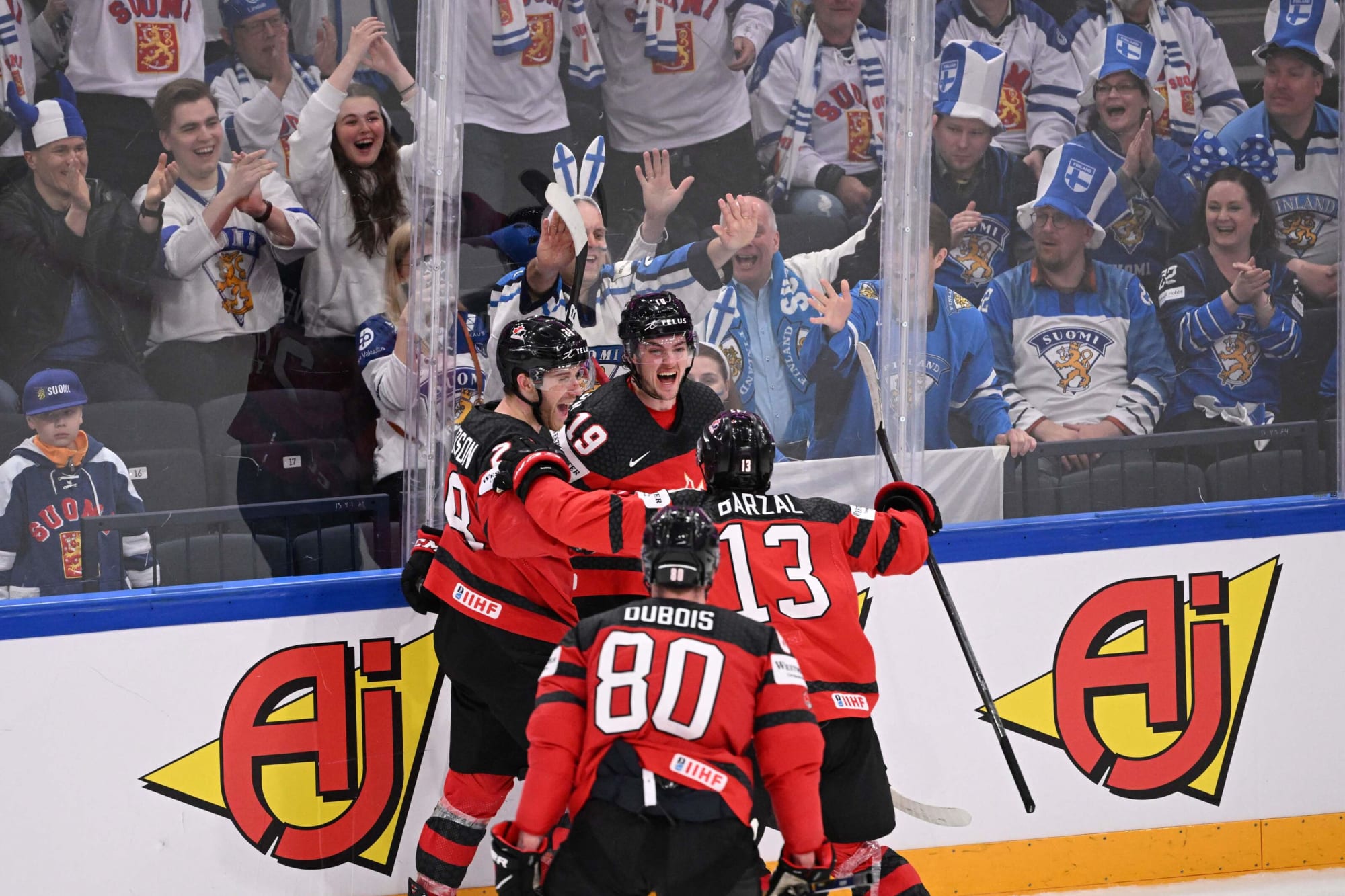 Heading into the quarterfinals of the 2022 IIHF World Championship in Finland, the Winnipeg Jets players who were participating in the competition faired extremely well.

Out of the five players from the Winnipeg Jets organization that were attending the tournament, all but one advanced to the playoff stages and that was Nikolaj Ehlers who represents Demark. Denmark ultimately missed the quarterfinals due to a tiebreaker.

Therefore the Jets were represented in three of the four quarterfinal games. In the early set of games, Pierre-Luc Dubois, Adam Lowry, and Canada faced off against Sweden, while Leon Gawanke and Germany took on Czechia. Then to finish off the day, Nate Schmidt and the United States matched up against Switzerland. The lone quarterfinal matchup that had no Jets involved was the Finland versus Slovakia game.

Here is a quick recap of all the quarterfinal games:

In a terrific game to start the day, the reigning champions, Canada had an epic three-goal comeback to keep their gold medal hopes alive.

Canada had an extremely slow start and found themselves down 3-0 after two periods. But Canada threw all they had at Linus Ullmark’s net to score three unanswered goals, including two within the last two minutes of regulation to force overtime. Dubois scored Canada’s second goal on the powerplay.

Less than 30 seconds into a ten-minute three-on-three sudden-death overtime, William Nylander took a tripping penalty and that was all Canada needed.

Mathew Barzal made a terrific fake shot pass to Drake Batherson who delivered a one-timer into a wide-open net to complete the comeback and win 4-3. Dubois picked up a secondary assist on the winning goal.

Dubois finished the game with one goal, one assist, and an even plus/minus in 19:48 of ice time. On the other hand, Lowry did not have any points, had an even rating, and played 15:13.

Like Canada’s game, Germany faced the same situation as they were down 3-0 heading into the final frame, but unlike Canada, they could not find a way to equalize the game and lost 4-1.

Gawanke only registered one shot and did not have any points in this game. He did finish with the most time on ice of any player of the game with 24:46.

This was not going to be an easy game for the U.S. as they faced off against Switzerland who finished top of Group A and was undefeated, while the U.S. was the fourth-placed team in Group B.

The United States scored two goals in the first period and then shut down the joint-top offensive team in the tournament for the rest of the game. Ultimately the U.S. scored in the final ten minutes of the contest and picked up the 3-0 shutout win.

United States’ goaltender, Jeremy Swayman and the U.S.’s defense played outstanding in this one. Swayman stopped all 22 shots he faced en route to picking up the shutout.

Schmidt played 24:17 but did not record any points in the win. He also had one shot on goal and finished with a plus-one plus/minus.

After finishing the preliminary stage without losing a regulation game (6-0-1 record), Finland found themselves down 2-0 with under five minutes left in the first period.

Finland was ultimately able to find their game as they scored one in the final minutes of the first, another in the second frame, and two more in the third to win 4-2.

The semifinals will take place on Saturday, May 28. The first game at 6:20 a.m. central time will feature Dubois, Lowry, and Canada versus Czechia. Then at 10:20 a.m. CT, Schmidt, and the U.S. will face off against host-nation, Finland.

It is also worth noting that it will be a quick back-to-back for all four remaining teams. The medal games are scheduled for Sunday. The Bronze Medal game will be at 7:20 a.m. CT, then the Gold Medal game will follow that up at 12:20 p.m. CT.

All of the remaining games can be seen on TSN in Canada and on the NHL Network in the U.S.A.

Winnipeg Jets Fans: Do you think any Winnipeg Jets players will be returning home with Gold? Leave your comments below!