This White Home is on the market – Winnipeg Free Press

Portage Avenue’s “White House” is on the market, and it’s even more opulent than the one in Washington, D.C.

Words don’t really do it descriptive justice, but here are some highlights: the cherrywood-floored main dining area has not one, but two, spiral staircases leading up to a golden-bannistered mezzanine, beneath nine stained-glass skylights and seven chandeliers. The rooftop has a spacious garden, hot tub, outdoor shower and kitchen overlooking the downtown strip. And it comes with four roommates — eight-foot-tall marble statues that hoist the mantle of the central fireplace above their heads.

“It’s certainly the most elaborate property I’ve ever listed,” said Lee Almstrom of RE/MAX, who shares the listing with her husband Bruce Harvey, who focuses on the two storeys of commercial space beneath the nearly 4,000 square-foot residence. In terms of attention to detail, nothing really comes close to the $3.5-million listing, Almstrom said.

The building’s interior wasn’t always like this. It was constructed in 1909 for real estate firm Oldfield, Kirby and Gardner, and designed by John Danley Atchison, a Chicago-trained architect who arrived in Winnipeg in 1905 and went on to design over 160 buildings and was the mind behind the legislative building’s mall approach, according to the Manitoba Historical Society. Atchison famously brought Chicago style to Winnipeg, and his influence can be seen throughout the downtown. 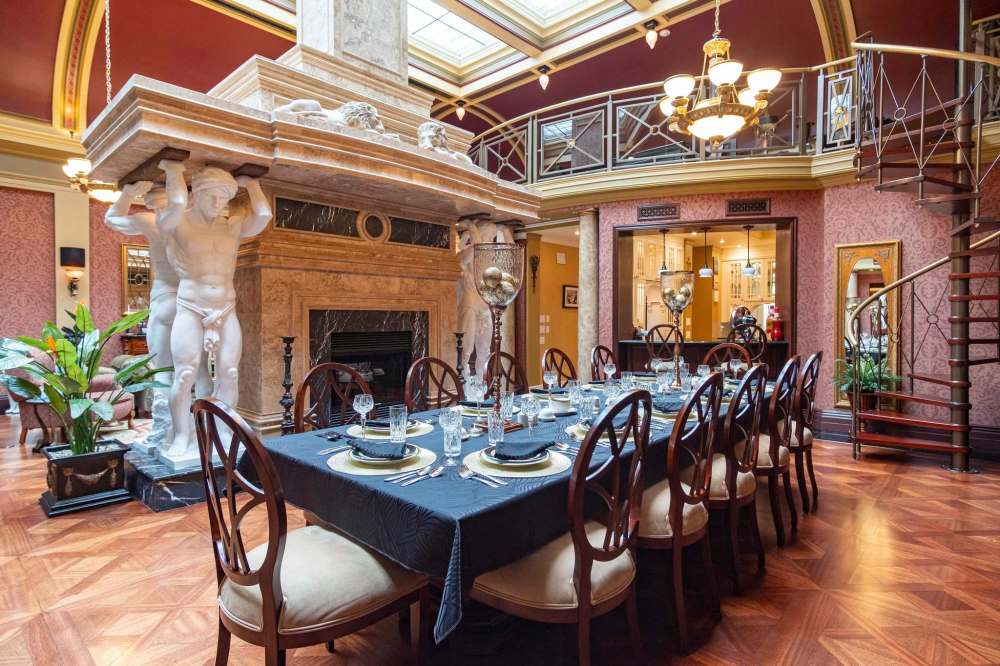 The White House’s cherrywood-floored main dining area has a pair of spiral staircases leading up to a golden-bannistered mezzanine. (Ben Schumacher photo)

The Winnipeg Architecture Society notes that the building is faced with cream-coloured terracotta, and a floral design manufactured by the American Terra Cotta Company (based in Chicago, of course).

“(Its) pediment (triangular top) is particularly rich in detail,” the society write-up says. “Two cherubs support a medallion and are surrounded by feathery sheaves of grain and lush garlands of flowers, fruit and vegetables.” 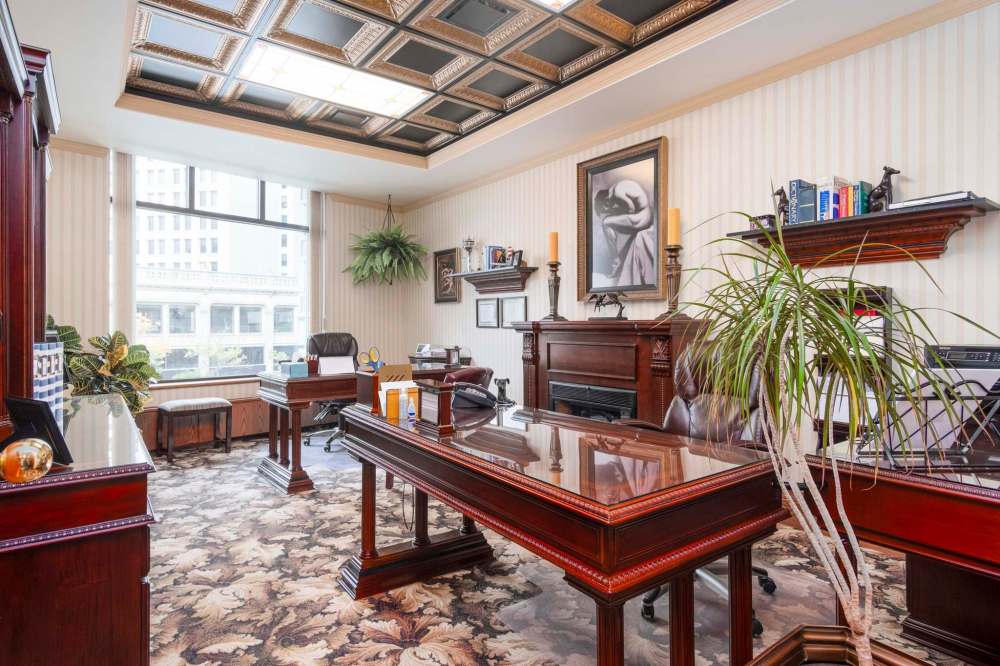 In the mid-2000s, the building was purchased by Michel Fillion, a co-owner of Superb Entertainment and for a fleeting moment in 2014, a Winnipeg mayoral hopeful, and his partner. They’d previously lived in Whyte Ridge, Almstrom said, and their grecian, neo-classical vision for the White House couldn’t have differed more from their former suburban stomping grounds.

Almstrom said before the new owners stepped in, the building had fallen into disrepair, but a lengthy renovation process restored it, and improved it to what it had been in its Jazz Age glory days. Restoration work has been continuous, with the rooftop oasis completed in 2017 and protective glass installed above the original stained-glass skylights. 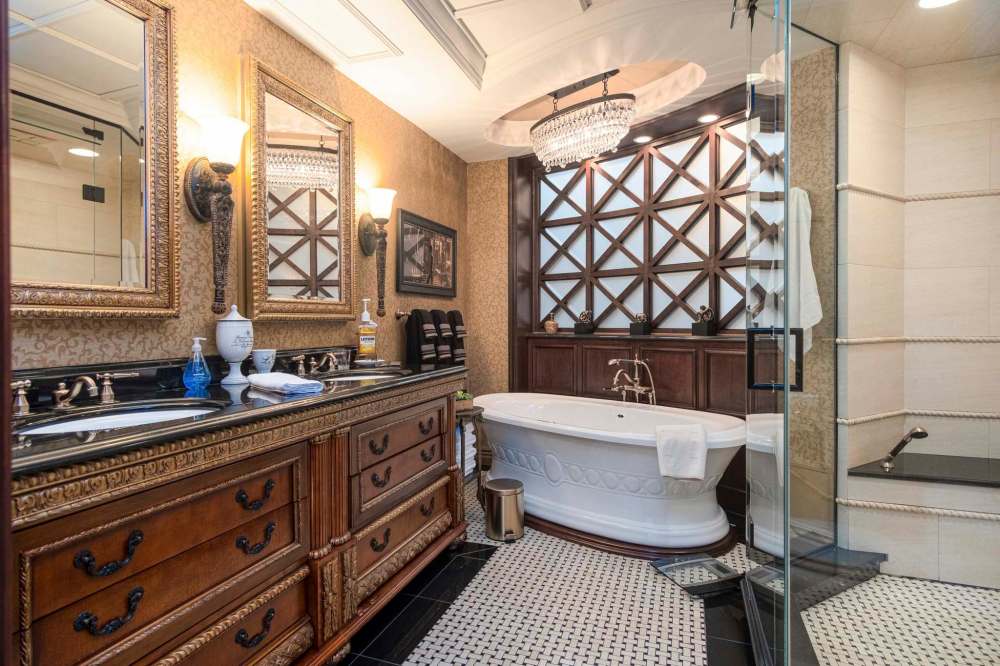 “You walk in, and you think, ‘Has this ever been preserved well,’” Almstrom said. “But it’s actually been recreated. So much work was put in, and I was struck by how well this property recreates a former era.”

Asked by CBC during his mayoral run how much the renovations ran, Fillion deadpanned, “It cost a lot.”

The main floor is occupied by an ophthalmologist, and the second floor office space is used as Superb Entertainment’s home base. There’s a 3,252 square-foot basement, and there’s a one-car garage that leads directly out to street level. 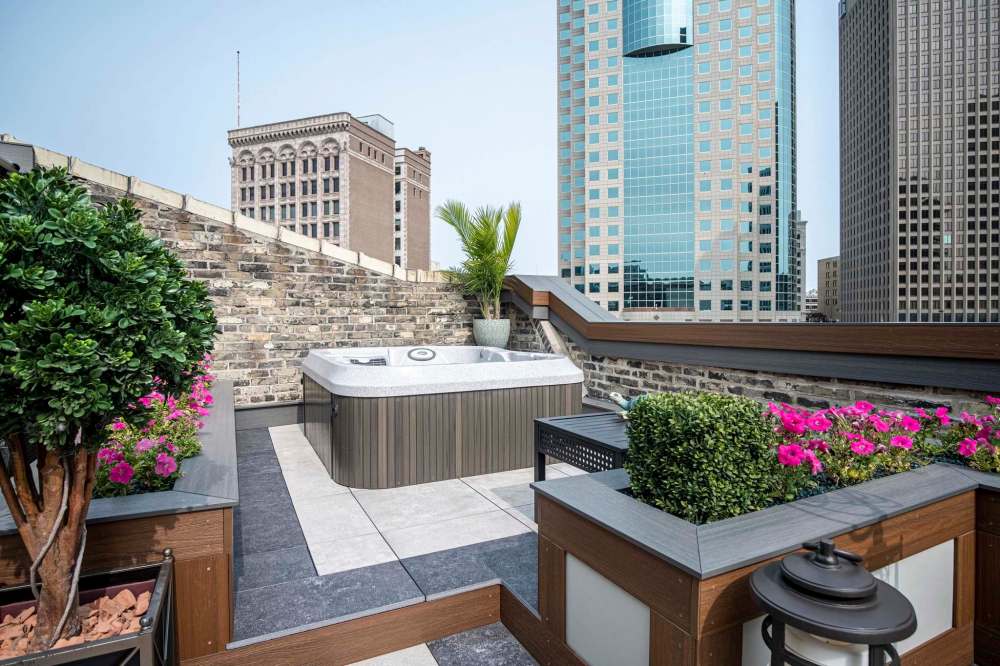 Restoration work has been continuous, with the rooftop oasis completed in 2017. (Ben Schumacher photo)

Almstrom said marketing the property has been a fun experience, and a labour of love. There has been interest in the property: Harvey held a private showing recently and another was scheduled for prospective buyers from Vancouver, Almstrom said.

Almstrom said although the residence has very distinct interior design motifs, it would lend well to more modern furniture or a blend of contrasting styles. But of course, a property like this has a perfect buyer out there somewhere, she said.

“There’s so much to offer, and people might think this is only possible in New York or Chicago,” she said. 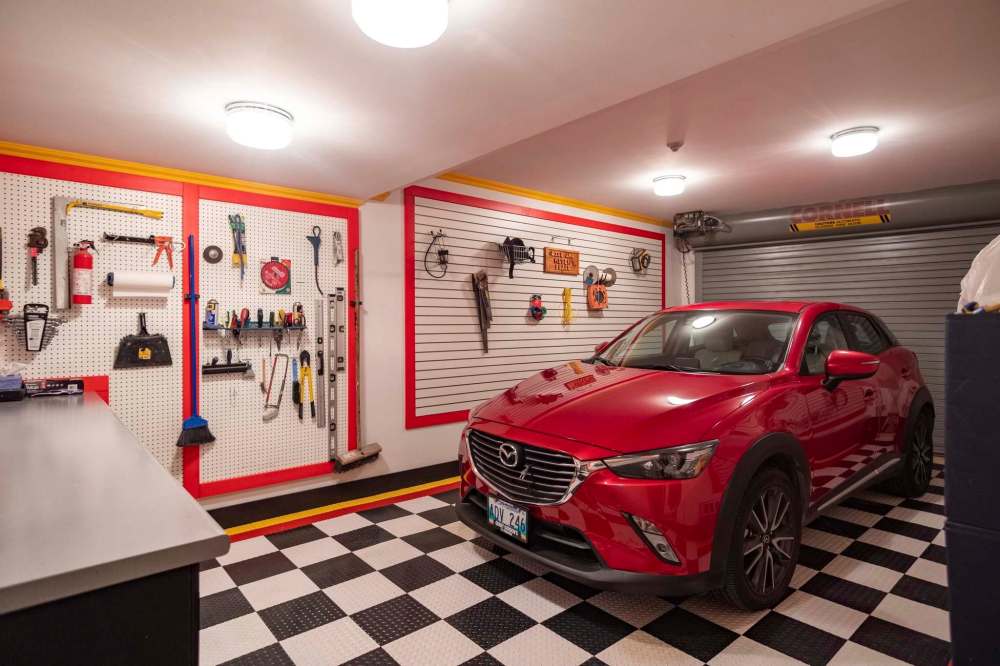