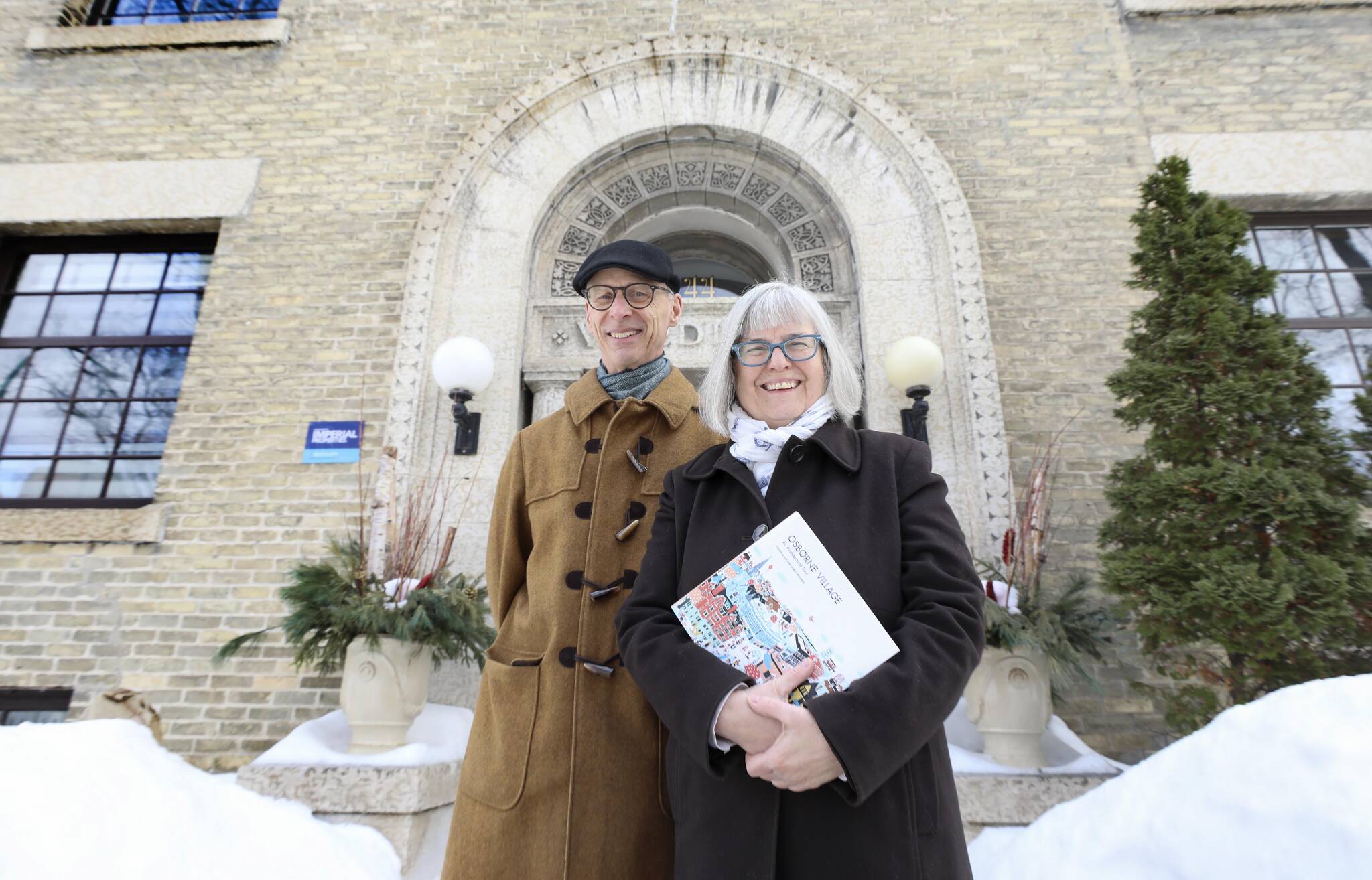 Osborne Village has lived many lives — many of which are still visible today.

Before it became a densely populated neighbourhood filled with boutique shops and restaurants, it was Winnipeg’s first suburb — created from the annexation of Métis farmland along the Assiniboine River — and home to the city’s wealthy elite. Vestiges of their estates live on in the repurposed character apartments that have housed many a modern-day Winnipegger.

“Almost everybody we’ve talked to, they’ll say, ‘Oh I lived in that building once,” says James Wagner, who has co-authored a book on the area with his wife, Susan Algie. “It seems like anyone who’s grown up here, it’s a place that’s been part of their life at some point.”Supplied image
The cover art for Osborne Village: An Architectural Tour was created by Josiah Koppanyi.

Osborne Village: An Architectural Tour is a publication of the Winnipeg Architecture Foundation, of which Wagner and Algie are founding volunteers.

The book is part of a new series designed to make the organization’s self-guided architectural tours more accessible, thanks to a larger format, bigger print and more photographs. The collection kicked off with Matt Cohen’s guide to Exchange District ghost signs in December and the non-profit is working on forthcoming books about architectural photographer Henry Kalen, the Royal Manitoba Theatre Centre and women in design.

During the last year, the Osborne Village co-authors have spent a lot of time walking and biking around the neighbourhood in the name of research. 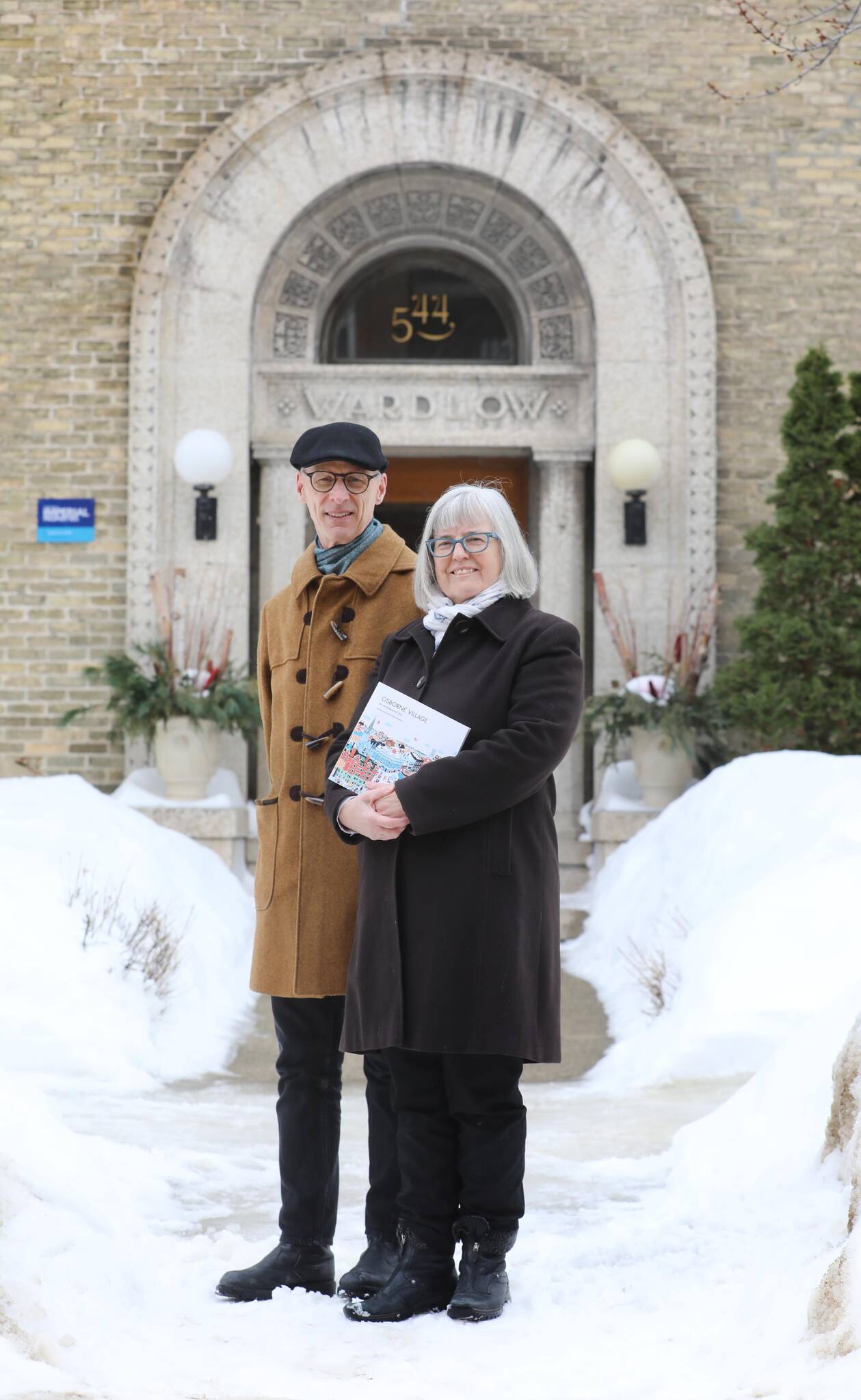 “Some landmarks are quite obvious, like the churches and schools,” Algie says. “We tried to include as many of the apartment buildings and the high rises as we could and then look for other kinds of things that stood out.”

The tour highlights more than 50 residential and commercial buildings constructed between the late 1800s and the present, including the iconic red brick Roslyn Court Apartments and the lesser-known childhood home of philosopher Marshall McLuhan on Gertrude Avenue.

The couple got a kick out of discovering hidden gems and unearthing the story behind quirky alcoves.

“The whole Roslyn Crescent area, for a long time I’ve wondered: how is it that there’s a 1950s suburb, although small, in Osborne Village?” Wagner says. “Through our research, we learned about the subdivision of the former Nanton Estate after (the Second World War).”

The five-acre property — developed in the 1900s for businessman Augustus M. Nanton — had a horse stable and sprawling gardens that, after the family’s fortunes dried up, were turned into lots for 30 modernist bungalows.

Algie’s favourite find was the riverside townhouses built behind Canterbury House at 270 Roslyn Rd. — that and the diversity of the area, which was named Canada’s Greatest Neighbourhood by the Canadian Institute of Planners in 2012.

“I went to look at the census for the languages in Osborne Village and after French and English, the next (most-spoken) one was Portuguese,” she says. “That was kind of a surprise to find out, but it also spoke to the diversity of the makeup of the neighbourhood, too… you’ve got people from every kind of economic background; the housing goes from affordable right up to the fancy-schmancy.”

The self-guided tour is divided into four legs along Osborne Street and Wellington Crescent. Each section includes photos and short descriptions of notable places with information about the architects and building design. Osborne Village is available for purchase at winnipegarchitecture.ca and McNally Robinson.

What’s Winnipeg Jets’ offseason plan? Why have their prospects stalled? Mailbag, half 2