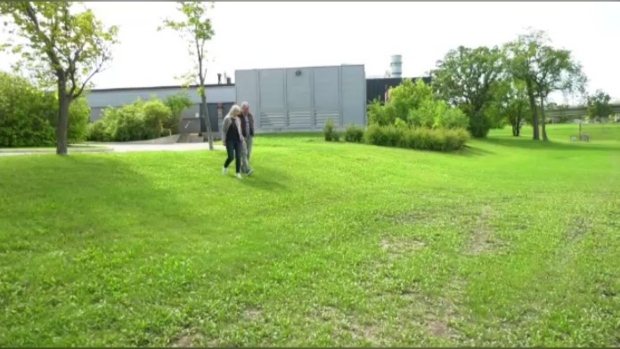 WINNIPEG —
The push is on to honour a residential school survivor by renaming a park near the school he once attended.

Theodore Fontaine died on May 10, 2021 after spending many years of his life devoted to sharing his experiences and preserving the history of the Assiniboia Residential School.

Morgan Fontaine, Theodore’s wife, said the land on Wellington Park, located near the former site of the residential school, was important to Theodore.

“It was his freedom,” she said. “His first taste of freedom since being six.”

Morgan noted that Theodore would come back to the park several times a week.

“This land was where he would try to leave those feelings, leave that grief, so he didn’t have to carry it around with him all the time,” she said. “But when he came here, he allowed it and he left it.”

Now a request has been made to the City of Winnipeg to rename the park after Theodore.

“Attaching Ted’s name to it, attaching the name of a residential school survivor to it is a way to capture the real meaning of this land,” said Andrew Woolford, a professor of sociology and criminology at the University of Manitoba who has been working with Assiniboia Residential School Legacy Group.

The park would be renamed the Theodore Niizhota Fontaine Park after both Theodore and his great grandfather, Niizhota

Morgan said Theodore would be pleased to know that this honour is being considered for him.

“When kids come here to sled and play baseball and be in this green space, this is an opportunity for them to say ‘Well who is this that was here? And why was he here? And why was this named for him?’ And that will open up that conversation,” she said.

The City of Winnipeg has collected feedback on the potential renaming. A committee will review the feedback before making a recommendation to city council.