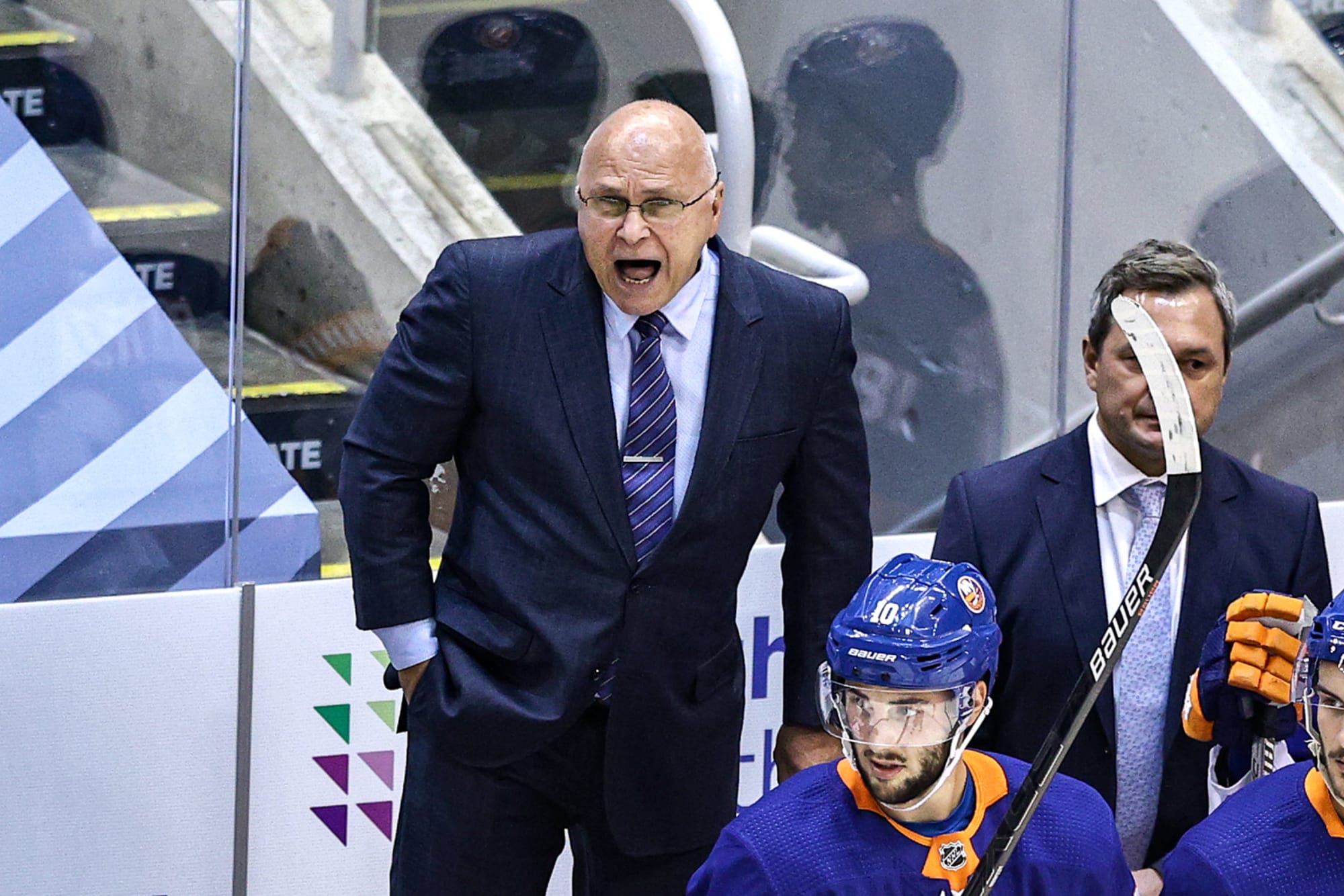 TORONTO, ONTARIO – AUGUST 29: Head coach Barry Trotz of the New York Islanders reacts against the Philadelphia Flyers during the third period in Game Three of the Eastern Conference Second Round during the 2020 NHL Stanley Cup Playoffs at Scotiabank Arena on August 29, 2020 in Toronto, Ontario. (Photo by Elsa/Getty Images)

On Tuesday, the Winnipeg Jets took their first steps in their pursuit of Barry Trotz to be their next head coach as they interviewed him.

As we stated many times on this site, there are many reasons why Trotz is a perfect fit to be the next bench boss of the Jets, but Trotz to the Jets is nowhere near written in stone. Trotz is one of the most successful coaches in NHL history and he will most likely be the most sought after coaching candidate this offseason.

I’m told the @NHLFlyers will be interviewing Barry Trotz for the head coaching position on Friday.

Updates to come if there are any. https://t.co/lDe5Cr6y2y

This news of the Flyers entering the race for Trotz should not come as a surprise to many. The Flyers had high expectations going into last season but they had an extremely poor season, finishing last in the Metropolitan Division with 61 points during the regular season.

Trotz is also very familiar with the Metropolitan as his last two coaching gigs were in that division with the Washington Capitals and New York Islanders. Trotz has found success in the division as he has only missed the playoffs once in his eight years in the Metro.

The Vegas Golden Knights and Detroit Red Wings are the two other franchises without a head coach and I would not be surprised if these teams join the Winnipeg Jets and Philadelphia Flyers and also interview Trotz.

Winnipeg Jets Fans: Which franchise do you predict is going to win the race for Barry Trotz? Leave your comments below!