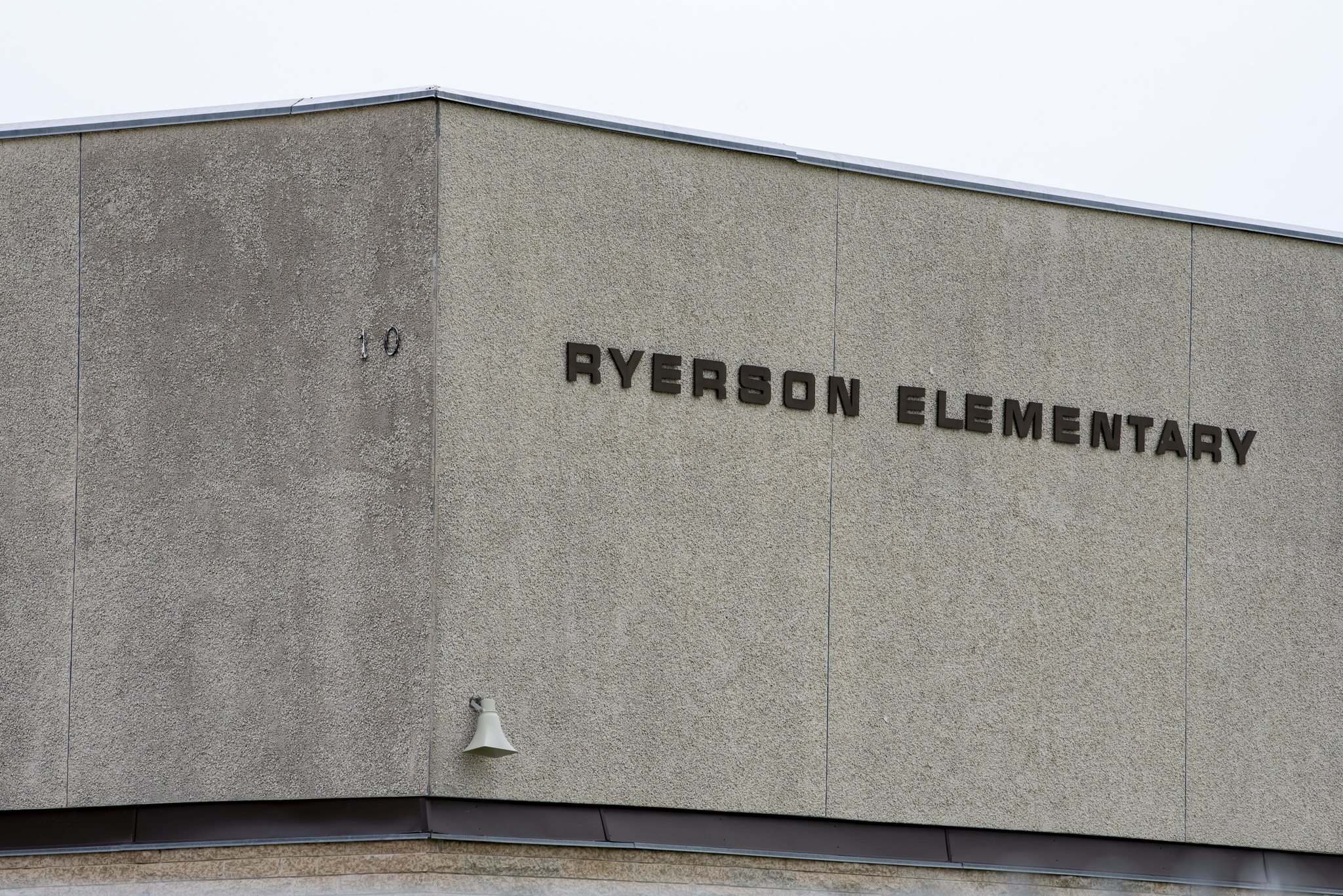 A naming committee has been tasked with reviewing Ryerson School amid growing concerns its title pays tribute to an architect of residential schools.

Late Thursday, trustees in the Pembina Trails School Division unanimously approved a motion to have a committee consider the name of the K-6 school at 10 Ryerson Ave., and report back on the matter “as soon as possible.”

“(The residential school system) was something that was certainly intended to eradicate Indigenous culture and, as a result of that, there was enormous suffering,” said David Johnson, who spoke about only recently learning about Ryerson’s resume during the evening board meeting.

The longtime trustee said he is in favour of changing the name “in the spirit of reconciliation.”

Community members started raising questions about the local school’s name after the recent discovery that 215 children were buried in unmarked graves near a residential school site in Kamloops.

While Ryerson School’s website has no details about its namesake, the Winnipeg Architecture Foundation’s directory says the school, which opened in 1972, was named after a leader who “worked towards his belief that education and faith were the primary forces of a positive evolution of society.”

Johnson said he believes the school was named after Ryerson by “happenstance” because of its location in Fort Richmond, where many streets are named after universities.

Schools in Pembina Trails must be named after the street on which a building faces, the historical or current name of the area it is located in, a name symbolic of its unique programming, or a historic figure renowned to the division’s community or whose contribution to society is “recognized and valued.”

Indigenous students, staff members and alumni at Ryerson University in Toronto have become increasingly vocal about their concerns with the school’s namesake in recent months. A statue of Ryerson on the downtown campus was toppled on Sunday.

Debate around names is nothing new — but recently, these debates have increasingly taken into account racism and gender representation, said Karen Pennesi, a linguistic anthropologist who studies personal names at Western University.

“(A name) is a symbolic link between whatever the object or person or thing is and the person for whom it’s meaningful,” Pennesi said, adding a school name is a window into local history and values at the time of its opening. “Over time, the object or the institution or whatever it is continues or persists, but the people change, so then this symbolic link might be broken.”

The associate professor of anthropology is a proponent of more frequent school name reviews — for example, to be done every generation — that are built into policy.

Educator Katya Adamov Ferguson has studied local school names at the University of Manitoba; in her 2017 thesis, she called on divisions to analyze naming policies from an equity standpoint and consider, among many things, where names are mounted on buildings.

“Engraving into the stone does not allow for flexibility,” Adamov Ferguson wrote.

“Ryerson Elementary” is hung in black block lettering on the concrete building in south Winnipeg. Whether or not the name comes down must, per division policy, involve community input and consultation.

Maggie Macintosh reports on education for the Winnipeg Free Press. Funding for the Free Press education reporter comes from the Government of Canada through the Local Journalism Initiative.