The Royal Manitoba Theatre Centre has been named the recipient of one of the most prestigious awards in Canadian architecture.

The Royal Architectural Institute of Canada (RAIC) and the National Trust for Canada have chosen the RMTC for the 2019 Prix du XXe siècle, an annual award that recognizes Canada’s landmark buildings of the 20th century.

The honour puts it in company with Canadian landmarks such as Toronto’s CN Tower, Habitat 67 in Montreal and the University of British Columbia’s Museum of Anthropology.

SUPPLIED
The Royal Architectural Institute of Canada (RAIC) and the National Trust for Canada have chosen the RMTC for the 2019 Prix du XXe siècle.

There are only a small number of winners to date, and RMTC is the only one from Manitoba. The RAIC is the governing body of architects in the country.

“It’s a really special honour for a building that isn’t really seen as an icon,” said Brent Bellamy, creative director and architect at Number Ten Architectural Group in Winnipeg.

“Most architects love it. Most people who aren’t architects don’t even give it a second thought.”

An example of the brutalist style of architecture that favours block-like construction and features bare building materials (the old Public Safety Building is another example), it is considered by many to be plain compared to other buildings in the surrounding Exchange District or downtown.

One trademark feature of the RMTC (174 Market Ave.) is the grain from the timber cribbing embedded in the concrete exterior by design.

Modernist architecture is generally thought of as steel and glass, Bellamy said, but the RMTC “was the opposite. It was heavy and strong.”

That helps it fit seamlessly in with the old warehouses in the Exchange District, said Susan Algie, executive director of the Winnipeg Architecture Foundation, who nominated the RMTC building.

“I think the award is wonderful because the building is so important architecturally and it’s also important historically,” she said.

RMTC is recognized as a national historic site, both for the company’s influence on the development of Canadian theatre and its architecture. It was the first regional theatre in Canada, founded in 1958 by John Hirsch and Tom Hendry.

The principal architect for the 785-seat theatre was Allan H. Waisman and the design architect was Robert Kirby, who worked closely with the artistic director of the theatre company, Eddie Gilbert. 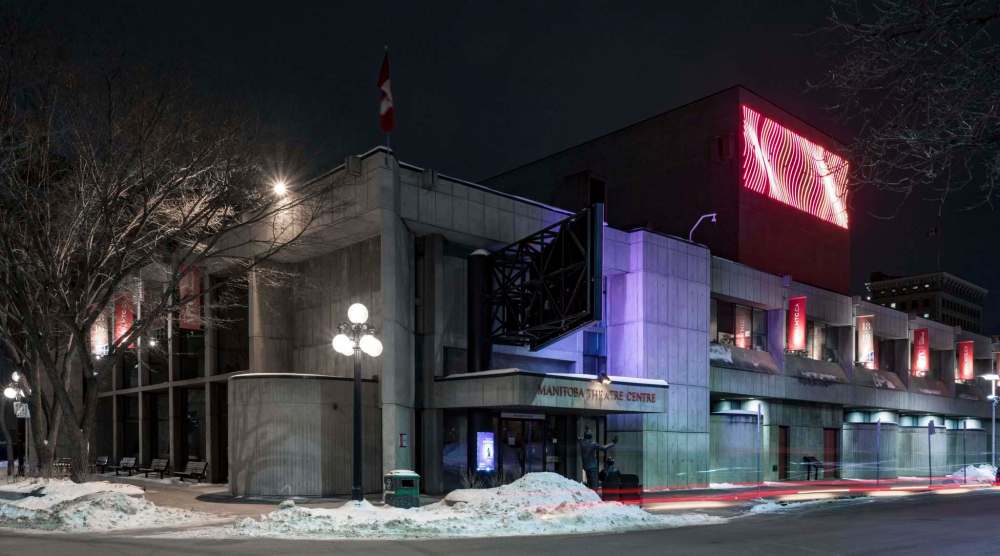 SUPPLIED
The Royal Architectural Institute of Canada and the National Trust for Canada have chosen the Royal Manitoba Theatre Centre for the 2019 Prix du XXe siècle.

“What’s really nice is it’s at that ground level — there are a lot of windows, so you can look in,” Algie said.

Steven Schipper, the RMTC artistic director who will retire at the end of May after three decades, said the inside of the building is special, too.

“The ingenious use of windows, which allow our audience and different departments to see into each other’s workspaces, infuses a spirit of co-operation into everything we do at our theatre.

“It’s a great honour for our theatre company,” he said of the RAIC award.

The RMTC was declared a national historic site in 2009. It was lauded for its “innovative use of space and light in the foyer, auditorium and backstage areas.”

Halloween occasions in Winnipeg: What the department stores are doing