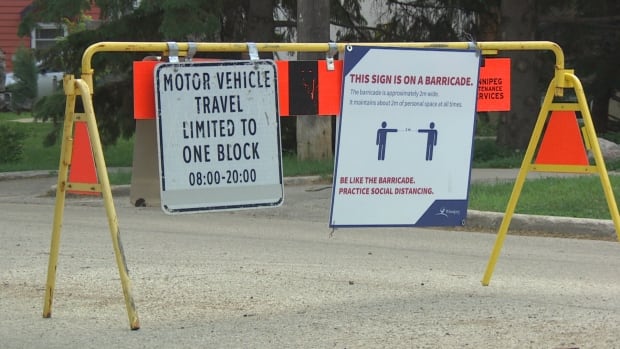 Winnipeg city council has approved a revised “open streets” bike route plan for this season, which will allow vehicle traffic on the 15 designated routes at a reduced speed limit.

Signage introducing the 30 km/h speed limit on the bike routes will be installed over the first three weeks of May, the city said in a Friday news release.

The adjusted speed limits will be in effect on the routes 24 hours a day, seven days a week from the time the signs are installed until Oct. 31.

The city started what it calls the “open streets” project in spring 2020, during the first months of the COVID-19 pandemic. It expanded on existing Sunday and holiday restrictions that limited motor vehicle traffic on a handful of streets during certain hours, in order to prioritize active transportation.

Under the program last year, vehicles were only allowed to travel for one block during designated hours on 17 different streets.

This season, the one-block limit for motor vehicles has been replaced by the speed limit reduction.

Some additional site-specific measures, like barricades, turn requirements and traffic restrictions, will be added after the city’s spring cleanup is complete, Friday’s news release said.

Those measures will be in effect daily in July and August, and on weekends only for May, June, September and October.

The following streets will be part of the 2022 open streets program:

Flyers get shut out by the Winnipeg Jets, 4-0, in second-to-last recreation of the season