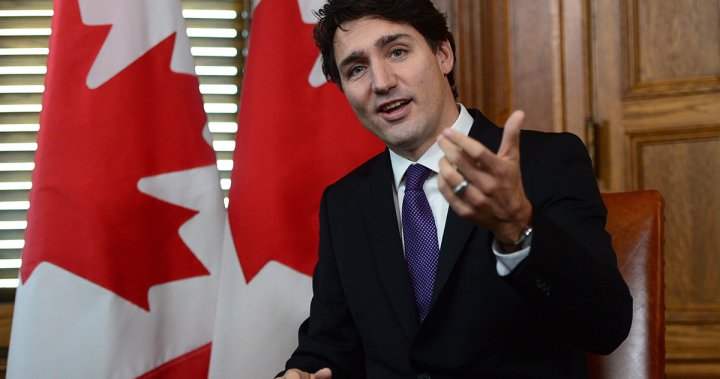 Justin Trudeau is optimistic about the ongoing NAFTA talks, but will walk away from them if push comes to shove.

The prime minister spoke with Geoff Currier on CJOB Wednesday morning, ahead of a visit to Winnipeg later in the day.

Currier asked Trudeau about sexual misconduct allegations swirling in parliament, and why four members of the caucus have been removed, while one has not. The prime minister wouldn’t say why exactly.

When asked about Bill C65 and the need for cleaning up parliament, Trudeau said the bill would help significantly in clarifying processes.

“But all the processes in the world won’t make all the difference. We need to make sure that there is a taking responsibility and a shifting in the actual culture of how people behave, how people exert their power.”

As for what is expected to be discussed at the town hall Wednesday evening at Investors Group Athletic Centre, Trudeau said he would be highlighting the economy and government tax cuts. The PM said despite having the lowest unemployment in 40 years, he knows there is more to be done and looks forward to hearing what matters most to the people of Winnipeg.

Currier said the public forum is where Trudeau really shines. “He works the room, he’s got that charisma going,” Currier said.

Regarding NAFTA and the TPP agreements, Trudeau told Currier the paperwork on the latest round of talks “is being translated right now.”

Trudeau said he remains optimistic, but there are some deal breakers and he is prepared to walk away if the United States refuses to flex on key provisions. Trudeau says a robust dispute resolution mechanism is essential and they will not get into a deal that is unfair to Canadian companies vs. American companies.

He added that his optimism about the talks stems from the fact that NAFTA has been very good for the United States and it would be harmful to their workers and economy if the president chose to terminate it.

“It isn’t in [Trump’s] best interest to just walk away,” Trudeau said.

The complete interview aired on 680 CJOB after the 10 a.m. news.

The town hall is at 7 p.m. Wednesday.