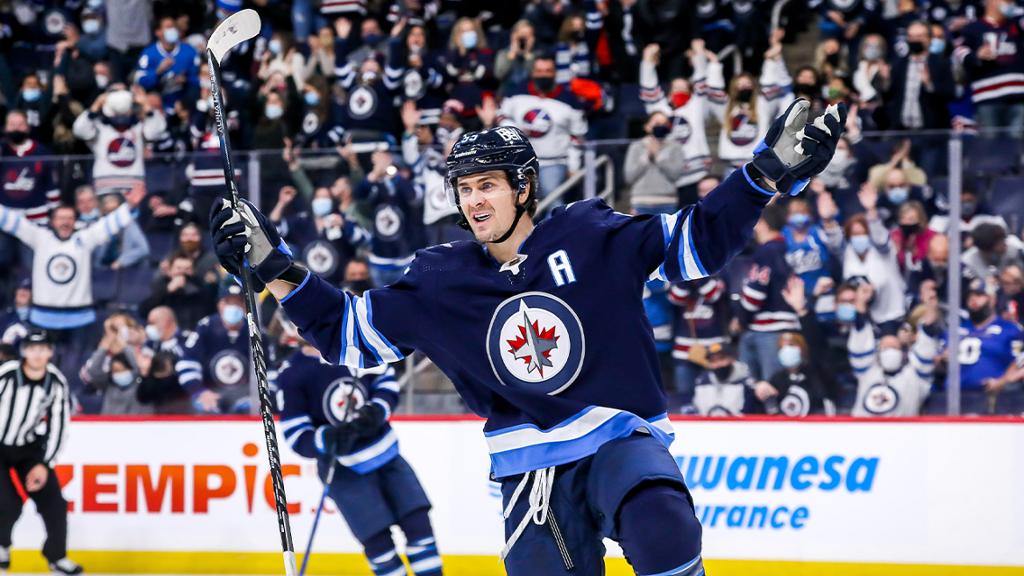 WINNIPEG — Mark Scheifele scored a hat trick with an assist for the Winnipeg Jets in an 8-4 win against the New Jersey Devils at Canada Life Centre on Friday.

“You just get to the mindset that you’re just going to get to the net, you’re going to do the dirty things, and when you get in a position like that, you just let instincts take over,” Scheifele said after ending his seven-game goal drought. “That’s the fun part of hockey, when you get a little bit of time and space and you get to make a play.”

Winnipeg scored the first three goals and the last five goals. Nikolaj Ehlers scored twice, and Connor Hellebuyck made 33 saves for the Jets (11-8-4), who scored one or no goals in five of their previous seven games.

“You want to help the team any way you can, and a lot of the guys were able to get a point on a goal,” Ehlers said. “Scoring points is fun, there’s no secret to that. But I think overall we played a game that gave us a chance to win, and we deserve it.”

Jack Hughes scored for the Devils (9-9-4), who have allowed 18 goals losing three straight. Jonathan bernier made 26 saves and allowed six goals before being replaced for the third period by Mackenzie Blackwood, who made six saves.

“There’s no way in this league you’re going to win hockey games when you get scored on that many times,” New Jersey captain Nico Hischier said. “That’s what happened today. So we’ve definitely got to clean up.”

“We had some great looks this time on the power play and we finally got a goal,” Hischier said. “That should give us confidence. We’ve just got to bring it to the next game now. Obviously it feels good to get the PP going. It’s been about time.”

Hischier tied it 3-3 37 seconds into the second period, and Ryan Graves gave the Devils a 4-3 lead at 1:16. Graves’ point shot deflected off the helmet of Jets defenseman Josh Morrissey.

“I thought we were flat there for probably six or seven minutes after that,” Winnipeg coach Paul Maurice said. “But there wasn’t a sense that this had gotten away. That’s a really good offensive team. They’ve scored more goals than we had coming into this game (60-59).”

“I liked our third (period) best, even though we didn’t generate as much,” Maurice said. “But most of the problems we had in the first two periods are what we gave up.”

“It’s always frustrating to work that hard and not be able to complete the deal,” Devils coach Lindy Ruff said. “And we’ve been able to do that on occasion this year where we come back hard. You look at that game and you probably look at some of the opportunities that we missed … there were all types of opportunity to keep coming back, but we didn’t complete the deal.”

NOTES: Scheifele last scored Nov. 16 in a 5-2 win against the Edmonton Oilers. … Winnipeg’s eight goals tied the Columbus Blue Jackets (8-2 against the Arizona Coyotes on Oct. 14) and the Toronto Maple Leafs (8-3 against the Colorado Avalanche on Dec. 1). … The Devils last scored on the power play Nov. 14 in a 4-3 shootout loss at the New York Rangers. … The Devils allowed eight goals for the first time since March 12, 2019 (a 9-4 loss at the Calgary Flames). … It is the 13th time Bernier has allowed at least six goals in an NHL game.