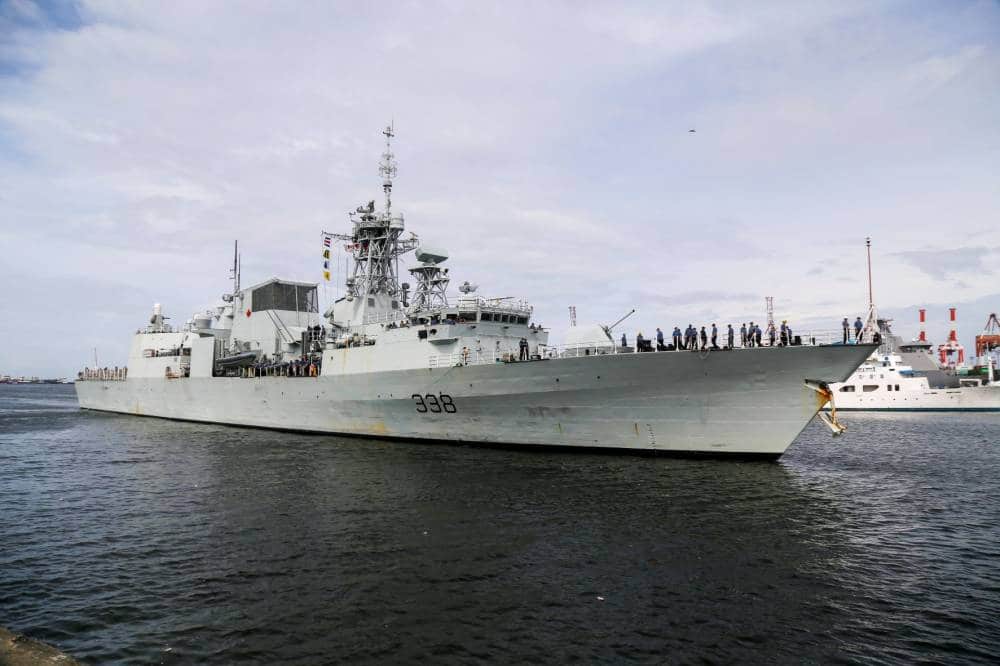 The Royal Canadian Navy’s Winnipeg has returned to the Philippines for a goodwill visit until tomorrow, Oct. 13.

Her Majesty’s Canadian Ship (HMCS) Winnipeg arrived Monday, Oct. 11 and is docked at the Port of Manila. Winnipeg last visited the country in 2017.

It also reflects Canada’s commitment to its vibrant partnerships in the Association of Southeast Asian Nations (ASEAN) and the broader Indo-Pacific region.

“I am pleased to welcome HMCS Winnipeg, its officers and crew to Manila. As a maritime nation, the Philippines has always been a very good host to our fleet and I know this visit will further strengthen a relationship that bridges the Pacific Ocean,” MacArthur said.

“Operations conducted by the HMCS Winnipeg together with our allies and partners in the region, demonstrate Canada’s ongoing commitment to supporting a free and open Indo-Pacific,” the Canadian envoy added.

HMCS Winnipeg is deployed to the Indo-Pacific region from August to December 2021 to conduct forward naval presence operations in the region, cooperative deployments, and participate in international naval exercises with allied and partner nations.

Ultimate day of royal tour: 4 Ps for Charles and Camilla in…

The @RoyalCanNavy is on a goodwill visit to the further demonstrating the friendly relations between the two countries.

The visit also reflects Canada’s commitment to its vibrant partnerships in ASEAN and the broader Indo-Pacific region.(1/3) pic.twitter.com/x29oIKnf37

Manila is the fourth of seven port visits the ship will make during this deployment.

“The deployment of HMCS Winnipeg in the Indo-Pacific region is aimed at working with partner nations to enhance military cooperation,” MacArthur explained. “As a Pacific nation, Canada’s deployment of Winnipeg to this region is part of our contribution to making the world more secure and stable.”

Commander Doug Layton is the commanding officer of the HMCS Winnipeg.

During its deployment the Winnipeg will also support Operation NEON, Canada’s contribution to the implementation of United Nations Security Council Resolutions 2375 and 2397 on North Korea.

The HMCS Winnipeg has 262 highly-trained and professional sailors, including 11 of Filipino descent. The Winnipeg is the sixth of twelve Halifax-class frigates of the Royal Canadian Navy.

Halifax-class frigates carry extensive anti-submarine warfare and anti-surface warfare weapons and sensors to complement their substantial anti-air warfare defenses. The combination of these weapon and sensor systems, coupled with state-of-the-art damage control and machinery control systems, make these frigates one of the most advanced warship designs in the world. HMCS Winnipeg is deployed with an embarked helicopter air detachment operating a CH-148 Cyclone helicopter.

Winnipeg will make seven port visits in four different countries including Japan, South Korea, the Philippines and the United States.

It is the Schmidty and Wheeler Present, the Jets’ yin and yang