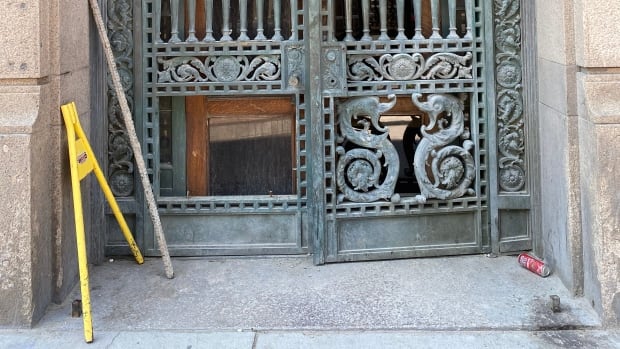 The owner of a historic downtown Winnipeg building is frustrated after rare, century-old brass fixtures were stolen and others damaged from the front door of the space this week.

The president of Leon A Brown Ltd., which has owned the Royal Bank of Canada building at 460 Main St. since the early 1970s, reported the theft on Tuesday.

“I was devastated,” said Bob Brown. “At the time you’re so angry and hurt, you’re saying all sorts of things.”

Winnipeg police confirmed they received a report of the theft. Officers subsequently recovered some of the stolen pieces while others are still missing, a spokesperson said.

The 45-centimetre-tall plates previously hung within two three-metre-high gates to the building and include serpentine designs as well as a vertical spindle, said Brown. One of the serpentine elements has been recovered but is badly damaged.

Brown said the company called up local scrap yards after the theft and later received a call back from one. The staff member there said a person was there trying to sell plates that matched the description, but the person changed their mind and took off, Brown said.

The gates are part of the original Royal Bank of Canada headquarters in Winnipeg at 460 Main St.

The original structure was built in 1900, according to the Manitoba Historical Society website.

The bank purchased the building for $200,000 and by 1909 had the space remodeled by architect J.H.G. Russell, who retained the existing concrete, stone foundation and brick shell and added a fourth floor, the MHS says. The building was later designated a municipal historical site.

Identical gates were made for the bank’s building in Toronto that was constructed around the same time, said Brown.

He said that building was later demolished but the gates were saved and removed to a small park in Toronto. Brown said Heritage Winnipeg is going to help them find a specialized foundry worker who can hopefully help restore the damaged plates, or possibly take moulds of the ones in Toronto to create replicas if the remaining pieces don’t surface. 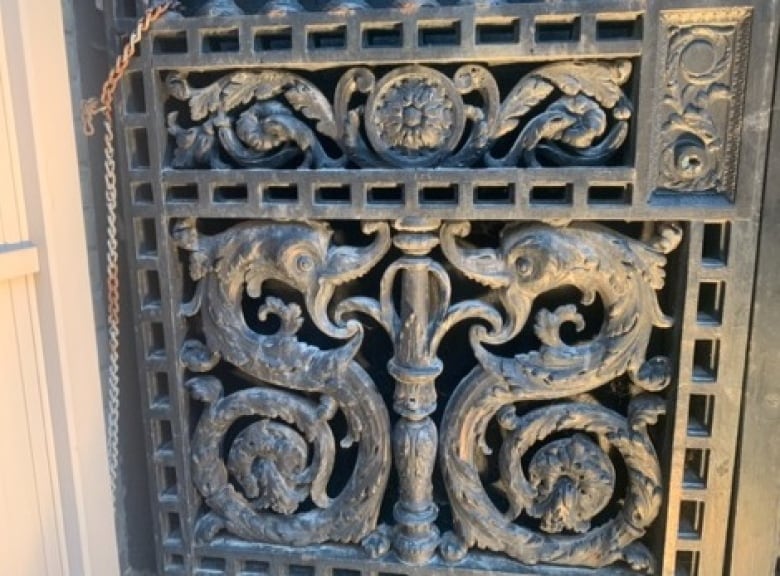 The stolen brass decorative plate includes two serpentine figures and a spindle in the centre. (Submitted by Leon A Brown Ltd.)

Leon A. Brown Ltd. turns 100 years old in a few years. Brown said he hopes the gates can be restored before then.

“We’re in property management and so I’m dealing with vandalism all the time, and it’s just the fact of life in downtown Winnipeg. There’s always been vandalism, but it’s gotten worse and I don’t take it personally anymore,” he said.

“In a way where we’re looking at this as an opportunity to enhance the downtown by restoring these doors, if we’re able to.” 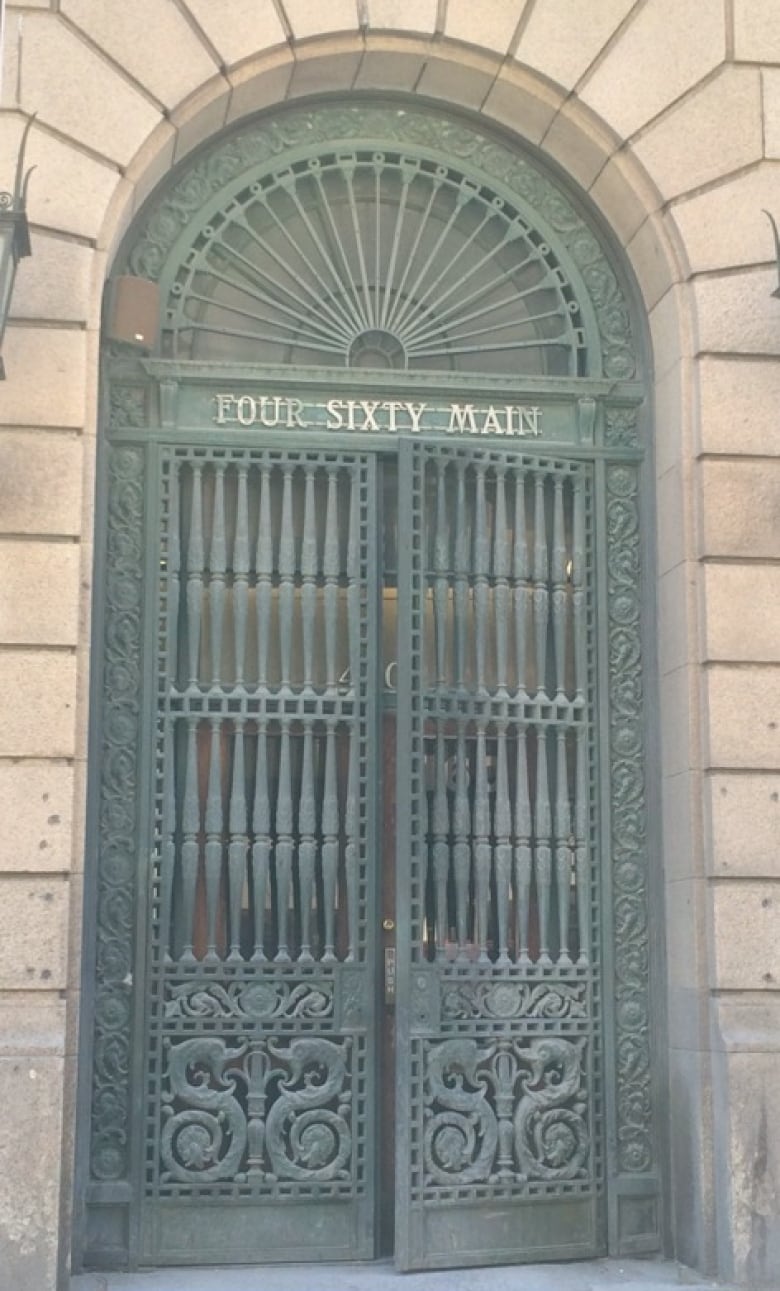 The main entrance to the building, including the serpentine design plates before they were stolen. (Submitted by Leon A Brown Ltd.)