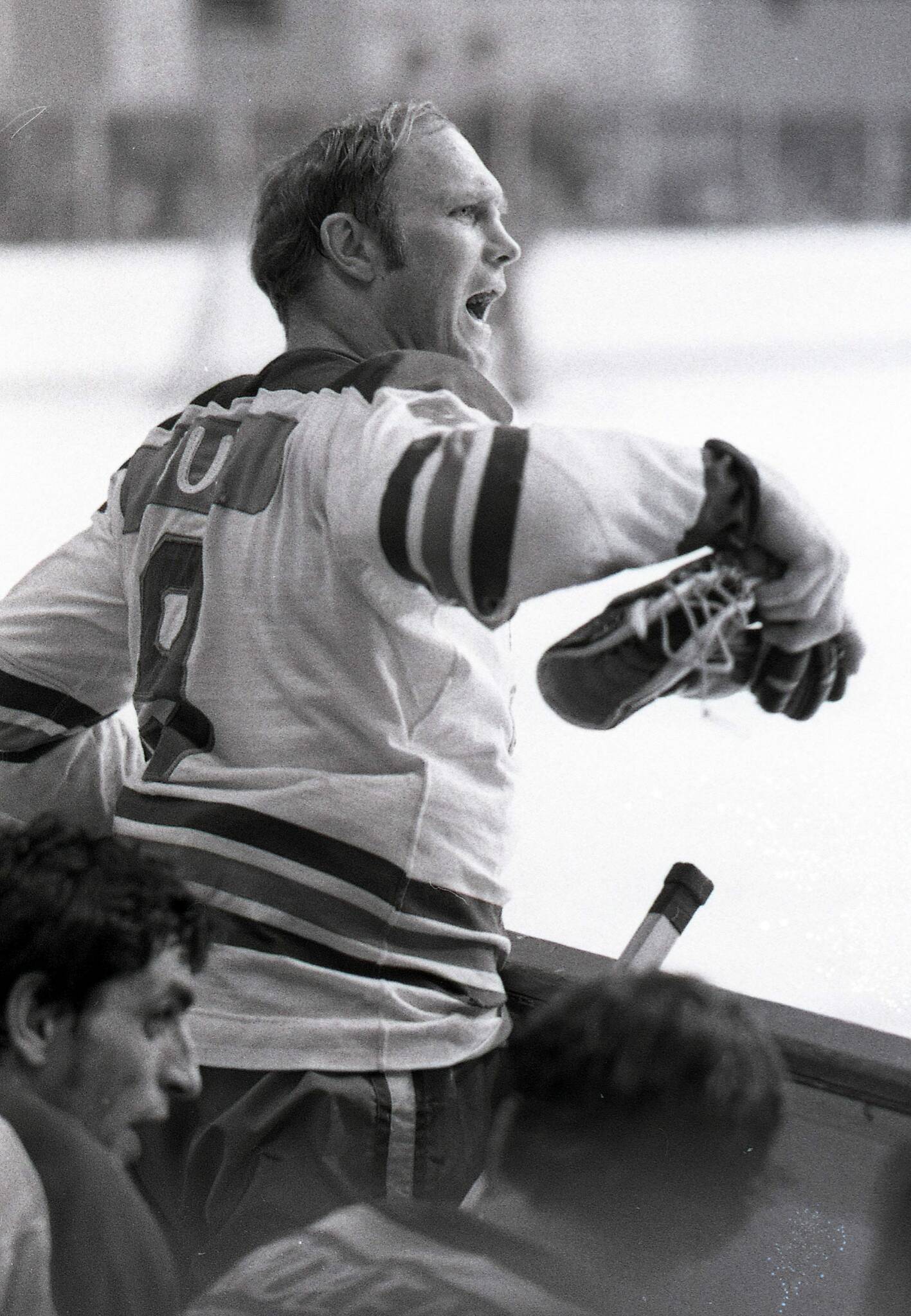 Sunday, Oct. 15, 1972, is one of the most important dates in Manitoba hockey history. That’s the day the Winnipeg Jets played their first home game in the World Hockey Association at the Winnipeg Arena and top-level professional hockey came to our city.

Three days earlier, the Jets had opened the WHA’s first season in New York City with a 6-4 victory over the Raiders. The home opener meant 8,000-plus fans would get their first look at the team. Much to their dismay, the Alberta Oilers (as they were initially known) knocked off the Jets 5-2. Roger Cote and Val Fonteyne scored for the Oilers in the first period. Early in the second, Danny Johnson got Winnipeg its first goal at home with help from Duke Asmundson and Larry Hornung. Ron Walters put the Oilers up two again before the period ended,

In the third, Bill Hicke and Ed Joyal beat Jets goalie Ernie Wakely, while Chris Bordeleau, with an assist from Norm Beaudin, answered for the Jets. Oilers goalie Ken Brown was named the game’s first star.

Bobby Hull, pictured here during the Jets’ first WHA season, was ineligible to play for the first month of the schedule while the league challenged the NHL’s reserve clause.

Bobby Hull, who Jets owner Ben Hatskin had signed to a massive contract, was ineligible to play, but was behind the bench as coach along with Nick Mickoski, a former NHLer from Winnipeg. On Nov. 8, the NHL’s reserve clause was declared illegal, which cleared Hull and other free agents to play in the WHA.

From Oct. 6-10, a 50th anniversary WHA reunion will take place in Whistler, B.C. Hull will be there along with Beaudin, his linemate in the first season. Jets Anders Hedberg, Ulf Nilsson, Kim Clackson, Bill Lesuk, Morris Lukowich and Kent Nilsson have confirmed their attendance. Earl Grey product Alton (Junior) White will be honoured as the first Black player in the WHA. Winnipeg fans will remember attendees Dave Hanson of Slapshot fame and Frank (Seldom) Beaton, who were teammates on the notorious Birmingham Bulls in 1977-78. Hanson recorded 241 penalty minutes that season, while Beaton amassed 279.

The Avco Cup, which the Jets won three times, will be on display, on loan from the Manitoba Sports Hall of Fame, where it is part of the permanent collection. Hall of Fame manager Rick Brownlee says he’ll be donning white gloves and keeping a watchful eye on the Cup while it’s in Whistler.

The 1972-73 roster had a distinct Manitoba connection. Wakely grew up in Flin Flon before coming to Winnipeg to backstop the Winnipeg Braves of the Manitoba Junior Hockey League to the 1959 Canadian championship. His partner in goal, Joe Daley, played minor hockey at Bronx Park Community Club before departing to Weyburn to play for the Red Wings of the Saskatchewan Junior Hockey League. Gord Tumilson, who played junior for the West Kildonan North Stars, was third goalie.

On defense, assistant captain Bob Woytowich had won a provincial midget championship with East End C.C. Barons before his junior career with the Winnipeg Rangers. Bob Ash played junior for his hometown Brandon Wheat Kings. Saskatchewan product Hornung played a season in Manitoba with the Flin Flon Bombers of the SJHL.

Up front, captain Ab McDonald played minor hockey at Weston before joining the St. Boniface Canadiens of the MJHL. His Canadiens teammate Bill Sutherland played minor for the Carruthers Habs in the North End. Johnson, who was born in Winnipegosis, played for Flin Flon and then in the MJHL with the Fort Frances Royals and the Wheat Kings. Cal Swenson, who was born in Watson, Sask., came east to play for the Wheat Kings and then journeyed north to Flin Flon to play for the Bombers. 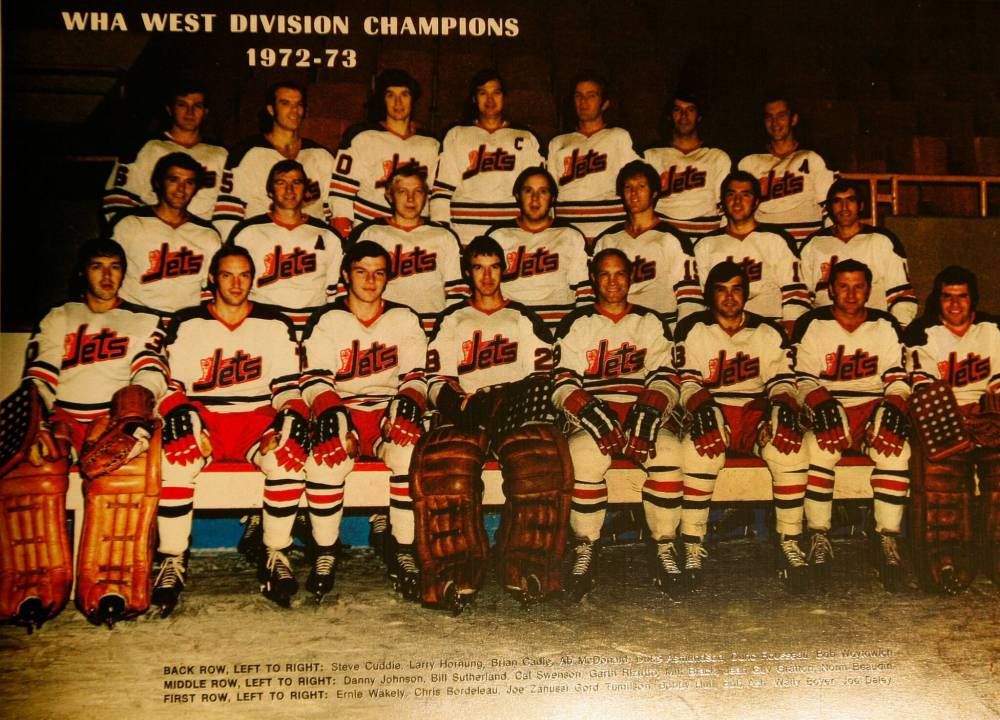 The Winnipeg Jets were the champions of the World Hockey Association’s West division in the league’s inaugural 1972-73 season.

Centre Wally Boyer was born in Cowan, Man., but played junior for the Toronto Marlboros.

Memories of Sport appears every second week in the Canstar Community News weeklies. Kent Morgan can be contacted at 204-489-6641 or email: [email protected]