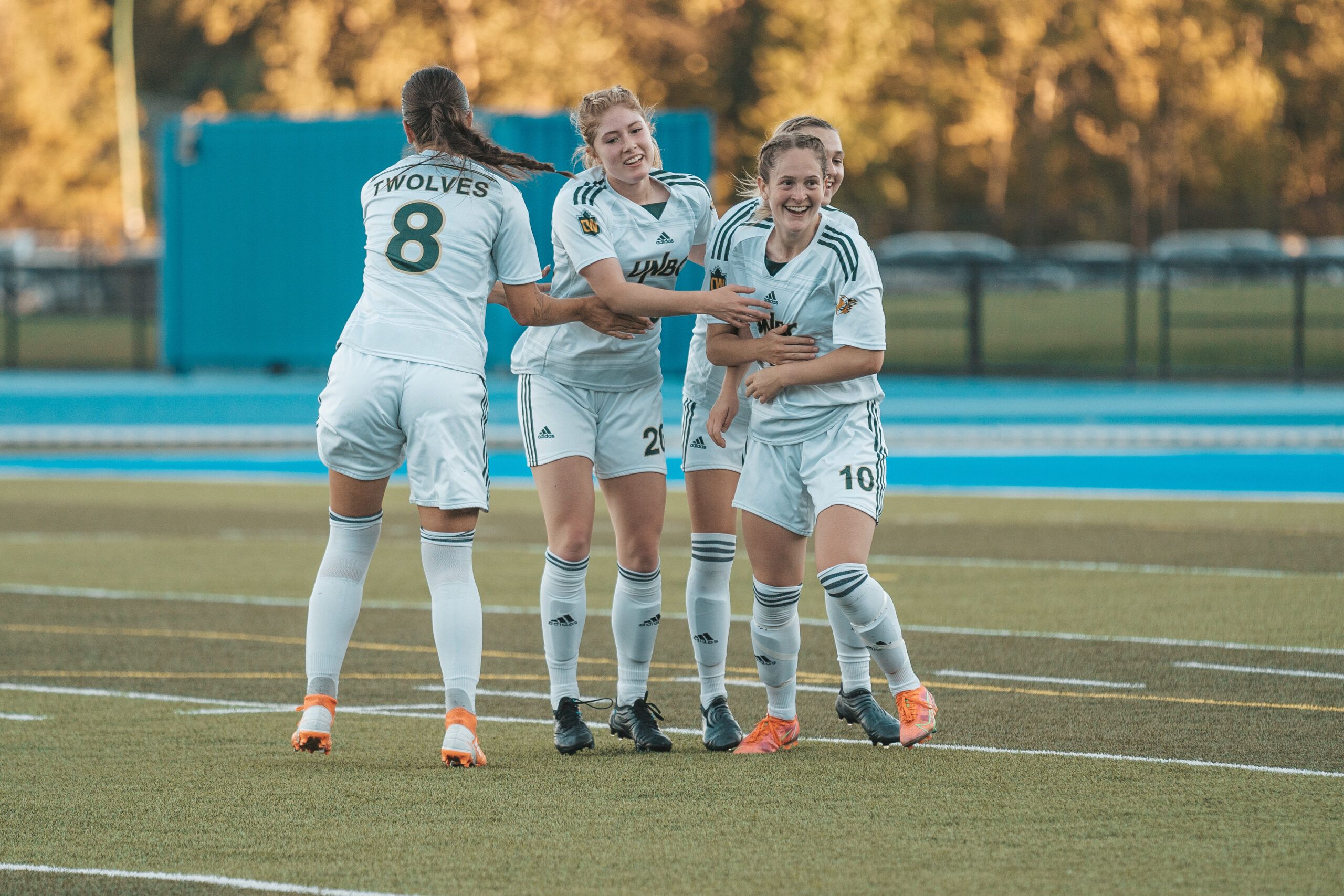 Paige Payne continued to cement her status as one of the best women’s soccer players to dawn a UNBC Timberwolves jersey.

On Friday night, the fifth-year player out of Kitimat scored twice pacing the Timberwolves to a 3-1 victory over the Winnipeg Wesman at Masich Place Stadium.

After a slow start to the game, Payne was tackled down inside the Winnipeg box in the 32nd minute drawing a penalty kick in the process.

Payne would make no mistake blasting the ball into the top-left corner past Wesmen goalkeeper Madison Priebe for a 1-0 lead.

[email protected] with the PK to make it 1-0 @UNBCWSoccer! That goal gives her the most in program history, breaking @sidney_roy’s program record! pic.twitter.com/n4x5214ICD

In the dying seconds of the half, Payne accepted a pass from Celeste Kirkness and hammered the ball that went off the crossbar and down, extending the UNBC advantage to 2-nil at halftime.

“Our team definitely had a lot of momentum after the win we had last week. We saw the things we really needed to work on and we used that momentum to result in another win,” said Payne.

Undeterred, Winnipeg came out flying early in the second half earning a number of corner kicks and prime scoring chances from players like Jazmyn Castro and Madison Furber but were turned aside by UNBC goalkeeper Brityn Hinsche.

Furber finally cracked the goose egg after taking advantage of some miscommunication deep in the T-Wolves zone making it a 2-1 game.

However, UNBC showed some much-needed composure as a well played ball by defender Kalista Kirkness bounced off the chest of Priebe and found its way to the cleats of Sidney Elliott who put it into the yawning cage – her first ever in the Canada West.

UNBC improves to 2-1 on the season while Winnipeg drops to 0-2.

“It was pretty awesome to have that name Sid Roy. She has always been a leader in the Timberwolves society and I think just beating the record and setting a higher standard for everyone.”

The Timberwolves are back in action on Sunday at noon when they take on the Manitoba Bisons.

The Bisons fell 4-2 to the Calgary Dinos on Friday.

In men’s action, the Timberwolves dropped a 2-1 decision to the Thompson Rivers Wolfpack in Kamloops.

After a scoreless first half Ryan Lewis broke the deadlock in the 64th minute to give the Wolfpack a 1-0 lead.

GOALLL!!!!
After TRU went up 2-0, @UNBCMSoccer comes back the next minute and Kensho Ando feeds a gorgeous pass to Loic Benquet to get the TWolves on the board!! pic.twitter.com/nSZeFrhjRa

Fourteen minutes later, Patrick Izett notched his third of the season to double the advantage.

Loic Benquet rippled the onion bag for UNBC, drawing the deficit to 2-1. The Timberwolves drop to 2-2-1 while the Wolfpack are 4-1-0.

Both teams play again tomorrow at 7:30 from Hillside Stadium.