A Winnipeg widow is demanding justice after her husband was killed at a Mexican resort during the couple’s honeymoon.

Jesse Ropos, 36, died early Friday morning in a lobby at the Catalonia Yucatan Beach hotel in Puerto Aventuras, a gated community about 75 kilometres southwest of Cancun on Mexico’s Caribbean coast.

His wife Stacey said two resort employees restrained Jesse and put him in a choke hold after a fight.

Jesse Ropos, 36, died early Friday morning in a lobby at the Catalonia Yucatan Beach hotel in Puerto Aventuras, Mexico. His wife Stacey said he was killed by excessive force hours before they were supposed to fly home.

“I want justice. Not even jail is good enough for what they took away from our family and friends,” she told the Free Press via Facebook Messenger while she prepared to board a flight to Winnipeg on Tuesday.

Prosecutors have opened a homicide investigation against two men, 34 and 36, who were arrested after the tourist was restrained and died, according to an incident report prepared by a division of the Quintana Roo state attorney general’s office.

For the Roposes, the vacation on the Yucatan Peninsula was a delayed honeymoon. They got married shortly after the birth of the youngest of their three children eight years ago.

The children did not join their parents on the trip. 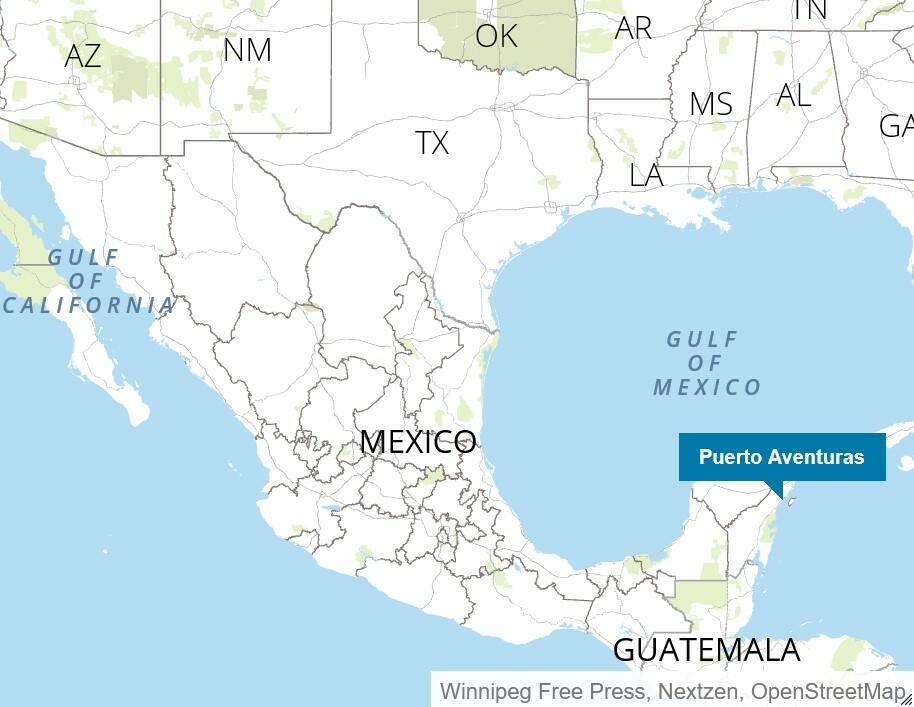 She last saw him at a disco at the hotel around 11:45 p.m. Thursday, when she went back to their room to rest up for a flight the next morning.

About three hours later, Stacey was awakened when staff knocked on the door and asked her to come to the lobby, where she saw police tape.

“As I saw that, I was then stopped by a woman who said, ‘I’m sorry, but I need to tell you that your husband has died,’” she said.

She was told her husband was kicked out of the bar after trying to fight a guest, but he was allowed to return after being calmed down by a friend. 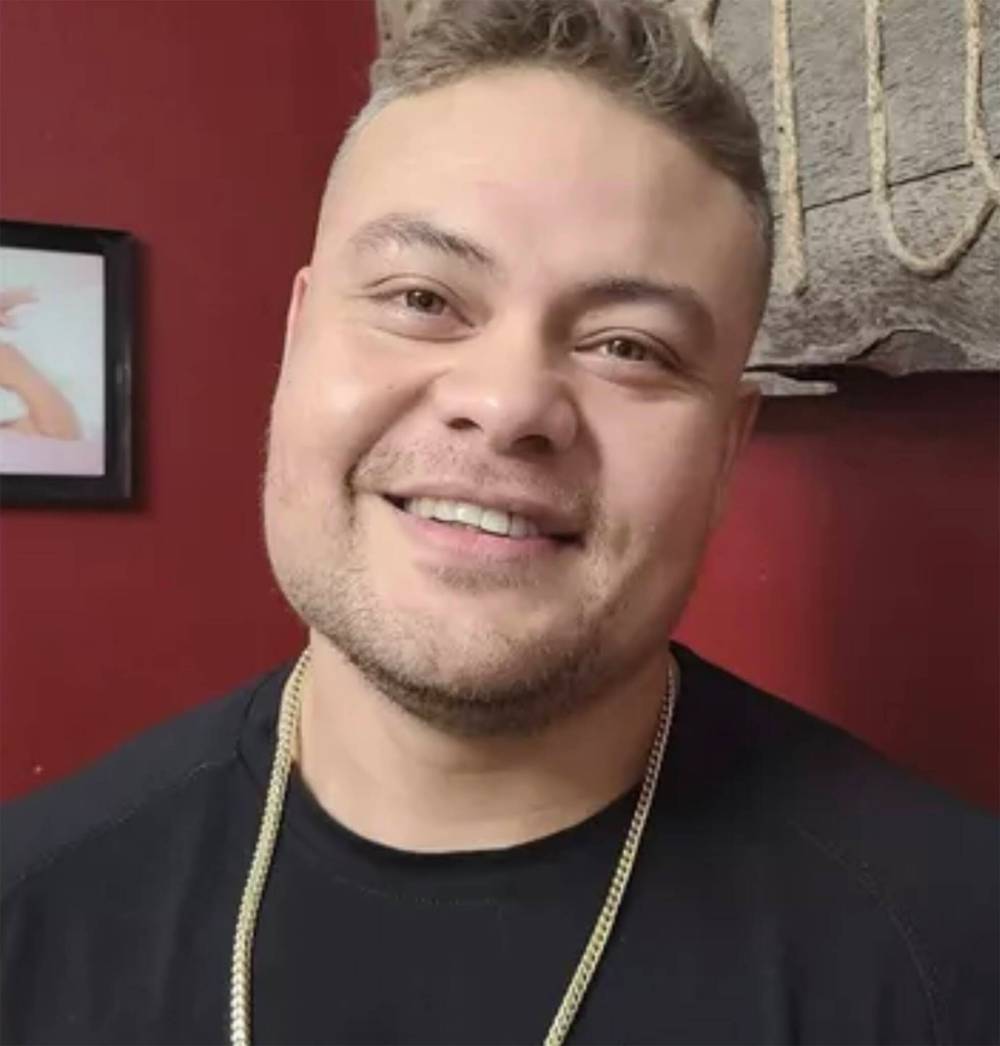 The homicide prosecutors’s report, which was given to Stacey, stated the incident happened around 1 a.m. Jesse was pronounced dead at the scene.

“Jesse started going again, so they took him outside. The security guard held him down on his knees, with (Jesse’s) hands behind his back, while the second — a bar supervisor — put him in a choke hold,” Stacey said. “He went limp and they let him go. That’s when he was dead.”

She was informed the cause of death was asphyxiation.

“The one strangled him so hard that they fractured his trachea,” said Stacey. “I get it that they needed to remove the situation, but to use such excessive force was completely unnecessary.

“At the beginning the security guard was restraining him, then the second guy ran up and put him into a choke hold for no reason.”

The homicide prosecutors’s report, which was given to her, stated the incident happened around 1 a.m. Jesse was pronounced dead at the scene.

“I want justice. Not even jail is good enough for what they took away from our family and friends.”–Stacey Ropos

His wife said he loved spending time with family, and his hobbies included ice fishing, cars and working out at the gym.

“He was an incredibly boisterous, friendly and outgoing guy,” she said. “Had a smile that would just make you want to smile. He tried to always stay on the positive side of things.”

After his death, she stayed in Mexico for five days to arrange the repatriation of his body and attend the suspects’ court appearance Sunday.

She was alone for the first 24 hours until a friend flew south to join her.

Prosecutors have been given six more days to compile evidence against the suspects, Stacey said. 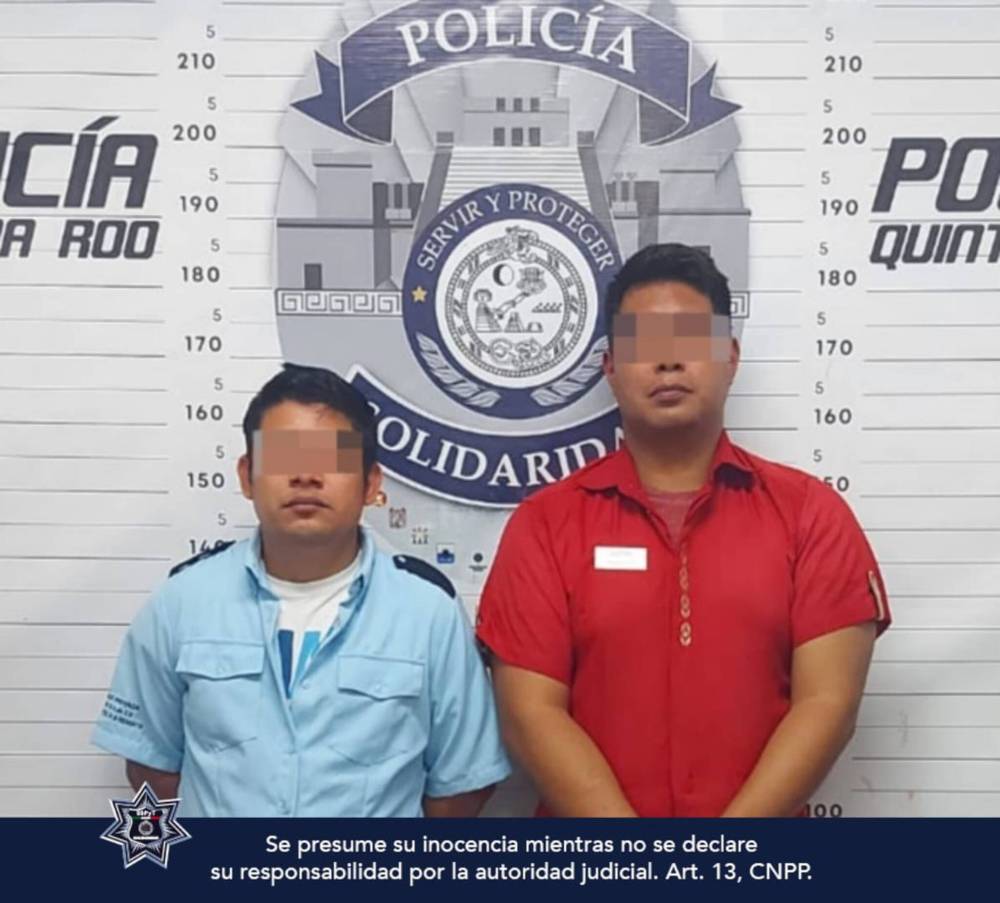 Prosecutors have opened a homicide investigation against two men, 34 and 36, who were arrested after Ropos was restrained and died.

It is going to cost about $15,000 to bring her husband’s body back to Winnipeg, according to an online fundraising page set up by a friend to help cover expenses.

About half of the bill will be covered by insurance.

“Canadians should, hopefully, try and be more mindful and get double, if not triple insurance because I learned the hard way,” said Stacey, who is also facing the cost of a funeral. “I would like to thank each and everyone for helping me during these tough and trying times.”

She is pursuing a civil case against the owner of the 628-room resort complex, which comprises the five-star, all-inclusive Catalonia Yucatan Beach and Catalonia Riviera Maya hotels.

“I hope that they take better measures on protecting the guests, with an escalated situation or not,” she said. “It’s super important to me that people know what happened to (Jesse), and that even though it’s a resort, it doesn’t mean that you’re truly safe.”

“Canadians should, hopefully, try and be more mindful and get double, if not triple insurance because I learned the hard way.”–Stacey Ropos

Barcelona-based Catalonia Hotels & Resorts, which owns the property, did not respond to a request for comment.

Consular officials in Mexico are in contact with local authorities and providing assistance to Jesse’s family, according to Global Affairs Canada.

On its website, the federal department advises Canadians to exercise a high degree of caution when they visit Mexico, and to stay in hotels and resorts which have good security.

— with files from Kevin Rollason

As a general assignment reporter, Chris covers a little bit of everything for the Free Press.

Portage and Essential: Open the gates to Winnipeg pedestrians

Jets placed on ugly efficiency in loss to Habs