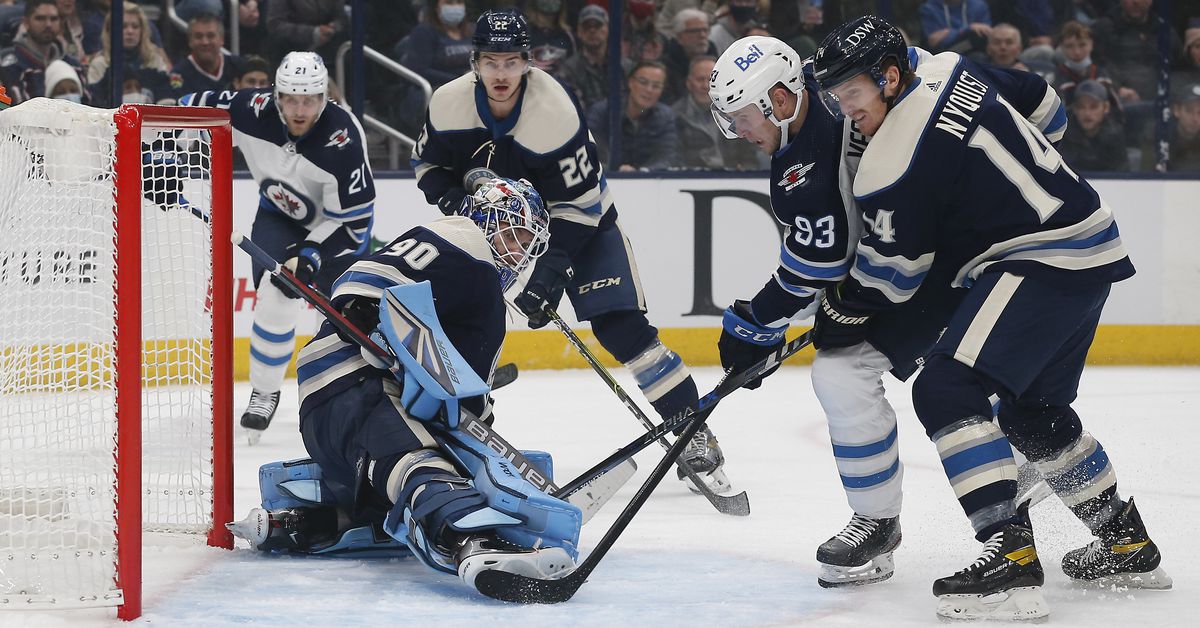 The Colorado Avalanche are creeping up in the standings while the Winnipeg Jets take a nose dive out of the third spot. Plus, even professional hockey teams get caught in holiday traffic.

Here’s how the Central Division shook out this week.

The Coyotes did something this past week they haven’t done all season: they won two games in a row!

The Desert Dogs beat the Detroit Red Wings 2-1 in overtime on Saturday and followed it up with a 2-1 overtime win over the Los Angeles Kings on Sunday. Clayton Keller played hero on Saturday night and then assisted on Kyle Capobianco’s winner on Sunday. Keller now has 13 points this season, two behind the team leader, Shayne Gostisbehere.

The streak ended on Wednesday when they ran into Connor McDavid, Leon Draisaitl and the Edmonton Oilers. The Coyotes lost 5-3, but snagging four of a possible six points is pretty darn impressive for the Coyotes.

Tacking on to those wins won’t be easy for the Coyotes because the injuries are piling up. Andrew Ladd and Johan Larsson are still on COVID-19 Protocol, while Jay Beagle added himself to the day-to-day injury list with a lower-body injury.

The Blackhawks went on a bit of a streak after firing Head Coach Jeremy Colliton at the beginning of the month, but now they’re coming back to Earth. While Chicago may look better, they still can’t hang with the big boys.

The Blackhawks lost to the Edmonton Oilers on Saturday and the Calgary Flames on Tuesday by identical 5-2 scores. The losses bookended a solid 1-0 shutout win over flailing Vancouver Canucks. Marc-Andre Fleury made 40 saves to take the win.

With just five goals in the past week, Chicago is still struggling to find “run” support for Fleury. The team averages 2.2 goals per game and ranks 29th in the league in that department.

Most of those goals have come from Alex DeBrincat. The young forward has 11 goals on the season. While his offensive prowess may be his ticket to the U.S. Olympic team, Chicago is going to need more than that if it wants to win.

After a slow start to the season, the Avs are pouring it on. They beat the Ottawa Senators 7-5 on Monday and followed it up with a 5-2 win over the Anaheim Ducks on Wednesday.

These latest wins have pushed Colorado’s win streak to six in a row. The Avalanche are 8-1-1 in their last 10 and sitting in fourth place in the Central Division. Amazingly, they’ve done this without star forward Nathan MacKinnon, who hasn’t played for the last three weeks because of a lower-body injury. MacKinnon is skating and should be back with the team soon.

In his absence, Nazem Kadri has caught fire. He currently has a 10-game points streak, during which Kadri has scored 6 goals and 15 assists. He leads the team with 25 points overall.

A good week has the Dallas Stars back over .500. The Stars beat the St. Louis Blues on Saturday and the Edmonton Oilers on Tuesday by matching 4-1 scores.

Roope Hintz is tearing it up for Dallas. He scored his sixth goal in six games against the Oilers. Hintz leads the team in goals, while Miro Heiskanen leads the Stars in scoring with 14 points.

In other news of note, the Stars just sent rookie Riley Tufte back down to the minors. The move comes just days after Tufte was embarrassed by head coach Rick Bowness by being healthy-scratched just hours before his first professional game in his home state of Minnesota.

Despite only claiming three of a possible six points this week, the Wild still hold the first spot in the Central Division. They’re three points up on the next closest team, the St. Louis Blues.

Minnesota lost 5-4 to the Florida Panthers on Saturday, followed by a 5-4 overtime loss to the Tampa Bay Lightning on Sunday. Things turned around on Wednesday, when they topped the New Jersey Devils 3-2 in overtime.

The game against the Devils got off to a late start thanks to the holiday traffic out of Manhattan. It turns out the Wild didn’t allow enough time to get to New Jersey for the game and got stuck in traffic like the rest of us mere mortals, leading to tweets like this:

After a 24-minute delay, the game finally got underway.

Kirill Kaprizov now leads the team in scoring with 18 points. He has 7 points, including 5 goals in the last four games.

The Predators continue to be just average in the Central Division. The Preds lost to the Montreal Canadiens 6-3 on Saturday and then beat the Anaheim Ducks 3-2 in overtime on Monday. But a visit from the Vegas Golden Knights on Wednesday prevented the Predators from gaining any traction. They lost 5-2.

The good news for the Predators is Filip Forsberg is back. The return of the top-six forward is good news for a team that currently ranks 21st in the league in goals for per game. On Wednesday, Forsberg was back in the line-up and scored the Predators’ only two goals in his return, including this beauty:

If the Blues want to stay second in the Central Division, they’re going to have to do better than they did this past week. The Blues lost two of three, and those losses came to teams they should have beat.

St. Louis lost 4-1 to the Stars on Saturday, but beat the Golden Knights 5-2 on Monday. Then, just before the Thanksgiving break, they dropped to the Red Wings, 4-2.

Forward Jordan Kyrou continues to lead the team with 20 points and 8 goals. The only injury the Blues are dealing with right now is James Neal, who is day-to-day with an undisclosed injury.

The Winnipeg Jets say they’re not worried about this four-game skid, but they’re not taking it well on the ice. Winnipeg lost 3-1 to the Pittsburgh Penguins on Monday. Dominic Toninato scored Winnipeg’s lone goal.

But the real story came on Wednesday night, when Elvis Merzlikins and the Columbus Blue Jackets shut them out 3-0. The Blue Jackets were up by two goals late in the third period, when the Jets pulled their goaltender. But watch what happens next:

Winnipeg’s Josh Morrissey kneecapped Andrew Peeke after Peeke scored the empty netter. You would think Morrissey would at least receive a one-game suspension for such a blatant slash, but you’d be wrong. Morrissey received a two-minute penalty for slashing in-game and a $5,000 fine from the NHL Department of Player Safety.

The slash was an act of frustration from Morrissey, who has been invisible during Winnipeg’s losing streak. Morrissey’s last point came five games ago.

The top forwards are having just as much trouble. Kyle Connor has scored 1 goal in his last five games after starting the season at a blistering pace. Pierre-Luc Dubois has just 2 goals in his previous five games, while Blake Wheeler and Mark Scheifele continue to be virtually non-existent. Wheeler has 5 points in 14 games this season, while Scheifele has 7 points in 13 games.