We pass by the buildings each day — City Hall, the Norquay Building, the Centennial Concert Hall — but they are the pride, joy and footprint of a Winnipeg architecture firm.

The new book Green Blankstein Russell and Associates: An Architectural Legacy has captured the architectural impact of one of the city’s longest running and most well-known firms.

Easton Lexier, who was an engineer with GBR for 50 years, said the company started in 1908 “when an immigrant Jewish architect from Odessa set up practice here.”

When he died, his son Cecil Blankstein and friend Lawrence Green took the firm over officially founding GBR in 1932 — with G. Leslie Russell and Ralph Ham also part of the creation of the firm.

They were all graduates of the School of Architecture at the University of Manitoba.

Green Blankstein Russell and Associates: An Architectural Legacy has captured the architectural impact of one of the city’s longest running and most well-known firms. (Kelly Malone/CBC)

They built a name for low-cost housing proposals, the Wildwood Park subdivision and eventually for their Modernist style.

“The first building that we designed of that nature was 222 Osborne St. N., our office building,” Lexier said.

From schools and churches to the old Winnipeg airport, the book showcases the plans, drawings and buildings the firm created that shaped the city.

While Lexier couldn’t pick a favourite, currently he is “most recently in love with” the Asper Jewish Community Campus. While working on the site, there were three existing buildings that had to remain, adding a challenge, he said.

But eventually the design didn’t just create a structure, it created a community.

“It’s a complete city from the little kids in the cribs and the school and the swimming pool, it’s just a wonderful facility. One of the best in North America, as a matter of fact, people visit from all over to see what they did here,” Lexier said. 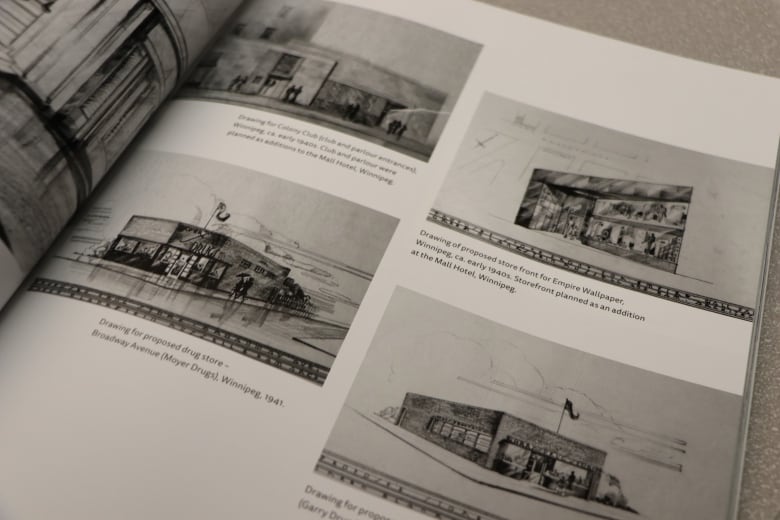 Green Blankstein Russell and Associates: An Architectural Legacy looks at how many of Winnipeg’s iconic buildings came to be. (Kelly Malone/CBC)

Flipping through the pages of the book, Lexier said it’s amazing to see the footprint of the firm around the city. For architects, that’s the greatest honour.

“The legacy is their buildings, that’s the legacy of all architects,” he said.