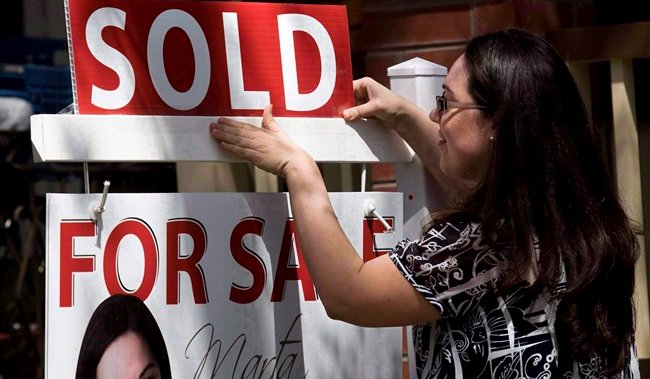 WINNIPEG – Real-estate agents in Manitoba could face stiff fines and have disciplinary action against them posted online if they don’t adhere to a code of conduct in proposed legislation.

The NDP government tabled a bill Tuesday that would also give the province’s securities commission power to draw up regulations for the industry and cap sales commissions.

“We’re trying to move from the day of sending messages by carrier pigeon to using modern technology,” said Consumer Protection Minister Ron Lemieux. “That’s the kind of changes that have taken place over the 60 years since this legislation has been changed.”

The proposed legislation would require all agents to sign a service agreement that explained exactly what they would do for a client and spelled out the sales commission and fees. Agents would have to adhere to a code of conduct prohibiting conflicts of interest and which would hold them accountable for inaccurate information.

Any agent who represented both a buyer and a seller would have to disclose the conflict ahead of time. Agents who contravene the code could face fines of up to $500,000 — up from the current $2,000 maximum.

Don Murray, chairman of the Manitoba Securities Commission, said the proposals are a big improvement.

“There seems to be a feeling out there — not a general feeling but a feeling among a good number of people — that the transparency and accountability have taken a downward turn in the operation of the real-estate market,” he said. “This new legislation will allow us to address these concerns as regulators.”

Currently, he said, real-estate agents can only be disciplined if they are found guilty of fraud. The new legislation also would see them held accountable for professional misconduct and “conduct unbecoming.”

The commission will be drawing up the regulations and could look at capping sales commissions, Murray added.

“That’s not something we would do just for the heck of it,” he said. “That’s something that would be done only if there was a problem that was evident and there was consultation.”

“Things have changed in the last 60 years and real-estate services are no different,” he said. “Many of these changes are very positive. They will add some consumer protection. They will place a higher level of expectation on practitioners in the real-estate industry.

Opposition Leader Brian Pallister wouldn’t say whether his Progressive Conservative party will support the bill. He said he is skeptical of the NDP’s motives given its decision last year to increase the provincial sales tax one percentage point.

“You’ve just seen the highest increases in home insurance ever under this government,” Pallister said. “Manitoba homeowners are really paying a higher price for having this government in place.”