The stone that built Winnipeg is entering a rock hall of fame.

Tyndall Stone, the tan-coloured variety of limestone quarried only in Manitoba that adorns the provincial legislature and many other Winnipeg landmarks, has been named a Global Heritage Stone Resource Tuesday by the Subcommission on Heritage Stones, a part of the International Union of Geological Sciences.

It’s the sole Canadian stone on the list, which include 32 varieties of rock from around the world. Others include Carrara marble, which was used to build the Pantheon and other buildings of ancient Rome, and Makrana marble, the stone used in the construction of the Taj Mahal.

“We always knew it was special, but now everybody else does,” says Donna Gillis, operations manager at Gillis Quarries, which has owned the business in Garson, about 50 kilometres northeast of Winnipeg, since 1912. “To be the first Canadian stone recognized is pretty special.”

Research efforts by Brian Pratt, a geology professor at the University of Saskatchewan, and Douglas Young, curator of geology and paleontology for the Manitoba Museum — not to mention millions of years of geological pressure — have led to Tyndall Stone’s new designation.

Tyndall Stone is commonplace among architecture in Winnipeg and across Manitoba, and it can be seen at many city museums, government buildings, schools and hospitals. It’s also featured across Canada, including the interior of the Centre Block of Parliament Hill in Ottawa, the Canadian Museum of History in Gatineau, Que, and the Empress Hotel in Victoria.

Gillis keeps an eye out for how Tyndall Stone is used during her travels, and found a rich vein of it at the Canadian Embassy in Berlin, which was built in 2005 and uses Tyndall Stone in the building’s interior and exteriors.

“A whole curtain wall and mounting system was different and I was able to go back a year later with my daughter and tour a little bit,” Gillis says. “They used materials from around Canada in it, but it was nice to see ours was pretty predominant. The way they used it was different for us and unique.” 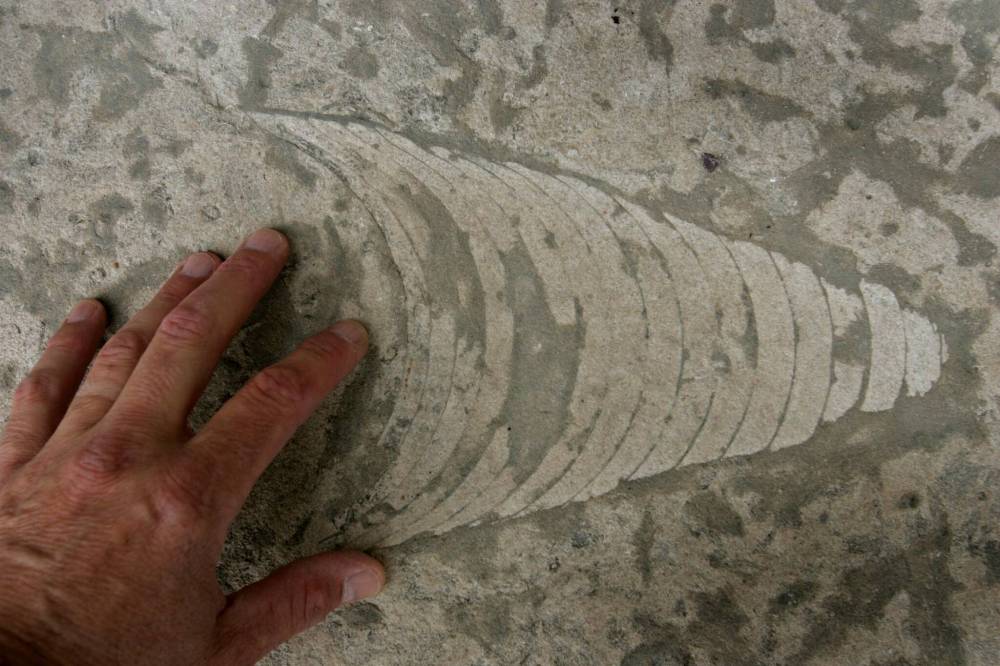 Fossils, such as this one at the Manitoba Legislative Building, are common finds in Tyndall Stone. (Wayne Glowacki / Winnipeg Free Press files)

Tyndall Stone is also a resource for paleontologists such as Young, who have spent hours searching through different layers of rock for fossils. He worked on a study that found about 100 species of trilobites, gastropods and other species that lived more millions of years ago have been discovered in Tyndall Stone.

Tyndall Stone was created from layers upon layers of sediment at the bottom of a sea that covered most of North America 450 million years ago. The mottles and fossils that can be seen in the stone today were created by tiny prehistoric animals burrowing and getting stuck in the mud that eventually became layers of rock.

Unlike other types of limestone, Tyndall Stone doesn’t break apart easily and is mined in huge blocks, from where Gillis Quarries cuts the stone into smaller slabs for building materials or decorative items.

Tyndall Stone took millions of years to form, and it continues to stand the test of time in Winnipeg’s architecture.

Workers at the Manitoba Museum and the Centennial Concert Hall have been pulling off Tyndall Stone cladding in recent months, replacing insulation and brackets underneath that hold up the stone cladding, and hauled the original slabs back in place.

“We now have lots of buildings in town here (with Tyndall Stone), dozens of buildings that are over a century old that are still in fine condition,” Young says. 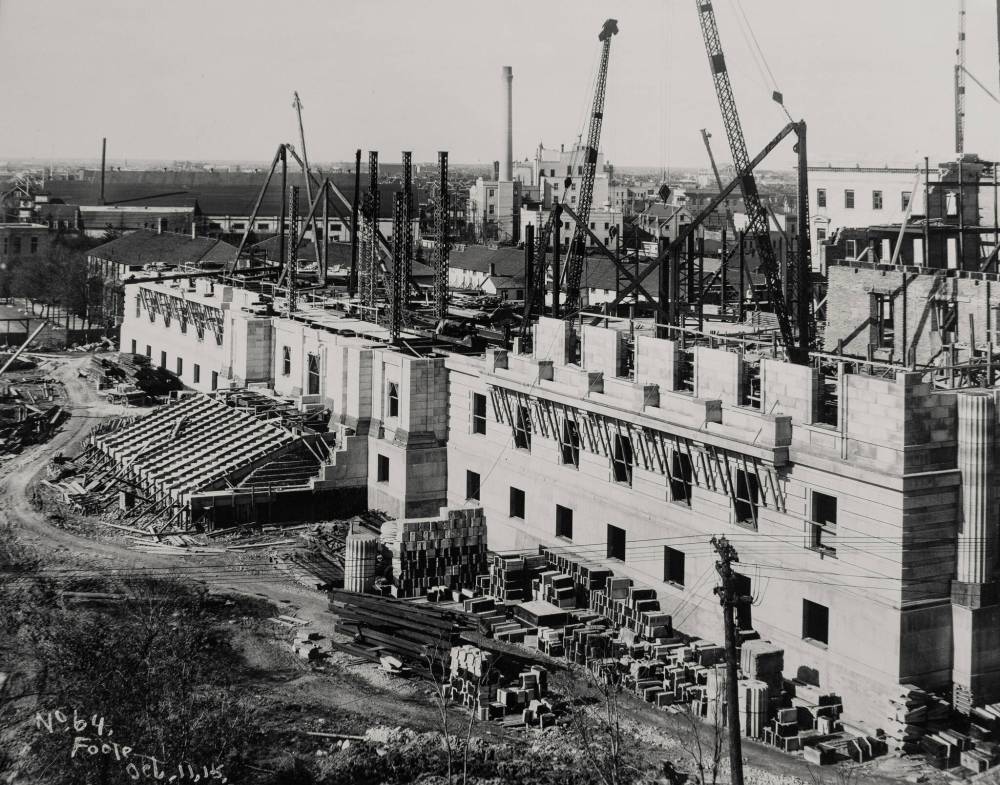 The Manitoba Legislative Building is famously built out of Tyndall Stone. (Archives of Manitoba / L. B. Foote)

MKO, Mathias Colomb Cree Nation on the lookout for lady who they are saying was kidnapped in Winnipeg