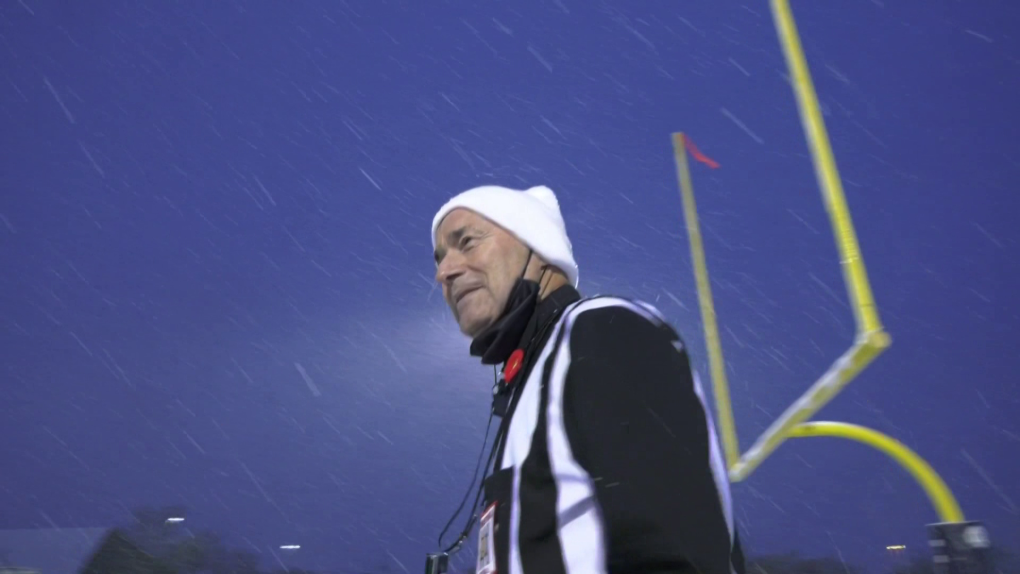 Manitoba football marked the end of an era last week.

Ken Lazurak, in true Winnipeg fashion, took to a snow-packed high school field to referee a football game one final time, ending a 56-year run, and leaving everything on the field.

“I want to be the one to say, ‘I think that’s enough,’” he said following the game. “I don’t want somebody to come up and say, ‘You know Ken, maybe you ought to retire.’ I’m making the call. I figured, you know, let’s get out now while I’m sort of at the top.”

Lazurak found his path to a football career in high school in the 1960s.

“It was six-man football, I went out with a friend of mine when I was at Kelvin High School,” he said. “So yeah, I remember it. I had never gone to a clinic or anything, but he asked me to go out and help, so I went out in helped him.”

Lazurak added, “I wasn’t going to go anywhere as a player, I was a good player in high school, but still I knew it, and I didn’t even look at going to university because I wasn’t good enough, and I wanted to stay in contact.”

In 1977, Lazurak achieved his dream of making it to the CFL, calling his first game in Regina.

“I considered myself a really good official, and then the game started, and I was like, ‘Whoa! These guys are fast,” Lazurak said. “It overwhelmed me how good they were.”

From there, he worked his way to becoming one of the league’s top officials, which included working 10 Grey Cup games during his tenure.

However, the 1991 Grey Cup in Winnipeg, where he served as the head referee, sticks out for him.

“It was spectacular,” he said. “I’m having lunch with the premier, a referee, you know.”

Lazurak officiated his final CFL game in 2008, but did not hang up his whistle for good. He instead remained an integral part of Winnipeg’s football and hockey officiating community and established a professional standard for Winnipeg minor football. 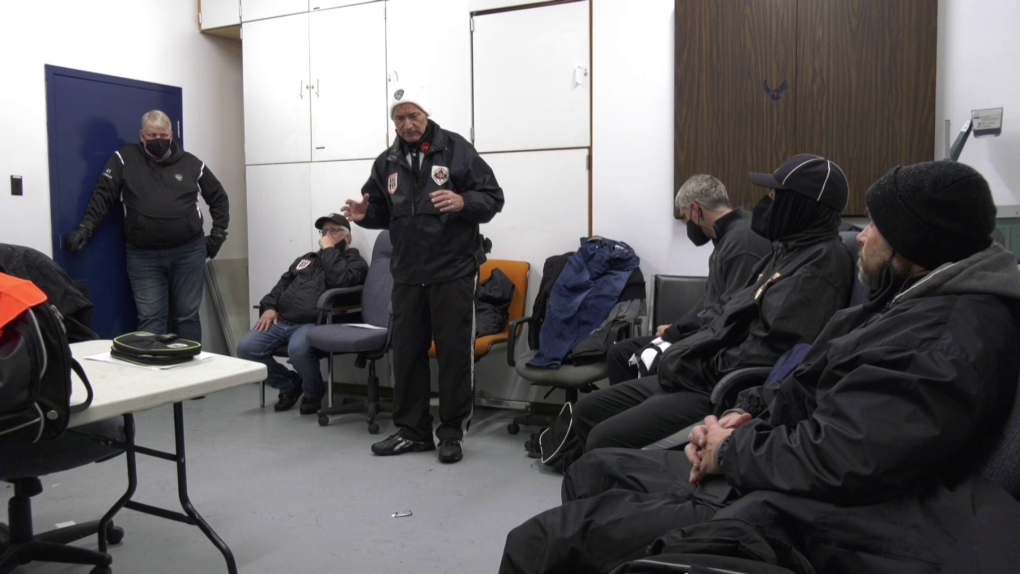 “He’s somebody who has made sure all of his ducks are in a row, and he makes sure all of the people he is working with have the keys to be successful as well,” said Steve Dolyniuk, a CFL field judge. “That’s what he has been doing through his entire career, mentoring people, both at the amateur and professional level.”

“He made sure to come and talk with you after a game,” said Rick Henkewich, commissioner of the Winnipeg High School Football League. “He was just a fountain of information.”

His mentorship does not go unappreciated by those who have been privileged to work with him.

“I’ve been able to do a lot more in my career listening to him,” said J.P. Chorney, a football official. “Like, I can read things in a textbook, watch clips, but you don’t get that same kind of experience without a mentor bringing it along like Ken has.”

Working with countless teams of officials over the years, Lazurak said he cherishes the many memories made on and off the field.

So on a snowy night in Winnipeg, the final whistle blows on another high school championship. The Winning team storms the field to celebrate one of the happiest moments of their young lives.

Meanwhile, another, more subdued celebration takes place just off the field to celebrate one of Manitoba’s most illustrious football careers. 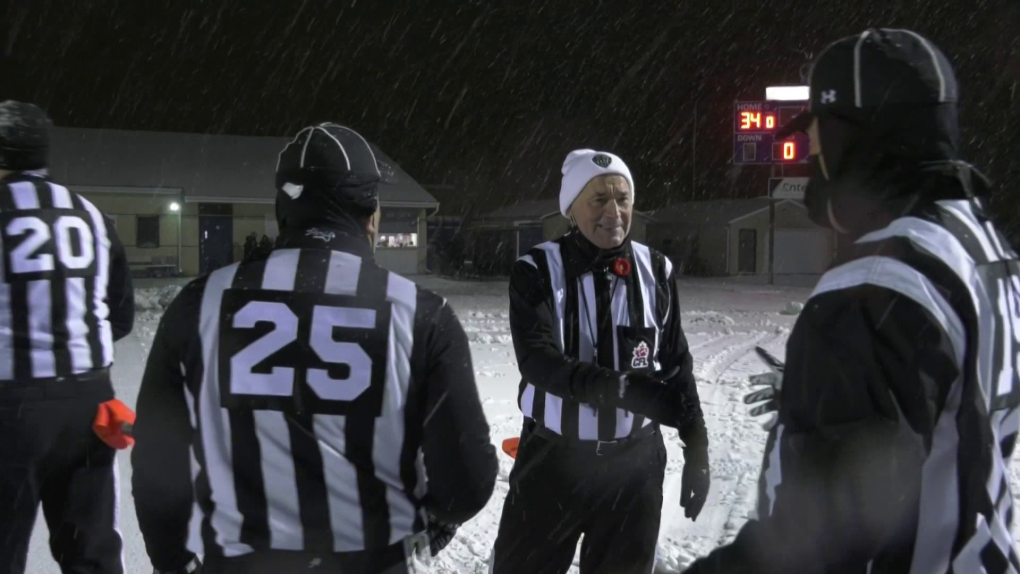 Ken Lazurak (centre) shakes the hands of the referee crew following his final football game as an official in November 2021. (Joey Slattery/CTV Winnipeg)