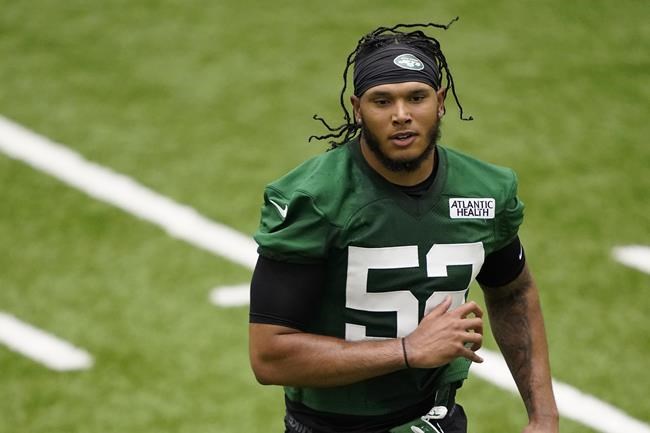 The deal for Johnson includes a $6.7 million signing bonus and the standard fifth-year option for the Jets.

New York traded back into the first round to snag Johnson, who is expected to be an immediate contributor as a pass rusher. The former Florida State standout was named the ACC Defensive Player of the Year last season after leading the conference with 12 sacks and 18 1/2 tackles for loss.

What you need to know now about gardening in Winnipeg. A monthly email with advice, ideas and tips to keep your outdoor and indoor plants growing.

“Mindset, violence,” Johnson said recently during rookie minicamp when asked what the keys are to setting the edge on defense. “There’s no pretty boy work in the trenches. It’s fun and sacks look good and stuff like that, but first and second down are primarily runs, so you have to earn the right to rush the passer.

“And what comes with that at my position is setting the edge, and you have to be violent and take your job serious.”

Johnson, a native of Eden Prairie, Minnesota, began his college career at Independence Community College — where he was among the players featured on the Netflix documentary series “Last Chance U.” He transferred to Georgia and played two seasons for the Bulldogs before heading to Florida State and playing his way to being a first-round draft pick.

“It’s awesome,” Johnson said. “I mean, kind of the dream aspect, just envisioning myself being in this position and, you know, actually being here ”