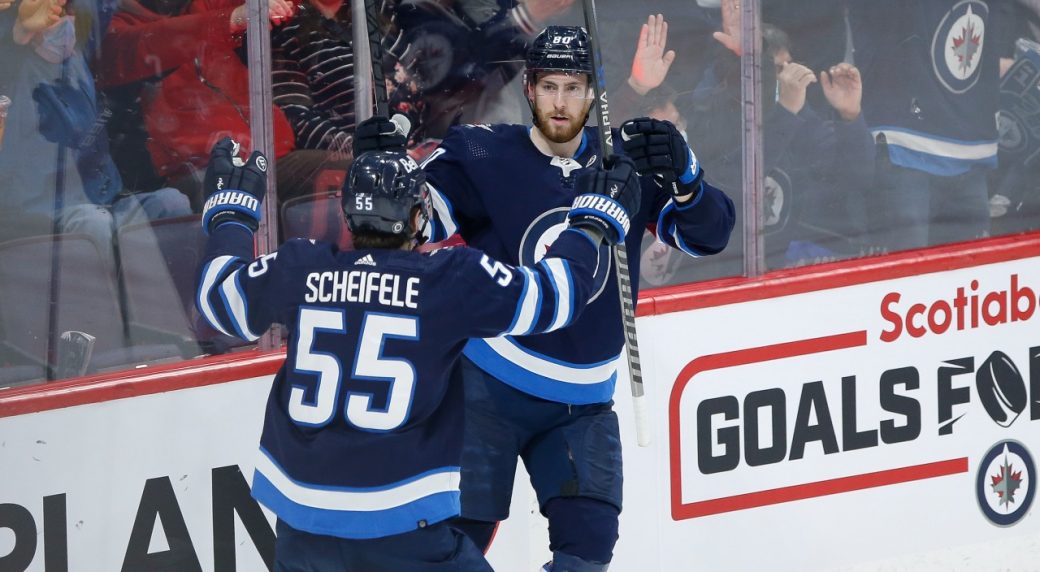 WINNIPEG – Pierre-Luc Dubois hasn’t given his contract situation a whole lot of thought, but he won’t be treating it casually either, now that he’s about to have a little more time on his hands.

As the Winnipeg Jets centre spoke with reporters on Friday morning, there were the usual queries about the disappointing season that wraps up Sunday with a matinee against the Seattle Kraken, though the emphasis was on the things he would be looking for in his next contract.

“We haven’t really talked. There’s been no real discussions,” Dubois said before the Jets took on the Calgary Flames on Friday night. “It’s not something I’ve put that much thought into. I’ve enjoyed my two years here. I like the guys, I like the group, I like the team. I’ve had a fun two years. It is somewhere I could see that. I know it’s hard to believe, but I haven’t put that much thought into it. That’s what these next four, five months are for. We have time. As soon as this season’s over I’m sure discussions will start and start picking up. I think that’s when most of the thinking will get done.”

Since Dubois is a pending restricted free agent, it’s natural to wonder what that next deal is going to look like.

Being two years away from pending unrestricted free agency is an interesting spot to be in: close enough to ponder what the open market might look like, but far enough to wonder whether or not he’d like to simply plant his flag here for the foreseeable future.

There’s no question that getting Dubois’ signature on a long-term deal is one of the top priorities for the Jets this off-season.

They gave up a big package to get him from the Columbus Blue Jackets and they did that because they want him to be a foundational piece.

Dubois has been one of the key cogs this season, establishing a career high for goals (28) and inching towards the 61 points he recorded during his second year as a professional.

He leads the Jets in power-play goals (15) and is among the league leaders in both penalties drawn and penalties taken, a surefire sign of engagement and being involved in the guts of the game.

Dubois has played a good chunk of the season on a line with Kyle Connor and the two have developed great chemistry together.

As someone who played alongside Artemi Panarin before he left as a free agent to join the New York Rangers, finding a regular linemate – especially one with 50-goal scoring potential – would fall into the category of curb appeal when it comes to considering a long-term deal.

“It is, yeah. Good players want to play with good players,” said Dubois, who is expected to join Team Canada and suit up at the IIHF Men’s World Hockey Championship. “If it’s him or… we have a lot of good players here. That’s definitely an important factor. There’s a lot of them. Everybody’s different and everybody has different opinions of everything. Playing with good players is up there on the list of important things.”

Another important part of the equation is that Dubois isn’t afraid to make hard decisions or to stand by what he believes in.

After considering signing a long-term deal with the Blue Jackets, Dubois eventually asked for a trade and signed a bridge contract before he was moved.

Trying to look into the crystal ball can be complicated and a player’s priorities can shift over time, especially when you’re 23 and could eventually consider a deal that takes you into your 30s.

“It’s easy to judge people but at the end of the day, we all have different mindsets in what is important to us and what is not. It’s not an easy decision to make. It’s not just here’s money and here’s years. If it was that I wouldn’t have taken a risk two years ago and asked for a trade out of Columbus. It’s a very important and very tough decision to make, and that’s why I said these next four, five months will be important to think about everything and all the different scenarios possible.”

The transition to the Jets last season was fraught with challenges, but Dubois showed accountability throughout and then attacked those things during his offseason training and the results are in plain view for all to see.

It’s clear there’s still room for growth in his game, but this is a player who is driven to reach new heights and to push himself to get better.

“First of all, I think it’s easy to forget just with how long he’s already been in the league, obviously his size and everything else, he’s still a young guy,” said Jets defenceman Josh Morrissey. “So when we got him, coming in, I think it was tough with his quarantine and getting going and I think just this year he’s been fantastic all over the ice. Obviously brings intensity and you can see that every part of his game is developing and the size, the strength, plays around the net, obviously the physicality as I mentioned, it’s been on display all year.

That combo platter of raw power and talent is why the Jets should be willing to bet on Dubois to continue his ascension as a power forward that can eventually push to be a point-per-game player while being a responsible two-way player that plays with an edge.

“When he is at his best, he’s carrying the puck through the neutral zone, he’s got guys on his back, and he’s protecting the puck, creating space for his linemates,” said Jets centre Adam Lowry. “You really see that kind of development, and he’s only going to get stronger, he’s only going to get faster. That’s the thing we’re the most excited about, how he can impact the game in more ways, whether it’s physical, whether it’s with his skill.”

Dubois is also among the group of players who have taken ownership this season through both words and actions, showing excellent leadership in the pursuit of excellence.

He’s the kind of guy who could easily wear a letter down the road, maybe even the “C” as a future captain, provided he decides to commit to the program.

“The top teams and the teams that stay at the top for a while, they have leadership groups and every team has guys that wear letters but I think everybody in the locker room can be a leader in some way,” said Dubois. “Some guys are more vocal. Some guys just lead by example. Some guys just work so hard that everybody can look at them in practice or in a game, stuff like that. It takes different kinds of guys and personalities and players in a team.

“I think we have a good leadership group here. Some guys can come up here and talk and some guys it’s on the ice, everybody is different. I think the more personalities you can have and when everybody clicks together, that’s when you can build a strong team and a strong base to set everything in place for a long time, not just for a year or two.”

Ensuring that Dubois sticks around these parts for a long time would be one of the ways the Jets can expedite the process of returning to contender status and then working on the next steps of staying there.

Another important part of this process is going to come down to what Dubois hears from Jets general manager Kevin Cheveldayoff during his exit meeting.

Getting a glimpse of the direction of the hockey club is something he’ll want to have some clarity on before further contemplating signing on the dotted line.

“Yeah. I’m somebody that likes to daydream and think of every scenario possible, go into detail on everything. I think I’m somebody that doesn’t leave much to chance,” said Dubois. “I like, when I make a decision, for it to be well thought out. Everything, every little detail about everything. It’s an important decision. It’s not just two to three years, it could be, if you think long term and everyone has a different definition, but five, six, seven, eight. You’ve got to think, where am I going to be in six years from now?

“It’s all part of the process and it’s not easy but, yeah, this year, as disappointing as it has been, we have a good team here. It sounds tough saying that not being in the playoffs, but I know we have a good team in here. We have good players, and I know the coaching staff has done as much as they could this year, they pushed us as hard as they thought we could. It’s a disappointing year, all in all. But I know everybody in there has done as good a job as they could.”