Jets have to make good on draft picks, however Cheveldayoff’s largest activity is discovering rapid assistance on defence 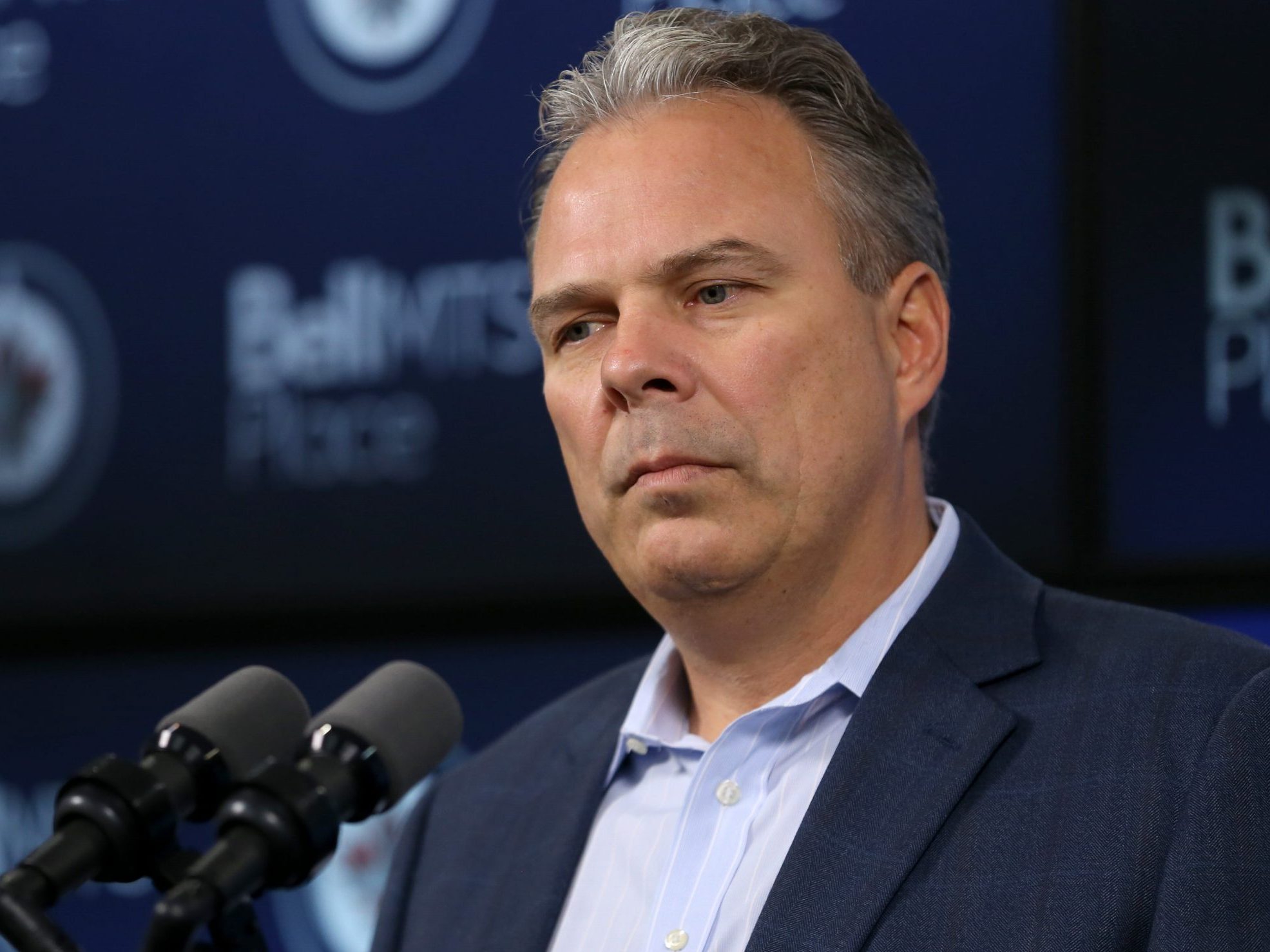 They don’t pick until 18th overall and currently have only four selections in total, so it’s hard to imagine the Winnipeg Jets making themselves immediately better through the NHL Draft on Friday and Saturday.

Any moves to improve the roster instantly will have to come through trades — what better time to make them than at the draft? — or through free agency, which opens next Wednesday.

Because of previous trades, the Jets only have picks in the first, second, third and fifth rounds of this year’s draft, which will be held remotely. It starts Friday night with the first round and concludes with Rounds 2-7 on Saturday.

With their stockpile of prospects starting to run a little low, the Jets seem more likely to add picks for this weekend than to trade what they’ve got, but general manager Kevin Cheveldayoff needs to make a move to improve the Jets defence corps and that makes all of this a little more complicated.

The Jets’ blue line was the weakest part of a team that made it to the second round of the Stanley Cup playoffs last season. Top-minute D-men Neal Pionk, a restricted free agent, and Josh Morrissey need some help and though returnees Dylan DeMelo and Logan Stanley could be joined by 2019 first-round pick Ville Heinola in the top-6, it looks like Cheveldayoff needs to target a good-sized, minute-munching right-side defenceman to get this group to where it needs to be.

“I think it stares at you first,” Cheveldayoff said about adding to the right side of the blue line. “I think when you look at the screen, that’s what you see first, when I look up on my board. Our youth is on the left side. Sometimes you’ve got guys that maybe can play the right side.

“But in the process of trying to add, I think you first keep an open mind and see what might be there, whether it’s right side or left side through trade or potential free agency, and then you hone in on it. You see whether it’s a better opportunity for the money and vice versa.”

As Cheveldayoff has found out many times, it’s not a perfect world. You can’t just throw money around and attract free agents to Winnipeg. You can’t just dangle a draft pick and get the perfect right-shot D-man.

“There’s not always that perfect right-hand shot fit that’s 6-foot-4, 260 pounds that can shoot the puck like crazy and used to rag doll two players all the time,” he said, an obvious reference to the retired Dustin Byfuglien.

As for the draft itself, it’s awfully tough to speculate about which player the Jets may get at No. 18 overall, in the first round. It truly could be any of a dozen players by that point, but a team that needs big, strong defencemen could certainly take a look at Winnipegger Carson Lambos (Winnipeg Ice), who is 6-foot-1, 197 pounds. He’s ranked 11th among North American skaters and is projected to go somewhere in the middle of the first round.

Perhaps a player like Corson Cuelemans, a 6-foot-2, 198-pound blue-liner from the University of Wisconsin would fit the bill? Or maybe Russian Daniil Chayka, who is 6-foot-3, 187 pounds?

The Jets could easily draft a forward as well, as it’s not like any defence prospect taken this year is likely to make an impact in 2021-22.

Many of these players didn’t have proper seasons in 2020-21 because of the COVID-19 pandemic and scouts were not easily able to travel to assess the ones that did.

“It certainly was a challenge,” Cheveldayoff said. “We had some scouts that were more fortunate than others and were able to have some live views. Certainly, the players in Europe, there was more opportunity to see them for the scouts, and in the U.S., as well.

This is certainly a busy time of year for Cheveldayoff and his staff. He’s got three key restricted free agents he needs to sign — Pionk, Stanley and winger Andrew Copp — and says he has spoken to the agents for eight players who will become unrestricted free agents next Wednesday, including the likes of veteran forwards Paul Stasnty, Mathieu Perreault and backup goalie Laurent Brossoit.

And this is a general manager heading into his 11th season on the job, who has taken some heat over the team’s regression since the 2018 playoffs.

There’s not a lot of room for error in Cheveldayoff’s world right now, at least in terms of how his work is perceived by the fan base.

The good news is, the Jets have consistently performed well at the draft, even when they’ve picked in the middle of the first round.

“Some of the players that we’ve picked in the past in this range have gone on to be very good players for our organization,” Cheveldayoff said, adding that trading up or down in the draft is also an option.

“There might be some situations where, for us, if we’ve lost the players off the board we covet, we might move back. It just depends on how it all unfolds in front of you.”

Sign up to receive daily headline news from the Toronto SUN, a division of Postmedia Network Inc.

The next issue of The Toronto Sun Headline News will soon be in your inbox.