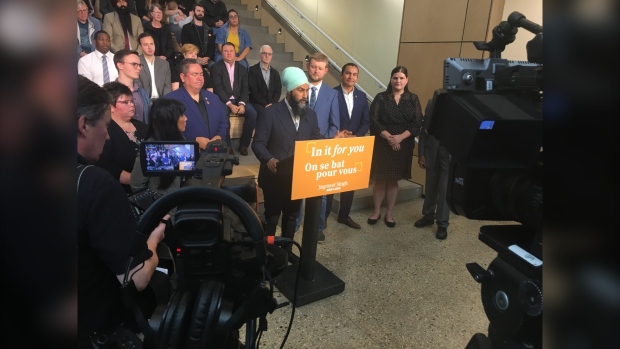 Federal NDP Leader Jagmeet Singh is in Winnipeg Tuesday, and he’s promising to electrify public transit across the country by 2030.

The pledge is part of a climate change announcement Singh made at the University of Winnipeg.

Singh says he’d work directly with cities to electrify transit, but also notes the provinces would be involved.

Singh couldn’t put a cost on this, but says Canada can’t afford to not act because of climate change.

“This is a massive investment in public transit and we know that transportation is one of the leading sources of greenhouse gas emissions,” he says.

He also pledged a climate bank to help fund an east-west hydro corridor.