How one can vote in Winnipeg’s election

With Winnipeg’s civic election just around the corner, many voters are making their final deliberations about whose names they’ll mark on their ballot.

Some may also have questions about the voting process itself.

Who’s allowed to vote? What do you do if a disability prevents you from filling out a ballot? Can you vote if you’re not registered? What kind of identification do you need to have — and what if you don’t have any?

If you didn’t already cast your ballot at advance polls, here’s what you need to know before voting on Oct. 26.

What can I vote on?

You also don’t have to vote for all those positions — if there’s no one you want to vote for in any category, you can leave that spot on your ballot blank.

And while you’re allowed to vote for anywhere from one to four school trustees (depending on where you live), you can choose fewer than that, too.

How do I know which ward I’m in?

You can enter your home address here to figure that out.

That search will tell you which city council ward you live in, plus the school division ward you’re in.

It will also tell you where you can vote on election day. 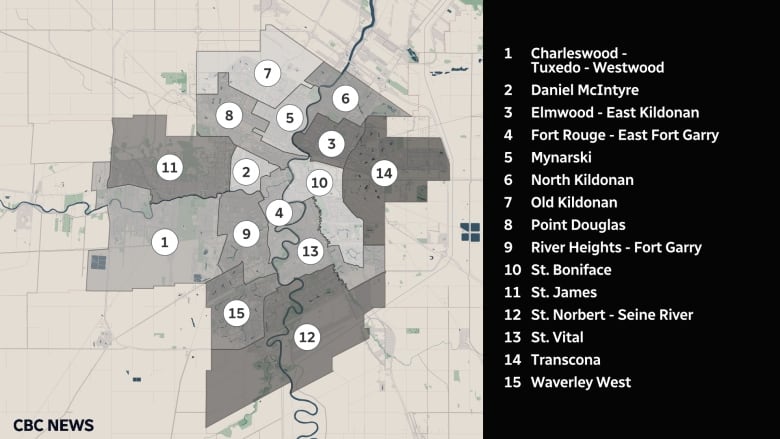 People in Winnipeg will head to the polls on Oct. 26 to vote for a new mayor, councillors and school trustees. (CBC)

Who can I vote for?

For mayor, you have 11 options. You can read more about what each candidate is promising here.

For councillors, you can read more about who’s running in your area by clicking on CBC Manitoba’s ward profiles below.

For school trustees, you can see the full slate of candidates on the city’s website.

Yes, if you meet the following criteria.

If you’re a Canadian citizen, have been a resident or property owner in Winnipeg for at least six months and are at least 18 by Oct. 26, you’re eligible to vote for mayor and your ward’s councillor.

If you’re all those things and a resident of your school division ward on Oct. 26, you can also vote for school trustee. More details about determining residency are listed on the city’s website.

What kind of ID do I need?

You have two options.

The first is to show a government-issued piece of identification with your photo, name and address on it, like a driver’s licence or enhanced identification card.

The second option is to show two pieces of identification that together prove your name and address.

Both of these need to have your name on them, but only one has to have your address. For this option, you can use things like credit card statements, utility bills or voter’s notices — or a number of other options, listed here.

Can I vote if I don’t have ID?

Yes, but you need to take an oath. This option is for people who don’t have a fixed address, like those experiencing homelessness.

In this case, the voter is deemed to live at the shelter, hostel or similar institution that most often gives them a place to stay, food or social services.

According to Manitoba’s Municipal Councils and School Boards Elections Act, a person’s oath regarding that place is conclusive, as long as there’s no evidence to the contrary.

Do I have to vote in person?

Not necessarily — you might be able to vote by sealed envelope ballot, but you have to apply to do so by the deadline.

The option is available for people in a few different situations, such as they can’t get to the polling station because of a disability. The full list of reasons someone could vote this way is on the city’s website. 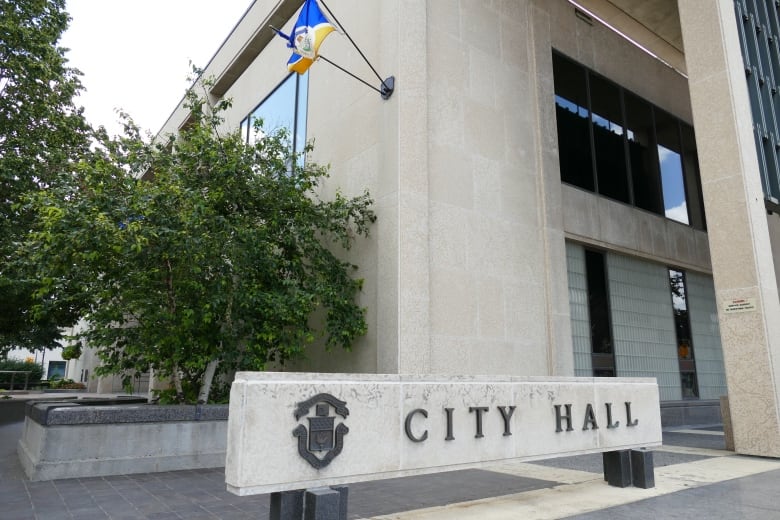 Sealed envelope ballots need to be returned to the senior election official at city hall before voting closes on Oct. 26. (Jeff Stapleton/CBC)

If you didn’t apply for the sealed envelope package by Oct. 14, you need to make alternative arrangements with the city clerk’s department to get one.

And no matter when you applied for it, you need to return your ballot to the senior election official in the city clerk’s department — not a polling location — before voting closes at 8 p.m. on Oct. 26.

You have to apply for this option by Oct. 23 at 4:30 p.m. More details about the process are available on the city’s website.

What if I have a disability that means I can’t fill out a ballot?

You have a few different options, depending on what you need.

One is a ballot-marking device, which is for voters who can’t mark a paper ballot with a pen.

This option gives the choice of an audio-tactile interface, a sip and puff device or a paddle button device and headphones to navigate through an audio version of the ballot options.

Braille templates are also available in all voting places.

Voters can also ask an election officer or someone they bring with them to help.

But anyone who helps someone vote needs to take an oath at the voting place — and no one other than election officers is allowed to help more than a total of two voters.

Can I still vote if I’m not registered on the voters list?

As long as you meet the criteria for voting, you can cast a ballot by presenting your identification and taking an oath at the voting place.