How did the Winnipeg Jets 2020 Draft Class Carry out this Season? 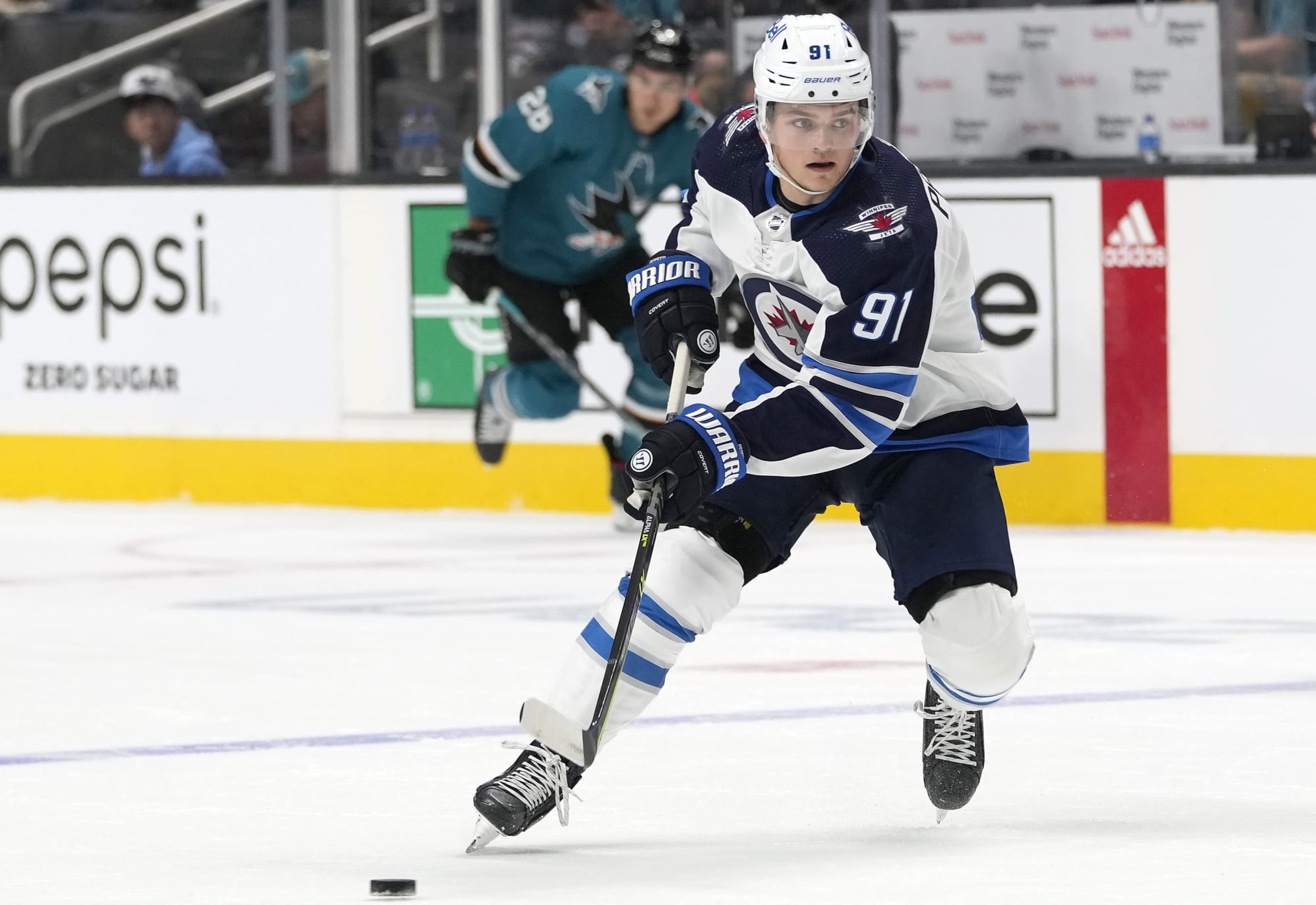 Looking back to the 2020 NHL Entry Draft, the Winnipeg Jets only had four draft picks at the draft due to a number of trades in years prior that sent some of their selections to various franchises.

The Jets had the tenth overall selection, then they had one second-round pick, a fifth-round pick, and finally a sixth-round selection.

So far only one of the four selections the Jets made during this draft has gone on to feature in an NHL game for the Jets. While one has signed an entry-level contract for the upcoming season and two have yet to sign with the Jets.

The four players from Winnipeg’s 2020 draft are Cole Perfetti, Daniel Torgersson, Anton Johannesson, and Tyrel Bauer. This article will give a quick recap on how each of these players performed during the most recent season, starting with the highest drafted player first.

Perfetti was boosted by the absence of Mark Scheifele due to his suspension to start out the season and made the Jets’ opening night roster.

The then nineteen-year-old made his NHL debut against the Anaheim Ducks and appeared in the Jets’ next game, but was then sent down to the AHL after his first two NHL games.

The Jets’ top prospect then played 17 games with the Manitoba Moose before he got his next callup to the Jets’ lineup in January. In those 17 AHL games, Perfetti had six goals, nine assists, and a plus-6 plus/minus.

Due to the Jets’ injury and covid struggles in early January, Perfetti received a callup and went on to play 16 more games with the Jets. He went on to score two goals and add five assists in those games.

Unfortunately, Perfetti’s rookie season ended on February 17 when he suffered an upper-body injury against the Seattle Kraken and was subsequently added to the long-term injured reserve.

The six-foot-three-inch Sweden-born forward started the season with Frölunda HC in the SHL which is the top league in Sweden. After appearing in one game, he was then loaned to AIK who compete in the Swedish second division.

Torgersson impressed with AIK. In 40 games he had seven goals and ten assists and ultimately earned the callup to Sweden’s World Junior Championship team.

In April, after the Swedish season ended, Torgersson put pen to paper on an entry-level contract with the Jets and was sent to the Moose. Torgersson’s first Jets contract is set to begin at the start of the 2022-2023 season.

The twenty-year-old then played in four regular season games for Manitoba and scored two goals, added one assist, and had a plus-2 rating.

The Jets’ second Swedish-born player out of this draft is Johannesson who played this past season for HV71 J20, which is a junior team in Sweden.

Johannesson is known for his good skating ability and is a mobile defenseman. He registered six goals, twelve assists, and a plus-seven plus/minus during 26 regular season games. Then in five postseason games, he had two assists, but his team lost in the quarterfinals.

Johannesson has yet to sign with the Jets and is set to play the 2022-2023 season for HC Dalen in HockeyEttan, which is the third tier of the Swedish hockey pyramid.

The defensive defenseman then returned to the Seattle Thunderbirds for his fourth full season and was named the team’s captain for the second straight season.

Bauer had a great season as he helped lead his team to a playoff birth and had five goals and five assists in 32 regular season games along with a plus-15 plus/minus.

Unfortunately for the Alberta native, halfway through the season, he missed three and a half months due to an MCL injury, but he has recovered from his injury.

Bauer’s season is still alive as he and the Thunderbirds are in the WHL Western Conference Finals and are playing against Kamloops. Currently, the best of seven series is tied at 2-2.

During this playoff run, Bauer has three assists in 16 games and an incredible plus-16 plus/minus, which is the second-best in the league during these playoffs.

Winnipeg Jets Fans: Do you think the Winnipeg Jets will sign Johannesson and/or Bauer? Leave your comments below!