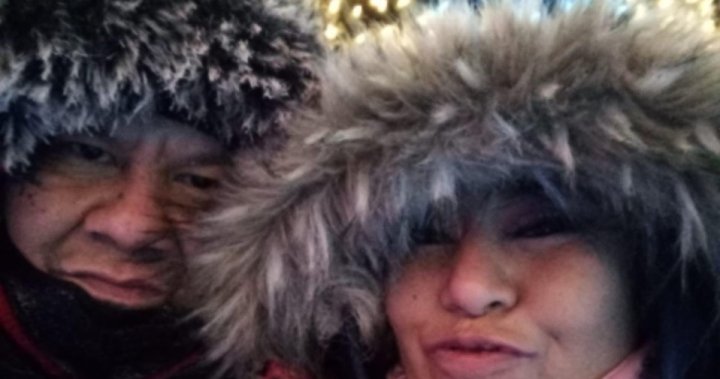 Family members have identified the man who died following an “interaction” with Vancouver police on the Downtown Eastside Monday as a father of seven from Winnipeg.

Chris Amyotte, a 42-year-old member of the Rolling River First Nation, had arrived in Vancouver on Aug. 12 to visit two of his children and extended family, his cousin Samantha Wilson said in a Zoom interview from Manitoba.

“Chris was very outgoing. He was the cousin that you could expect to show up at family dinner and expect him to start bugging everyone and teasing everybody. He was a joker, he liked to laugh and he loved his children and partner and was all about his brothers and his sister and mom,” Wilson said.

“It was obviously a very traumatic afternoon for a lot of Chris’s family — for his aunts, uncles, cousins, his brothers, his sister.”

The sequence of events leading to Amyotte’s death, which is being investigated by B.C.’s civilian police watchdog, the Independent Investigations Office, remain unclear.


Chris Amyotte with his partner Amanda, his mother, and three of his children.

1:15
Man dies after ‘interaction’ with Vancouver police in Downtown Eastside

Man dies after ‘interaction’ with Vancouver police in Downtown Eastside

Police say they were called to the area of East Hastings Street and Dunlevy Avenue around 8 a.m. to reports of a “man acting erratically.”

“Following an interaction with police, the man was taken into custody. He then went into medical distress and lost consciousness,” the department said in a news release Monday.

Witnesses reported that he had been attacked with bear spray, and had stripped his clothes off and was pouring milk on himself to try to relieve the pain when police shot him multiple times with a beanbag gun.

Wilson said witnesses have told the family that her cousin was not a threat to public safety, didn’t appear to be overdosing, and had been asking for help.

She said they were told he appeared to be non-compliant with police because of his reaction to the bear spray, and was shot twice in the chest with a beanbag shotgun. When he didn’t get on the ground as ordered, he was shot four more times in the back, the family was told.

“He was shot and his life was taken. A lot of my family members are struggling with the fact that he was unarmed, that he was alone, that he was asking for help,” she said.

“You know, when help arrived, this is what the help did that was supposed to take care of him.”

Wilson said the family hasn’t heard from police and has been left with a number of unanswered questions, including what protocols were followed for the deployment of beanbag rounds.

No video has surfaced from the incident, and Global News has not been able to independently verify details of witnesses accounts.

Police referred further questions on the incident to the watchdog, whose investigation will also include an autopsy to determine the cause of death. Global News has requested an update.

However, VPD spokesperson Sgt. Steve Addison said officers are trained in the use of beanbag shotguns as a “less lethal” alternative for crisis situations.

“They are used as an alternative to lethal force in situations when verbal communication and lower levels of force are inappropriate or are ineffective,” Addison said.

“They’re safe and effective alternatives to lethal force, and on the rare occasions when our officers are required to use lethal force, we often hear critics questioning why less lethal options weren’t deployed, as they were on Monday.”

Wilson said she doesn’t want to paint a picture that all police are bad people, but said she’d like to see more training in de-escalation and crisis communication.

She said she’d also like to see more compassion for people in the Downtown Eastside, many of whom did not choose the conditions they’re living under.

In the end, she said she wants people to remember her brother as someone who loved his family more than anything else.

“No matter how hard his life was, he still chose to see the bright side of things. He was happy. I don’t want him to be dehumanized because of the life that he lived and the choices that he made prior,” she said.

“He has a family who loves him, who cares about what happened to him and why it happened the way it did. I want him to be remembered as having a family who wasn’t afraid to speak out on his behalf.”

The family is planning travel to Vancouver to pick up his remains once the autopsy is complete, she added.