Funerals to start for victims of Pa. blaze that killed 10 – Winnipeg Free Press 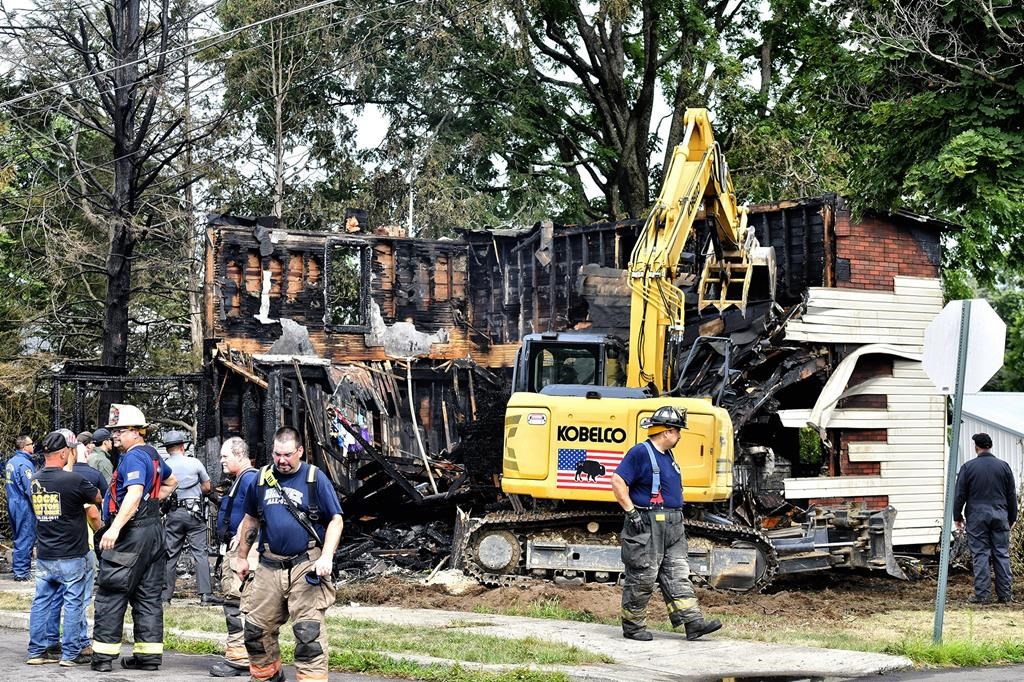 MANSFIELD, Pa. (AP) — Services were set to begin Friday for young siblings who died last week in a Pennsylvania house fire that also killed eight other people, as investigators continued to look for the cause.

The fast-moving, middle-of-the-night inferno destroyed the home in the small community of Nescopeck, where members of an extended family had gathered for a summertime sleepover.

The coroner determined that all 10 victims died of smoke inhalation. The Luzerne County district attorney, Sam Sanguedolce, has said a preliminary investigation suggests the fire broke out on the front porch. Three people were able to escape.Crews work to demolish a house that was destroyed by a fatal fire on the 700 block of 1st St. in Nescopeck, Pa., Friday, Aug. 5, 2022. Multiple people are feared dead after a house fire early Friday in northeastern Pennsylvania, according to a volunteer firefighter who responded and said the victims were his relatives. A criminal investigation is underway, police said. (Sean McKeag/The Citizens’ Voice via AP)

The cause remains under investigation, according to Sanguedolce.

As state police continued their probe, the first two funerals were set to get underway Friday afternoon, with mourners gathering at a funeral home in Mansfield to remember Ariana Trout, 7, and her brother, 5-year-old Bradley Trout.

Ariana “loved learning about styling hair and makeup,” according to her obituary, while Bradley enjoyed spending time at the library and playing Pokemon GO. He would have turned 6 on Thursday.

More funerals were scheduled for Sunday and Monday, including a joint service for 19-year-old volunteer firefighter Dale Baker and his sister, Star Baker, 22. Their father, also a firefighter, was one of the first firefighters on the scene of the Aug. 5 blaze.